Some highlights from emoji law in 2019:

I found 101 cases in 2019 that referenced “emoji” or “emoticon.” That nearly doubles the number from 2018, reinforcing that emoji law continues to grow exponentially. You can see the J curve in this chart: 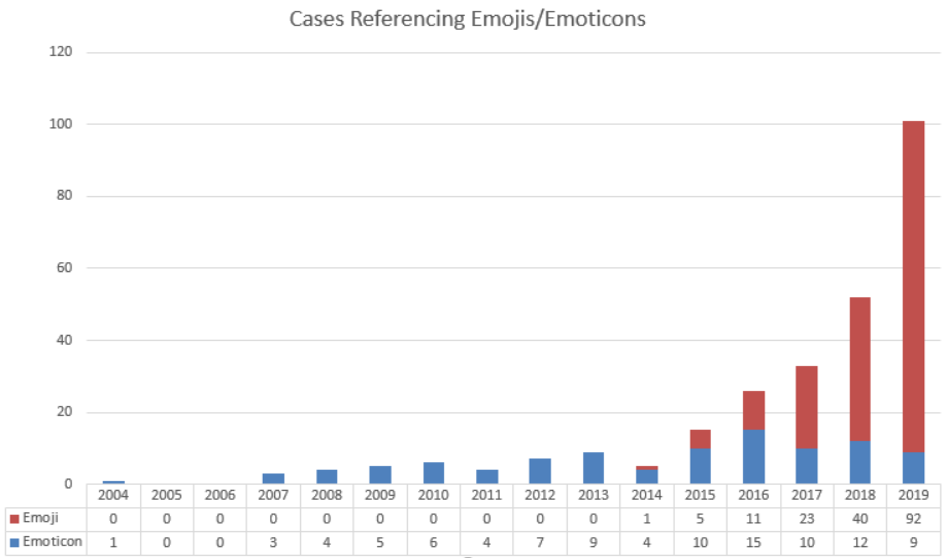 Note 1: I indexed the term actually referenced in the opinion, even when it was clearly incorrect.

Note 2: a small number of cases referenced both emojis and emoticons. I counted these only in the emoji category.

I have posted my full dataset of 271 caselaw references.

Most Interesting Cases of the Year