Everything You Wanted to Know About Emojis and the Law

For the past couple of years, I have invested significantly in all things emojis. This post rounds up everything I’ve done during that period.

1) Emojis and the Law Article

You may be wondering why I posted the full working version, only to write a virtually new version and publish that. In March 2017, relatively late in the placement season, I circulated the working draft to about 50 journals and got zero offers. The journals’ lack of interest surprised me in part because the draft went on to spur a ton of conversation and many downloads, so I’m pretty sure some journals missed a prime opportunity. In any case, I decided to rework the paper and recirculate it in early February 2018, when it attracted over 10 offers. I’m OK being candid about coming up dry in the 2017 cycle because the placement process is fickle, and I’m not the only one who’s experienced its capriciousness. I have concluded, however, that the only placement window I trust is the first two weeks of February because the so-called August window has also been dicey.

I chose the Washington Law Review for several reasons, including their willingness to publish it comparatively quickly (placement in February, actually published in October!) and their genuine enthusiasm for the article. How enthusiastic were they? For a law school costume contest, the editorial board dressed up as emojis in honor of the article: 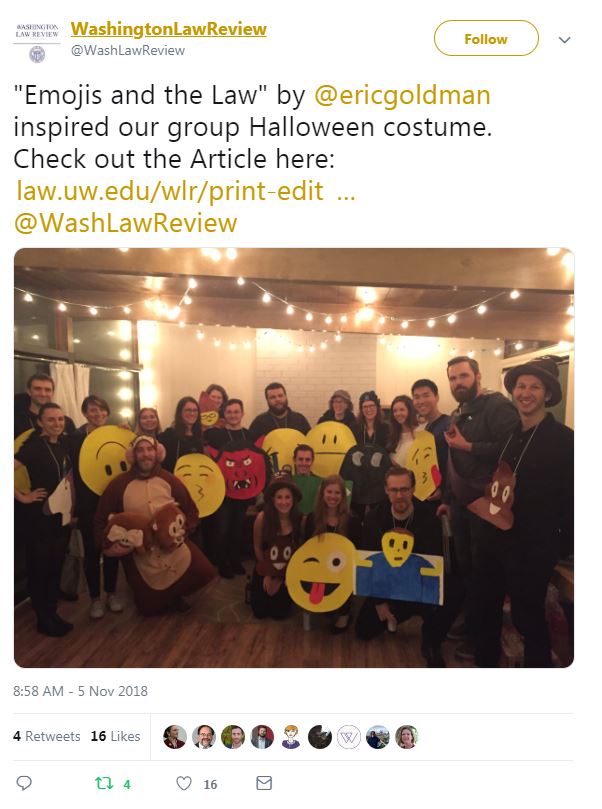 Some media coverage of the Surveying the Law of Emojis draft:

After I posted the Surveying draft, WIPO Magazine asked me write a short article on Emojis and IP. In turn, I asked my former student Gabriella Ziccarelli, also an emoji expert, to collaborate with me. The article largely summarizes the larger work, but because it branched off about midway through the project, it has some pieces that don’t show up anywhere else. If you only want the highlights of the emojis/IP interface, the short piece might be a better choice than the big battleship document.

Co-authoring an article with a former student is one of my greatest professional moments. It’s incredibly gratifying to see our alumni thrive.

Some of my emoji-related blog posts (all but the last one are outtakes from the Surveying draft):

I’ve been patiently waiting for a really juicy emoji interpretation or IP case. Thus far, the Israeli small claims court case is the most “meaty” emoji ruling I’ve seen. I’m sure it’s coming, but it still hasn’t arrived yet. If you see any good cases, please send them my way!

I initially became interested in emoji law after seeing a court opinion reference to emoticons, which made me wonder how often that had happened. Eventually, I compiled every case referencing emojis and emoticons that I could find, and I have keyword alerts set up in Lexis and Westlaw to flag new ones. Unfortunately, there’s no automated way for me to find opinions displaying emojis or emoticons unless the court opinion actually uses one of those phrases, so my list is incomplete. (I fully explain the problems with judicial opinions and emojis in the Surveying draft).

Today I’m sharing the latest version of my caselaw dataset, which I update constantly. As you can see, I have found about 165 opinions referencing emojis or emoticons, of which about 30% are from 2018. I’ll have more to say about the 2018 cohort of emoji/emoticon cases in January.

I’ve given about a dozen talks on emojis. Some of my slide decks:

The university also put together a promo video.

For me, emojis are not just an area of academic study, they are now an integral and happy part of my life. Some examples: 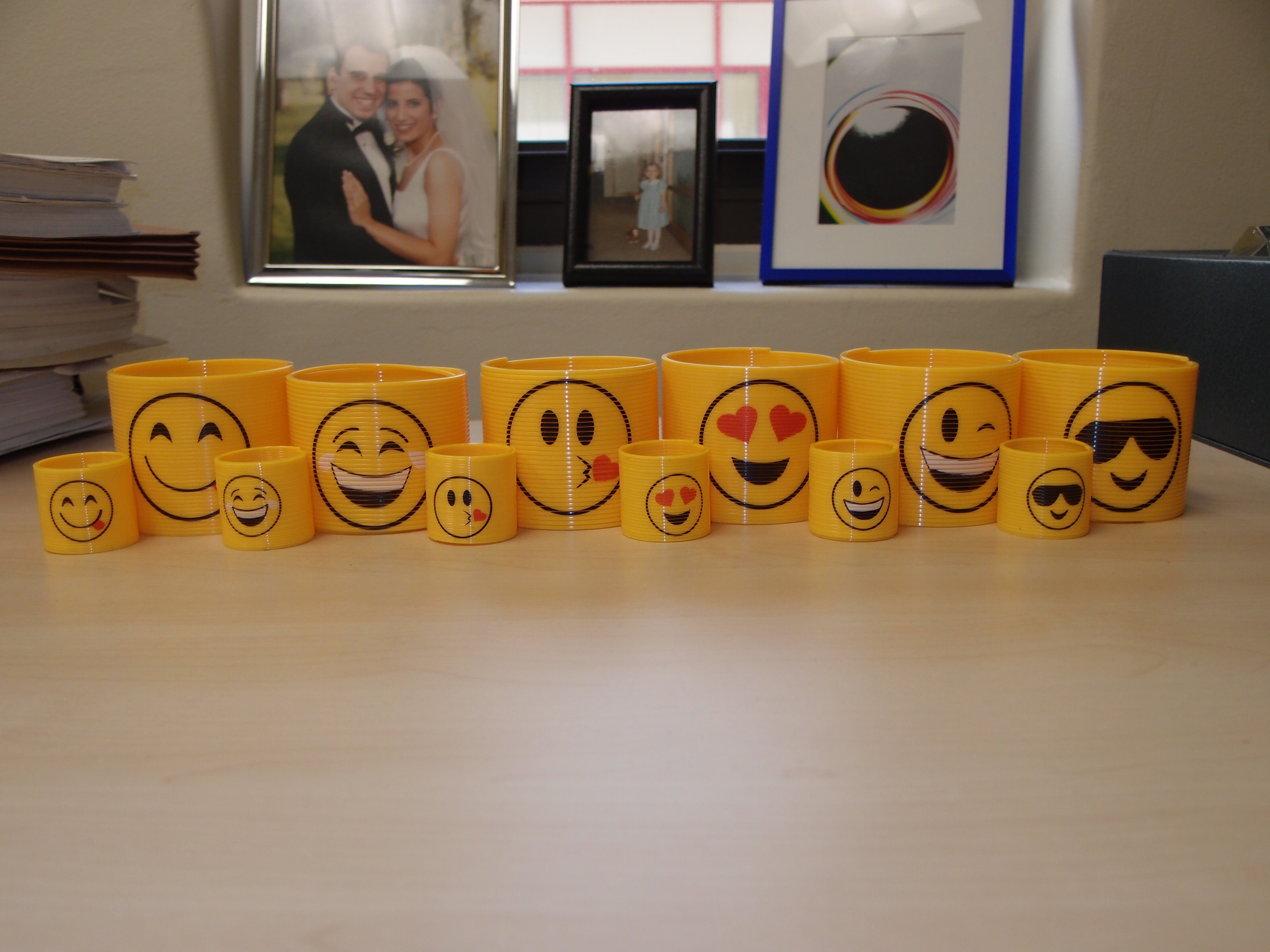