Emojis Have Unsettled Grammar Rules (and Why Lawyers Should Care)

A new article by three Dutch researchers sheds some fascinating light on the grammar of emojis, or more precisely, the lack thereof. Their abstract concludes: “while emoji may follow tendencies in their interactions with grammatical structure in multimodal text-emoji productions, they lack grammatical structure on their own.” In other words, when emoji symbols are strung together, we don’t have a reliable way of interpreting their meaning. Some highlights from the article:

A Taxonomy of Emoji Grammar

This chart helpfully taxonomizes grammar rules that might apply to emojis: 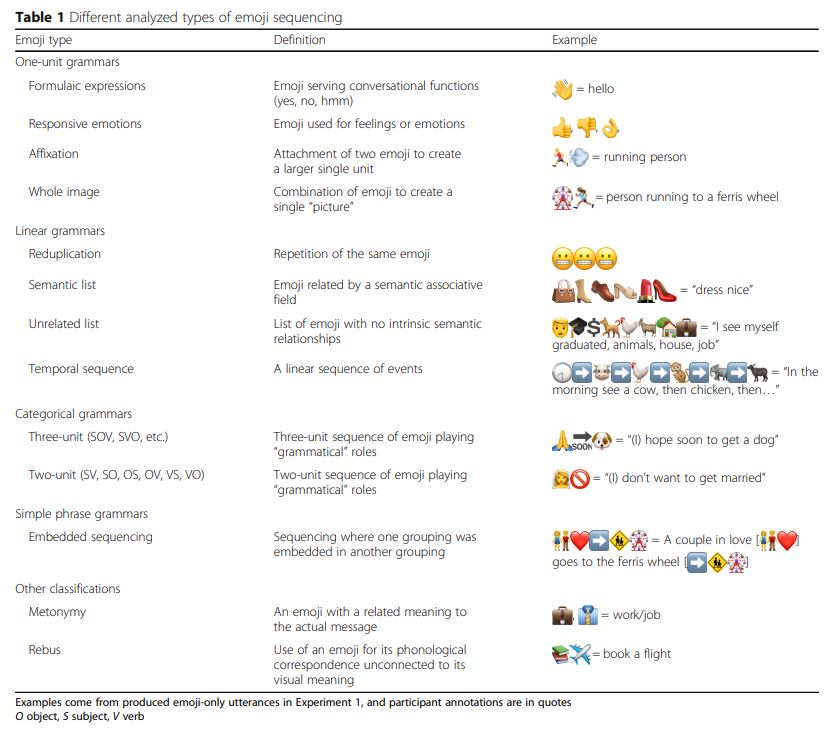 The article addresses the lack of consistency between users adopting SOV and SVO grammar orderings, one of the most fertile sources of potential misunderstanding. 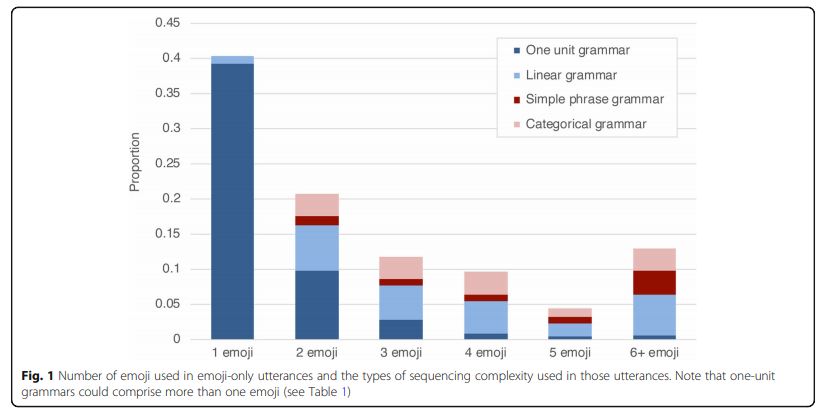 This chart shows what senders meant with their emojis and how recipients interpreted them. 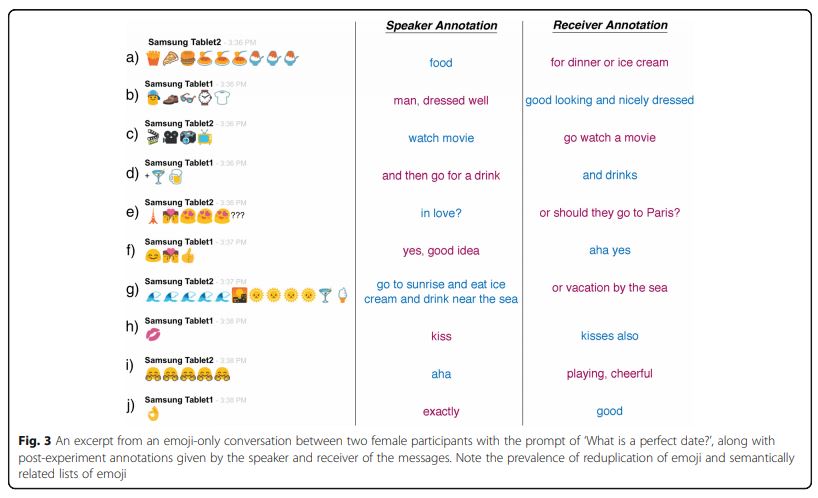 There is a fair amount of agreement between speaker and receiver, but two deviations are noteworthy. In line (e), the sender meant “in love” and the recipient got “should they go to Paris?” In line (i), the sender meant “aha” and the recipient got “playing, cheerful.” In both of these cases, the parties miscommunicated despite each of them acting reasonably. These are lawsuits in the making.

As I discussed in my Emojis and the Law paper, the lack of well-settled grammar rules differs from many other communication types, and that can lead to confusion and misunderstanding.

The authors give another example of emoji exceptionalism. In many other types of communication, the speaker can modify each block of communication, such as modifying a word’s spelling. In contrast, the emoji symbols are defined by the platforms, and speakers cannot modify or customize the emojis to create new meaning. The authors explain:

Users have no access to basic primitives that constitute emoji (such as the graphemic shapes of letters and punctuation that at least comprise emoticons), and can only use the whole units that the lexicon provides. As a result, users cannot create new emoji, nor can they alter, manipulate, or combine the emoji that currently exist in any easy, efficient, or productive way. Modulation of an emoji requires encoding a fully different lexical entry into the emoji system, such as variants of skin color for emoji faces….emoji are structurally constrained by their technology from further developing more robust linguistic structures to become full ‘languages’, despite the rich interactive social environment in which they are used…

I didn’t mention this type of exceptionalism in my big paper, though I did talk about the technology mediation issue more generally. I’m adding the “inhibition of grammar development” to the list of reasons why emojis are different.

If your litigation involves a string of emojis, don’t assume a particular grammar. In the past, I’ve recommended that subject matter experts will be more helpful than linguist experts for explaining emoji meaning (such as the crown emoji’s idiosyncratic meaning in the sex trafficking community). However, when it comes to emoji sequences, a linguist may be a better expert. You are likely to be able to find linguist experts to explain the range of possible grammars that might have applied. If the prevailing grammar changes, the emojis’ meaning might change in ways that change the legal result. It’s a point I routinely highlight when I talk about the Israeli small claims court case with the string of 6 emojis, including the chipmunk emoji.

For more on emoji law, check out my roundup post, Everything You Wanted to Know About Emojis and the Law.