How Doctors Should Respond To Negative Online Reviews (Forbes Cross-Post)

Most businesses have mixed emotions about online consumer reviews, but the doctor community has opposed consumer reviews of their services to an unusual degree.  Why?  Some possible explanations:

Doctors are sensitive about their reputation.  Small business owners (including doctors) have strong linkages between their personal identity and the business’ identity, but doctors often take negative patient reviews even more personally than most business owners.  Sometimes, this reflects the doctor’s passion for delivering high-quality services, so doctors are frustrated if they don’t achieve that goal.  Other times, doctors may feel like the patients weren’t grateful, especially when the doctor did the best he/she could in complex circumstances.

Patient reviews matter.  Historically, patient opinions about the quality of their healthcare didn’t matter too much.  Many doctors got patients through hospital/insurance affiliations and referrals from other doctors.  Patient word-of-mouth also played a role, but doctors who failed to keep patients happy didn’t always suffer the professional consequences.  Now, because patients can speak publicly about their experiences and influence other prospective patients, they have new-found leverage over doctors.

Patients can’t judge the quality of medical advice.  Doctors often complain that patients lack the medical expertise to evaluate whether the doctor gave sound medical advice.  While doctors are the “experts” in the doctor-patient relationship, this usually overstates matters by a lot.  Patients are more sophisticated about medical services than ever before (due, in part, to their independent Internet research), and patients often can and do obtain second opinions from other doctors.  Furthermore, as I’ll discuss in a moment, patient reviews often address matters unrelated to a doctor’s medical advice, and in those cases the patients’ lack of medical expertise is irrelevant.

Preying on these fears, for years an outfit called Medical Justice helped doctors suppress reviews by their patients.  Medical Justice provided form contracts that asked patients to sign away their right to review the doctor or transfer the copyright in any unwritten reviews to the doctor.  Many doctors–I estimate about 1,200 at the peak–embraced Medical Justice’s attractively pitched “solution” to the purported problems associated with patient reviews. 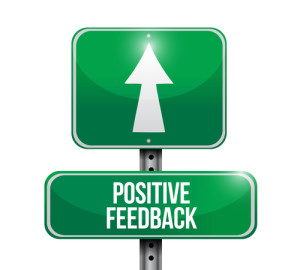 Everyone–even Medical Justice–now realizes it was a huge mistake to discourage patient reviews.  Doctors should want and encourage their patients to write reviews because:

Most online reviews by patients are positive.  The vast majority of patients’ reviews of their doctors are positive.  Doctors should get the public accolades for the excellent work they do.

Reviews provide doctors with useful feedback.  In addition to (rare) concerns about medical advice, patients may encounter issues with parking, office managers, billing practices, operating hours or bedside manners.  Indeed, most patient reviews address issues other than medical advice (see this press release).  While none of these detract from the quality of a doctor’s medical advice, these issues do matter to existing and prospective patients.  Patient reviews provide doctors with honest and incredibly valuable feedback about what they are doing right with their practice, and what aspects they might want to revisit.

Individual reviews may not be credible, but the wisdom of the crowd is credible.  Doctors are sometimes petrified that a single patient will post an unfair review online, and that review will permanently damage the doctor’s practice.  Although this fear is easily overblown (prospective patients typically don’t make such an important decision based on a single review), it is quite easy to avoid this issue.  As the First Amendment maxim goes, the solution to “bad” speech is more speech.  Consistent with the “wisdom of the crowds,” any individual review isn’t necessarily credible, but the aggregate assessment of all patients becomes increasingly credible as the number of reviews grows.  If a doctor’s only online review is negative, that review gains power from its uniqueness.  By expanding the number of online reviews, prospective patients get a more complete picture.

Even more importantly than the legal risks, asking patients to restrict their rights sends a terrible message to a doctor’s patients.  Basically, it tells patients that the doctor doesn’t trust them enough to tell the truth online.  That distrust, at the beginning of an often long-term and vital relationship, permanently undermines the doctor-patient relationship.  How can a doctor expect patients to talk honestly and openly about their personal medical conditions, if the doctor has told them from day 1 that he/she don’t trust them to be honest elsewhere?

Dealing with a Negative Review

If the number of patient reviews is large enough, any outlier negative review will be diluted by the others.  Still, some things a doctor might do in response to a negative review:

Learn from the review.  Negative reviews offer doctors valuable feedback (no matter how poorly expressed), including feedback that patients are too afraid to tell their doctors directly.  Doctors should try to overcome their emotional reactions to a negative review and think objectively whether the patient might have a point–and if so, how the doctor will improve his/her services.

Respond privately.  If a doctor runs into an incredibly unhappy patient, it is worth trying to reach out to the patient privately.  (Not all patient reviews are attributed, so this isn’t always possible).  Doctors should show sincerity, sympathy and contrition.  When done properly, doctors frequently can turn their worst critic into their most loyal ally.

Respond publicly only if necessary. Repeatedly, I’ve seen a doctor’s happy patients rush to the defense of a doctor under attack and independently rebut a negative review.  If a doctor’s patients are satisfied, the doctor can trust them to correct misinformation.

Where a review criticizes a doctor’s medical advice, the doctor can’t respond with specifics about the patient’s circumstances (unless the patient consents), but the doctor can describe his/her standard protocols under specified conditions.

If the negative feedback is accurate, the doctor might apologize in public and explain how he or she will going to avoid the problem in the future.  Patients don’t expect doctors to be perfect, but they do expect doctors to learn from their mistakes.  Owning up to a mistake helps prospective patients trust their doctors even more. Note that responding to the review at all could provide extra visibility to the review, so public silence might be a rational choice.

Lawsuits are almost never a good option.  Suing patients is a categorically bad idea, even if they’ve lied.  Inevitably the patient will respond with a malpractice claim or will bring a complaint against the doctor’s license to practice; a lawsuit calls more attention to the patient’s assertions (the Streisand Effect); doctors suing patients often look like they have something to hide; and perhaps most importantly, the doctor isn’t likely to win.  Over the past decade, I’ve identified about two dozen doctor vs. patient lawsuits over online reviews.  Doctors rarely win in court, and even worse, some doctors ultimately must pay the attorneys’ fees of their patients as well as their own.  That’s a really bad business outcome.

The legal analysis is more complicated if the doctor can prove that a competitor or vindictive party is posting fake reviews.  Those lawsuits are more winnable than lawsuits against patients, but often the time and costs required to win simply aren’t worth it.  If a doctor decides to go this route, the doctor should clarify with his/her attorney what the ideal outcome is, the odds of achieving that ideal outcome, and how much it will cost to try.

* You Shouldn’t Need a Copyright Lawyer to Pick a Dentist–Lee v. Makhnevich

* Updates on DoctoredReviews.com and Medical Justice