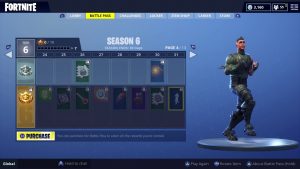 This case involves the “Running Man” dance, a 2016 fad. (Note: the dance is not the same as the old-skool Running Man dance move, a 1980s classic that I’ve attempted on occasion). A viral video of people doing a “Running Man Challenge” was featured on the Ellen DeGeneres TV show. Fortnite added and sold an emote of the Running Man dance.

The plaintiffs, Jaylen Brantley and Jared Nickens, acknowledged on the Ellen show that they copied the dance from someone else. Nevertheless, they claim they popularized it. Unfortunately for them, the law does not protect folks who popularize new cultural contributions.

Copyright Preemption. Any copyright claim for the dance runs into two problems: (1) the dance may not contain sufficient expression to become copyrightable, and (2) even if it did, Brantley and Nickens can’t claim to own any copyright. As a result, they did not bring a copyright claim. Instead, they asserted common law privacy, unfair competition, and unjust enrichment claims. Copyright preempted those claims here.

Copyright law does not protect “de minimis movements, dance steps, social dances, and simple routines,” such as the “basic waltz step, the hustle step, the grapevine, or the second position in classical ballet.” The Pellegrino v. Epic case found copyright preemption for the plaintiff’s uncopyrighted “signature move” while performing the saxophone. Here, the court isn’t sure if the Running Man dance is an uncopyrightable move or a copyrightable dance. Either way, the Running Man is within copyright’s sphere enough to trigger copyright preemption. With that established, the rest of the copyright preemption analysis is straightforward. The lawsuit seeks to impose liability on Fortnite for copying the dance, and copyright preempts any non-copyright claim in such circumstances.

Trademark. The Lanham Act unfair competition, false designation, and false endorsement claims are Dastar-ed. The trademark claim fails because the dance does not function as a trademark. Also:

Conclusion. The court concludes: “Plaintiffs seek to place the same square peg into eight round holes in search of a cause of action against Epic Games for its use of the Running Man dance in its game Fortnite.”

Implications. Like the Pellegrino case, this lawsuit never should have been brought. Brantley and Nickens might have felt “ownership” for single-handedly raising the visibility of the dance. This is a socially valuable contribution to our culture. A branch of innovation literature explores the legal protections needed to incentivize popularization of innovations; this recognize the important role of popularization in the overall social value created. Despite that, today we don’t provide any protection for expanding our culture unless it fits into one of the existing IP doctrines–and the fact this claim didn’t fit was obvious from day 1. Brantley and Nickens deserve a footnote in history for inspiring the Running Man fad, but that historical recognition is more than the law requires.

This case adds to the growing 2020 precedent that videogames can depict real life. Other cases in the genre include Pellegrino, Solid Oak Sketches v. 2K Games, & AM General v. Activision. The lawsuits to the contrary are based on unwarranted videogame exceptionalism.