It has unexpectedly turned into Videogame Law week here at the Technology & Marketing Law blog. This is my third videogame IP blog post this week. See my prior posts on tattoo copyrights and signature moves. All three rulings are decisive defense wins, a sign of how bogus videogame litigation has flooded the courts. 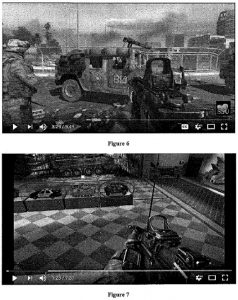 Today’s case involves the game Call of Duty, which prominently features Humvee vehicles throughout the game. Humvee asserted its trademark rights against Call of Duty, which is the kind of claim that can vex courts because trademark law wasn’t designed to regulate this kind of conduct. The court turns to the constantly baffling Rogers v. Grimaldi test to navigate the First Amendment overlay to the trademark claims. This turns into a trademark doctrine SNAFU. At least the court gets to the right conclusion.

The court describes its legal standard:

It can be inferred from Louis Vuitton and Simon & Schuster that an artistically relevant use will outweigh a moderate risk of confusion where the contested user offers a “persuasive explanation” that the use was an “integral element” of an artistic expression rather than a willful attempt to garnish the trademark owner’s goodwill for profit. An “integral element” does not have to be a “but-for” aspect of the work. It was metaphysically possible for Defendants to have produced video games without the presence of Humvees, just as it was technically possible for the film in Rogers to have had a different title or for the film in Louis Vuitton to have deleted the scene with the knockoff bag. Instead, an integral element is one that “communicate[s] ideas-and even social messages,” either “through many familiar literary devices (such as characters, dialogue, plot, and music)” or “through features distinctive to the medium (such as the player’s interaction with the virtual world).”

The but-for discussion is good, but read that first quoted sentence again. And now another time. What the what? The court seems to create a First Amendment test that balances between artistic relevance and consumer confusion. Even if the court gets to the right result in this case, this balancing test (if followed by other courts) will become a hotbed of misunderstanding and bad advocacy.

The court starts applying its test by describing the artistic relevancy of Humvees to Call of Duty:

This multi-factor analysis doesn’t provide much evidence that Call of Duty tried to explicitly mislead, especially in light of the First Amendment values: “If realism is an artistic goal, then the presence in modern warfare games of vehicles employed by actual militaries undoubtedly furthers that goal….realism can have artistic merit in itself.”

The commercial vending of Call of Duty doesn’t change the outcome:

merely insinuating that a commercial motivation might exist is not enough–an artist can sell her art without the First Amendment abandoning her. Instead, Plaintiff must present admissible evidence that Defendants’ invocation of the First Amendment was pretextual.

While the court got to the right place, the court’s legal standard isn’t a good one. Let’s hope this is a one-off.

Of course Call of Duty can depict Humvees in its videogame. How is that even a question? The fact this lawsuit isn’t laughed out of court indicates the overall scope creep of IP law (especially trademark law) This is exacerbated by some videogame exceptionalism, where IP owners are more litigious over depictions in videogames than they would be over the equivalent depiction in, say, a movie.

Thus, like the other two videogame cases I blogged this week, this case is really about whether IP law can reduce the verisimilitude of videogames. Fortunately, the troika of this week’s cases shows that IP law will thwart those efforts. Unfortunately, IP law isn’t clear enough to prevent the bogus claims from being filed in the first place; there are countless other efforts to control videogame “reality” percolating through the courts right now. Perhaps the troika of cases will send a strong signal to these plaintiffs to invest their energies elsewhere. More likely, IP owners will keep hammering on IP law until they eventually succeed in creating a doctrinal hook that gives them more control over videogames.