This case deals with a venerable and vexing copyright law problem: if a person doesn’t own the copyright to his/her tattoos, do other people infringe by accurately depicting the person? The answer surely has to be “no.” Otherwise, ordinary daily activities, such as photos and videos in public, become an unnavigable thicket of potential liability. Fortunately, this case decisively reaches the right result. However, it’s unclear how much it predicts future cases.

The court says the plaintiff never actually included depictions of the copyrighted works in its filings, which is an odd way to win a copyright case. I got these images from one of the defendants’ expert reports: 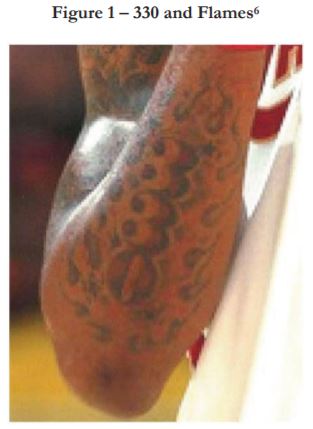 LeBron’s Script with a Scroll, Clouds and Doves tattoo: 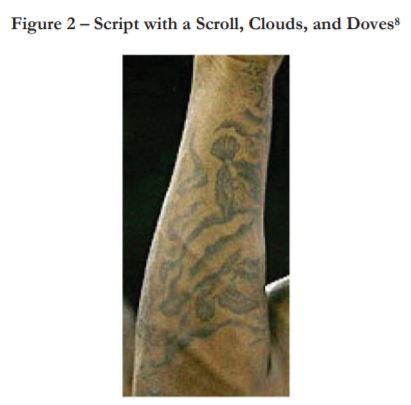 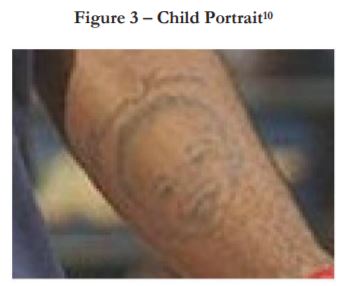 Eric Blesdoe’s Basketball with Stars and Script tattoo (sorry if this is hard to see): 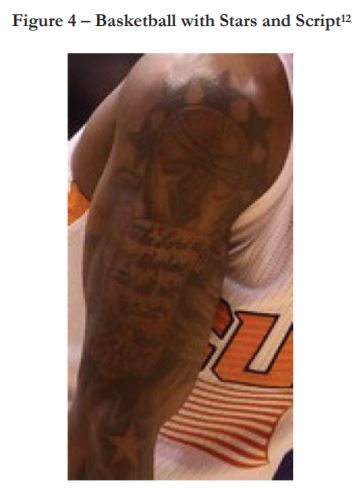 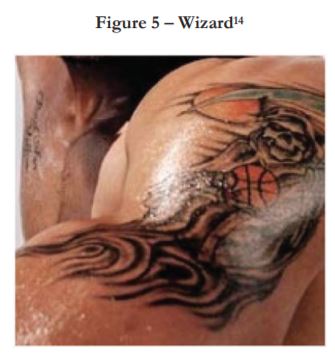 The court says the tattoo displays in the game qualify as de minimis use:

The Tattoos only appear on the players upon whom they are inked, which is just three out of over 400 available players. The undisputed factual record shows that average game play is unlikely to include the players with the Tattoos and that, even when such players are included, the display of the Tattoos is small and indistinct, appearing as rapidly moving visual features of rapidly moving figures in groups of player figures. Furthermore, the Tattoos are not featured on any of the game’s marketing materials.

When the Tattoos do appear during gameplay (because one of the Players has been selected), the Tattoos cannot be identified or observed. The Tattoos are significantly reduced in size: they are a mere 4.4% to 10.96% of the size that they appear in real life. The video clips proffered by Defendants show that the Tattoos “are not displayed [in NBA 2K] with sufficient detail for the average lay observer to identify even the subject matter of the [Tattoos], much less the style used in creating them.” The videos demonstrate that the Tattoos appear out of focus and are observable only as undefined dark shading on the Players’ arms. Further, the Players’ quick and erratic movements up and down the basketball court make it difficult to discern even the undefined dark shading.

We don’t see successful de minimis defenses very often, but this seemed like a logical application of the doctrine.

That’s swell, but seriously, if you’re ever getting a tattoo, you should get an express license, right? Otherwise, your ink artists can sell out and try to weaponize your own tattoos against you.

Overall, the court reaches the right result; and the fact that it relies on three independent copyright defenses bodes well for future tattoo copyright cases. Yet, the tattoos’ limited visibility in the game clearly worked in the defense’s favor, so future cases may be factually distinguishable. Unfortunately, this means we’re still likely to see vexing tattoo copyright cases in the future.