Ruh roh. Teens and Twitter. What could possibly go wrong?

In 8th grade, SG reported Jessica Kohonen’s behavior, which led to her suspension. [Note: the court uses the alias JK in the opinion but the caption has Jessica’s full name. Is this her Instagram account?]. 2 years later, in 10th grade, Jessica and SG took the same class, and this apparently reminded Jessica of the 8th grade incident. Jessica “quickly” tweeted:

[Eric’s comments: at least she didn’t tweet “snitches get stitches.” But, as we all know, tweet in haste, repent at leisure.] 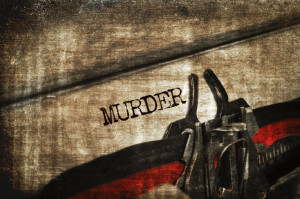 Later that day, in a totally unrelated incident, Jessica saw some red paint on the school grounds that looked like blood, and that prompted her to tweet “murder.”

[Sorry, I have to comment again. A protip: never tweet the word “murder” all by itself. Without some context, it WILL freak people out.]

she posted tweets frequently. She used Twitter as a “virtual diary,” posting her thoughts, reactions, feelings, and more. She testified that she sent the messages quickly and without thinking, as a fleeting expression of her agitation at the memory from middle school. Although she was aware that the posts were public, and that she had approximately 100 people who followed her, she testified that she did not consider the potential impact her tweets might have on S.G.

OK, two obvious problems. One, tweeting without thinking…uh, NEVER. It’s like a virtual DUI. One thoughtless tweet is one too many. Two, social media, even if an account is set to “private,” isn’t the right place to maintain a virtual diary. Cf. Moreno v. Hanford Sentinel. I recommend Notepad or Microsoft Word.

S.G. testified that she felt angry and embarrassed upon learning of the tweets because she knew that others would see them. She was not frightened, though, because she did not think that J.K. would actually hurt her.

Despite not being scared, SG alerted school authorities, who brought in the police, who charged Jessica with cyberstalking. The juvenile court convicted her of the charge and sentenced her to 6 months probation and 30 hours of community service.

On appeal, the court overturned the juvenile court ruling, holding “a reasonable person in [Jessica’s] position would not have foreseen that the tweets would be interpreted as serious threats to inflict harm.” The court says Jessica’s tweets aren’t “true threats” for a few reasons:

* her tweets indicated a desire to hurt SG, but not the intent to do so
* the context of high school combined with social media. Essentially, the court says Jessica and her friends treated Twitter like hallway chatter
* evidence indicating that Jessica’s peers, including SG, didn’t interpret the tweets as serious death threats
* the adults, who did take the tweets seriously (probably because of safety and legal fears–damn lawyers!), weren’t part of Jessica’s intended audience.

The court concludes: “J.K.’s tweets bear the signs of—admittedly mean spirited—hyperbolic expressions of frustration, and that is precisely how they were received.” Without Jessica’s intent to threaten SG, Jessica didn’t satisfy the statutory elements of cyberstalking, so the court overturned the conviction.

I read this recent Buzzfeed article, “My Little Sister Taught Me How To “Snapchat Like The Teens”,” and it nearly made my head explode. I simply could not understand what the sister was trying to say via her snaps or why in the world she’d want to say it. I also couldn’t believe the incredible volume of vapid (to an old fogey), seemingly meaningless communications–hundreds and hundreds of snaps/texts a day. What lessons will our kids take away from their endless hours producing and consuming such mindless drivel?

What is clear to me that the legal system is not equipped to handle common teenager online interactions. We’ve already seen the complete failure of the legal system as applied to teen sexting (e.g., photos becoming so widespread in a school community that a crackdown would essentially depopulate the school). As this case illustrates, when teens say edgy things online that they don’t really mean (and everyone in their community knows it), adults–and the legal system designed for adults–aren’t well-equipped to divine the true meaning. Given the structural deficiencies of our legal system applied to teenage online angst, it’s nice to see this court give Jessica a free pass.

This case reminded me a bit of the D.C. v. R.R. case, a wild case from over a decade ago where a spate of not-serious peer “death threats” posted to a high schooler’s online guestbook sparked a decade of multitudinous civil litigation. Surely that wasn’t the best way to handle a teens-doing-stupid-things situation, but the fact Jessica was prosecuted at all shows that we’re still struggling to figure out appropriate ways to redress to teen mistakes-of-judgment online.

As with online defamation cases, there is an element of context giving the speakers a certain amount of leeway. These are random musings and immediate reactions. Of course they are not intended to be taken seriously! It’s interesting to see the adults involved struggle to understand what Jessica said, and to see the prosecutor try to pry an expression of fear out of SG. As Eric notes, the two groups are speaking totally different languages.

Washington’s cyberstalking statute gets a surprising amount of mileage against teens and school-age students. It is difficult to see what can be gained by taking an aggressive stance against juvenile speech of this nature, particularly, given as the court notes, that it is viewed as having therapeutic value.

Courts are still struggling to figure out the appropriate test for a “true threat.” Washington courts seem to use a weird combination of subjective and objective, but I wouldn’t characterize it as a hybrid test or one that is very protective of speech. It’s an objective test, where the reasonable perception is imputed to the speaker. A big question is the effect of Elonis and Virginia v. Black, and whether these cases require a subjective test, but the court avoids that question altogether. (A case is pending in front of the Washington State Supreme Court that examines the appropriate test in light of Elonis and Black. In that case as well, the speaker made putative threats that were for the purposes of therapy–they were made to his therapist.)

* When Can Defendants Defeat A Criminal Threat Prosecution By Claiming They Were Joking? Not Often

* Which Was Dumber–Trash-Talking Tweeting, Or The Decision To Prosecute For It?

* Are Parents Liable For Their Children’s Online Pranks?–Boston v. Athearn

* Court Finds That Threatening Video Posted to YouTube and Facebook Can Constitute a “True Threat” — US v. Jeffries