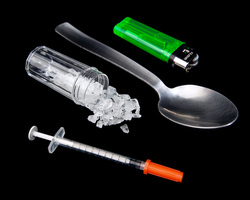 This is a quite lengthy sentencing opinion following Amaya’s meth conviction, a not uncommon circumstance given the disproportionately high meth sentences produced by the sentencing guidelines. I’m going to focus only on one part of it. The presentencing report recommended a 2 level sentencing enhancement for obstructing justice because (among other concerns) Amaya posted the government’s witness list to his Facebook page, called it a “snitch list” and, in response to a friend’s comment, posted the reply “what can i say rats are rats.”

The court starts with the premise that Amaya had a First Amendment right to speak, so the sentencing guidelines can only account for conduct unprotected by the First Amendment. In this case, the question is whether his Facebook content constituted a “true threat” outside the First Amendment’s scope. The court says Amaya’s use of the terms “rat” and “snitch” are just name-calling; and “Amaya never intended to, directly or indirectly, intimidate or influence any witness” by posting the witness list. Instead, the court says:

Amaya had every right to investigate the prosecution’s witnesses and to seek witnesses or information he could use on his own behalf at trial. The prosecution has a virtually unlimited budget with which to investigate and prosecute its cases. In comparison, most defendants have very limited resources at their disposal. Private investigators are largely unavailable, and, even when available, the resources available to the typical defendant do not compare to those the prosecution can bring to bear. A social media website such as Facebook offers a defendant an affordable, easy, and extremely viable option to seek information to employ in his or her defense. The posting by Amaya of the witness list was just such a use.

As a result, the judge rejects the sentencing enhancement for obstruction of justice.

I’m glad to see the judge thinking so carefully about Amaya’s situation, but this is also an unusually charitable interpretation of the facts. Perhaps it was motivated by the judge’s desire to take the edge off the excessive sentence for meth crimes indicated by the sentencing guidelines (even with the judge giving Amaya the benefit of the doubt, Amaya still got a 15 year sentence). I think most judges would react to the combination of “rat” + “snitch” + a witness list by assuming the defendant wanted retribution for those providing adverse evidence.