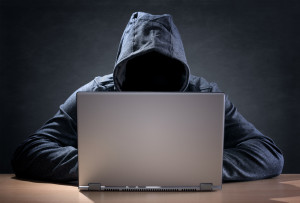 The Supreme Court issued its long-awaited decision in Elonis (the so-called “Facebook threats” case) today. Elonis was convicted of posting rap lyrics that were allegedly threatening to his now ex-wife and to law enforcement officers. The trial court used a reasonable person standard under which Elonis could be convicted—regardless of his actual intent—if a reasonable person would perceive the communication as a real threat. Unlike other social media cases, the case did not involve the question of whether the threat was directed to the person in question or just disseminated generally.

Chief Justice Roberts wrote that the trial court’s instruction was insufficient and thus Elonis’s conviction must be vacated. Although in the buildup to the Supreme Court the focus of the case seemed to be on what standards the First Amendment required, the opinion focused on statutory construction and general criminal principles of responsibility. Justice Roberts wrote that a key principle of blameworthiness informed the Court’s view:

The ‘central thought’ is that a defendant must be ‘blameworthy in mind’ before he can be found guilty..

The “reasonable person” standard is a familiar and well-worn one, but it’s insufficient because it’s a negligence standard, and criminal statutes are presumed to require a higher level of culpability than negligence. The government tried to inch its standard over the line, arguing that it was actually “something more” than negligence, but the Court rejects this view. The parties also argued about whether recklessness was sufficient, but the Court punts on this issue altogether.

Justice Alito concurred and dissented. In his view, there is confusion in courts below, and the Court should have made clear that recklessness is sufficient to achieve a conviction under the statute. His opinion touches on the First Amendment issues, hinting that in other contexts where speech requires breathing room, courts have been happy with something less than intent (citing to civil and criminal defamation cases).

Justice Thomas dissents and says that only general intent is required. He tackles the First Amendment issue head on, and citing to the historical record says that threats have been historically proscribed regardless of whether they were supported by intent that they would be perceived as a threat. He also notes that the Court’s own cases have not definitively answered this issue, and it would be dissonant to take this approach:

adopting Elonis’ view would make threats one of the most protected categories of unprotected speech, thereby sowing tension throughout our First Amendment doctrine.

He finally notes that the failure to announce a clear rule serves no one.

Meh. On the plus side, I get to point out that I flagged this as a possibility in a previous blog post (“minority view: there’s a slight chance that although the argument focused on the First Amendment issue, the Elonis opinion could end up focusing on statutory construction”).

The big question is how this will affect the numerous social media prosecutions and civil actions (e.g., for protection orders) that have proliferated in recent years. There are a few—such as those that purport to prohibit annoyance—that look solely to the subjective views of the putative victim. These are presumably on shakier ground. But a big chunk of the statutes and cases likely fall in the middle, where there’s some aspect of knowledge on the part of the defendant but something falling short of intent. As to those cases, the opinion would not offer much clarity (except for the concurring and dissenting Justices for whom the First Amendment would not bar prosecutions or findings of liability).

It’s also worth noting that the debate here focused on how the words would be perceived, and not whether they would be conveyed to the ultimate recipient. This likely could require a lower standard, but perhaps there are situations where the two issues overlap (e.g., Elonis communicates a statement to his buddies, but unbeknownst to him, the statement is accessible by his ex-wife).

NB: Elonis is currently in jail on an unrelated charge.

Eric’s Comments: It’s easy to lament the points unaddressed by this opinion. Does the First Amendment protect potentially threatening online comments? Who knows. If the person communicating was reckless about the recipients perceiving it as a threat, is that a crime? Who knows. And as Venkat points out, the case never sought to resolve the issue of when an online post is targeted/”directed” towards a specific person, but that’s also a common legal question. So on many of the topics we encounter frequently in the field, the court gave us little guidance.

Still, I think this ruling does provide some important answers. If the defendant has legally provable knowledge or intent to communicate a threat online, that can be a federal crime. If the defendant is only negligent about whether he/she is communicating a threat online, no criminal liability. This only leaves the recklessness scienter level unaccounted for. Unfortunately, there will be a lot of prosecutions that raise recklessness issues, and this case does little to help those.

As a result, this case doesn’t resolve the growing number of cases where a defendant posts rap lyrics (self-authored or repeating the words of commercial rappers). I find it troubling that people could try to say anything in the guise that they are “just” rap lyrics. On the other hand, we are seeing a glut of claims that online content is threatening and harassing, and this case provides a tiny bulwark against that tendency.