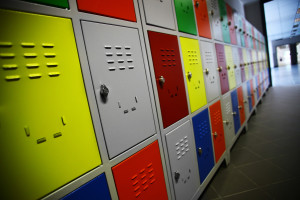 MJ was a high school student and cheerleader. On a school trip to a local news station to promote a charitable cause, the squad was told to be quiet by the cameraman. MJ apparently did not, and the captain of the cheerleading squad chastised her. Following this episode, MJ and the captain apparently exchanged words on Facebook. Among other messages, MJ said the following:

“i am so sick of you bossing me around . . . and so is other people on the squad . . . even tho they wont admit it but im not scared to . . . and im sorry for wat i did at the news station well not really”; “i mean im not tryin to be mean at all but if i have a problem with you . . . i will confront you about it and im not gonna be nice about it . . . and trust me . . . i dont care who you try and get to try and back you up”; “trust me, the next time you or anyone else goes off on me . . . im not gonna be nice and just say ok, there will be problems . . . and i may get kicked off the squad for it but at least it was for a good reason cuz my parents didnt raise me to not stick up for myself . . . you best believe that i will stick up for myself with anyone!”

The squad sponsor and a teacher (Hill) was informed that MJ made comments to the captain, and the teacher took the opportunity to educate the entire squad on the perils of social networking, includying “bullying, predatism, inappropriate photos, and other risks.” For good measure, she asked the entire squad to write down their Facebook password and log-in information. [d’oh!]

MJ turned over her password information, and based on the “offensive and threatening language” contained in her messages, Hill suspended MJ from the squad for two weeks. The precise consequences of her suspension and discipline were disputed, but MJ alleged that she was hazed by the team and denied a participation ribbon at a cheer competition, and generally suffered negative consequences on the squad. She was not invited to join the squad the following year. She also alleges that she was bullied following the teacher’s access of her Facebook page and the filing of the lawsuit. She ultimately moved out of the district.

She sued asserting section 1983 claims. The district court denied summary judgment, and the Fifth Circuit reverses, finding that the school officials are entitled to qualified immunity.

Privacy/Fourth Amendment Claims: The court says that school searches are analyzed under a reasonableness standard, and at the time of the events in question it was not clearly established that the search was contrary to Fourth Amendment principles:

At the time Hill requested and obtained access to M.J.’s Facebook messages—in September 2007—no precedent had held that the Fourth Amendment proscribed Hill’s actions, viz., the search of a student’s electronic communications pertaining to school activities based on a reasonable belief that those communications directed threats and offensive language to another student about school activities and where those communications were a continuation of a quarrel that began during a school-related activity.

The court relied on the Supreme Court’s decisions in other school search cases. The Supreme Court initially held that school searches must be reasonable, but in a later case found that strip searches of students are typically inappropriate. In the later case (finding strip searches inappropriate), however, the Court found that school officials were protected by qualified immunity. By analogy, the court says that the qualified immunity doctrine applies in this case as well.

At the time of the events in question, insufficient precedent existed to provide school officials with “fair warning” that the defendants’ conduct violated the First Amendment. See Bush v. Strain, 513 F.3d 492, 501–02 (5th Cir. 2008) (observing that the “central concept” of qualified immunity is that of “fair warning”). Indeed, less than three years prior to the defendants’ conduct in the instant case, our own court observed that First Amendment case law did not provide “clear guidance” and had sent “inconsistent signals” with regard to “how far school authority to regulate student speech reaches beyond the confines of the campus.”

The court goes on to say that is “expresses no opinion as to whether the defendants’ conduct conflicted with the First Amendment.”

Ouch. Qualified immunity gives courts lots of flexibility in achieving certain results, but that aside, the ruling is painful. Perhaps in 2007 (pre-Lori Drew indictment), an educator could believe it is appropriate to ask for and utilize the log-in/password information for an entire group of students? At least the court could have thrown in language flagging that this was ill-advised behavior at best. (Not to mention that it violates Facebook’s terms of service.)

The court’s ruling on the First Amendment claims were tough to stomach as well. Even setting aside uncertainty as to whether student speech on social networks is subject to the “on” or “off-campus” standard, it did not seem like the school officials would be able to satisfy Tinker‘s substantial disruption test for MJ’s speech (even assuming it took place in-person, on school grounds).

Numerous states have enacted “social media” legislation aimed at protecting students’ and employees’ privacy in their social media accounts (which typically would prohibit the conduct the school administrator engaged in here). We’ve questioned the necessity of such laws. (See “The Spectacular Failure of Employee Social Media Privacy Laws“.) But this at least stands out as a case where they would have come in handy. I’m not sure it would affect the qualified immunity analysis, but to the extent it provided a cause of action against some person or entity, MJ could have taken that route to vindicate her rights.