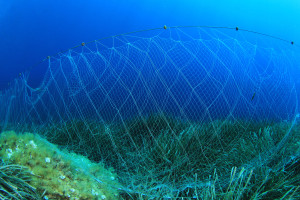 As we’ve discussed before, social media accounts are honeypots in litigation; they are irresistible data sources as an encapsulation of a person’s life. As a result, it’s become routine for litigators to seek massive amounts of social media evidence in litigation; and frequently we see judges rubber-stamp overbroad requests. One judge has had enough, and his words offer some great lessons.

In a personal injury case, the defendant Callais requested “all of [the plaintiff Farley’s] Facebook activity and records subsequent to the alleged incident on May 24, 2014….” Undoubtedly, some of that evidence could be relevant to the case. It might show that the plaintiff is lying or provide evidence that would help measure damages. Still, such a general request (“give me everything”) reflects no attempt at all to seek only relevant information. As former NSA director Keith Alexander might say, “collect it all!” Indeed, the defendant requested the plaintiff’s Facebook login credentials so he could go through everything without any filter at all.

The court is unimpressed and goes into a mini-rant on this particular form of discovery abuse:

The Court suspects that even a casual reader would view these requests as intrusive, particularly given the fact that the combination of requests for log-in and password information and an accompanying request for an authorization that Facebook turn over all the sought-after information would essentially render moot any exercise of discretion by Farley or his counsel in determining what, if any, information was actually discoverable. If this were a “traditional” document request, that would certainly be the case. But these are requests for “social media”-based information, so the suggestion has been made that a new, perhaps yet-to-be determined, set of discovery principles and rules should apply here. The Court disagrees.

No doubt the proliferation of activity on social networking sites (“SNS”) is affecting what have been fairly well-established conventions when it comes to formal discovery in federal-court litigation. Smart, opportunistic lawyers are now routinely seeking to exploit the “brave new world” feel of this ever-evolving aspect of how many average Americans go about their daily lives to gain an advantage in litigation. This Court’s recent experience and research confirms this observation, evident not only in the cascade of motions like the one now before this Court that seek surprisingly broad disclosure of “private” online discourse, but in the relative paucity of on-all-fours precedent that might otherwise guide us as to how a litigant’s social-media activity and conduct fit into what lawyers and judges already understand about the breadth and limits of discovery under the Federal Rules of Civil Procedure.

In connection with the present motion, this Court has been cited by Callais to cases that it claims stand for the proposition that anything posted by a litigant on SNS is fair game in discovery. Those cases are discussed below but it bears mention here that Callais’ discussion of them is preceded in its brief by a rather bold argument, the tagline of which is “[i]f the plaintiff has nothing to hide, then he should not object to producing his Facebook records.” This statement reveals a fundamental misunderstanding of the general scope of discovery and where SNS information fits within that scope.

The present motion is about discovery of social media communications, which some lawyers and litigants apparently perceive to be different in kind than “other” discovery we are more accustomed to seeing. The Federal Rules do not allow for that distinction. The question created by the present motion and counsel’s argument in support of it is whether the manner in which something is communicated to a select group of people (“friends” in the SNS parlance) matters under Rule 26. When it comes to one of the key indices of discoverability—relevance—is there a meaningful difference between typing a message into a cellphone or a computer keyboard, as opposed to speaking it out loud to another person or writing it on paper? In this Court’s view, the answer to that question must be “no.”

The court then writes the defendant’s document production request for it, saying the following requests are OK:

1) postings by Farley that refer or relate to the accident in question;

2) postings that refer or relate to emotional distress that Farley alleges he suffered as a result of the accident and any treatment that he received therefor;

3) postings or photographs that refer or relate to alternative potential emotional stressors or that are inconsistent with the mental injuries he alleges here;

4) postings that refer or relate to physical injuries that Farley alleges he sustained as a result of the accident and any treatment that he received therefor;

5) postings that refer or relate to other, unrelated physical injuries suffered or sustained by Farley; and

6) postings or photograph that reflect physical capabilities that are inconsistent with the injuries that Farley allegedly suffered as a result of the accident.

This seems like a reasonable approach to me. While these rewritten requests should still sweep up a lot of data abut the plaintiff, these requests are also more reasonably targeted to produce relevant evidence than the “give me everything” request. The court also specified that the plaintiff had to give what he thinks is responsive to his counsel, who then would screen the material for relevancy and other objections but is also required to preserve a copy of everything his client gives him.

Overall, after some horrendous overdisclosure cases in the 2010-2012 timeframe (such as the Romano v. Steelcase and Zimmmerman v. Weis cases), I think the pendulum on overbroad social media discovery requests is swinging back towards a more reasonable position. I hope this means we’ll see savvier social media evidence rulings in the future.

Venkat’s comments: I agree that social media discovery more often than not casts an unduly wide net. Thus, it is not surprising to see judges expressing frustration. It is still difficult to balance a litigant’s privacy interests against an opponent’s legitimate need for documents and information. Here, the court requires the party from whom information is sought to turn over everything he thinks may be relevant. But the adequacy of what is turned over depends on Farley’s own interpretation. Admittedly, this is the case with all discovery (e.g., emails), but given litigants’ well documented instincts to speak about issues relevant to the lawsuit, parties seeking discovery may feel like this is an imperfect solution. I’m surprised no third party has developed a product that sifts through social media posts and compiles all “relevant” data.