This was a lawsuit brought by the EEOC on behalf of 20-22 persons who were allegedly subject to harassment and retaliation. Not surprisingly, the defendant-employer sought access to social media accounts of the class members. 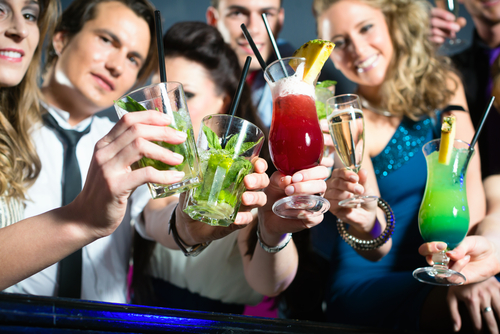 Citing to the following posts by one of the plaintiff-intervenors, Honeybaked argued that the accounts contained relevant information:

Statements that discuss her financial expectations in [the] lawsuit; a photograph of herself wearing a shirt with the word “CUNT” in large letters written across the front (a term she alleges was used pejoratively against her, also alleging that such use offended her); musings about her emotional state in having lost a beloved pet as well as having suffered a broken relationship; other writings addressing her positive outlook on how her life was post-termination; her self-described sexual aggressiveness; statements about actions she engaged in as a supervisor with Defendant . . . ; sexually amorous communications with other class members; her post-termination employment and income opportunities and financial condition . . .

The court says that the fact this type of information “exists in cyberspace . . . is a logistical and, perhaps, financial problem, but not a circumstance that removes the information from accessibility by a party opponent in litigation.” Based on the evidence cited by the employer, the court says it’s satisfied that there’s no fishing expedition. Accordingly, it orders “each class member’s social media content . . . produced.” The court proposes to use a special master, and orders the parties to collaborate and work out the specific instructions to the special master. The special master will produce information which the court will then review for relevance, and then allow the EEOC (or plaintiffs) to designate privileged material. The remaining items will be turned over to the employer.

Unfortunately, the court also mentions that class members have to turn over to the special master “all necessary information to access . . . social media websites.” The court finally says that the parties will share the costs.

Gak! In the realm of zany things courts consider doing (e.g., offering to friend litigants), requiring disclosure of passwords should be completely off the list. Apart from the fact that this results in disclosure of or access to the entire contents of the account (including information that is not relevant or information that is covered by the Stored Communications Act) it may result in unwitting changes to the account. Facebook offers export functionality. (See Eric’s post on this issue: A Dark Side of Data Portability: Litigators Love It.) Presumably other sites offer something similar. If not, the litigant can manually export the information. Either way, courts should never take the password turnover route. (Largent v. Reed is one example where the court ordered the password turned over; I’m sure many other such examples are out there.)

It’s also worth mentioning that online conversations among class members should be avoided. They take place prior to when lawyers are involved, but these conversations are sure to contain some juicy bits that are useful to defendant.

Added: Richards v. Hertz. Corp., — N.Y.S.2d —-, 2012 WL 5503841 (N.Y.A.D. 2 Dept.), 2012 N.Y. Slip Op. 07650 (Nov. 14, 2012), reaches a similar result as to in camera inspection. There the plaintiffs suffered injuries. Defendants sought access to social media content or in the alternative an order precluding plaintiffs from presenting evidence as to damages. The trial court largely sided with plaintiffs, ordering plaintiffs to produce a subset of photographs (those depicting plaintiffs “participating in a sporting activity.” The appeals court reverses, saying that it was erroneous to limit discovery to just photographs–other social media content may equally be probative. Accordingly, the court orders an in camera inspection of the contents of the Facebook page of one of the plaintiffs. With respect to the other plaintiff the court says there is no threshold showing of relevance. (Although the court doesn’t specifically exclude private messages, these are not listed in the categories plaintiff is required to turn over.)