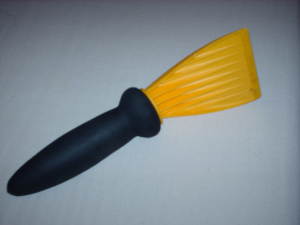 “Web scraping,” also called crawling or spidering, is the automated gathering of data from someone else’s website. Scraping is an essential part of how the Internet functions. For example, Google uses web scraping to build its search database worth hundreds of billions of dollars. Many other online services, large and small, use scraping to build their databases too.

Often, websites will allow third party scraping. For example, most websites give Google the express or implied permission to index their web pages. But if a website doesn’t want to be scraped, will the law support that choice?

Although scraping is ubiquitous, it’s not clearly legal. A variety of laws may apply to unauthorized scraping, including contract, copyright and trespass to chattels laws. (“Trespass to chattels” protects against unauthorized use of someone’s personal property, such as computer servers). The fact that so many laws restrict scraping means it is legally dubious, which makes a scraper’s recent courtroom win especially noteworthy.

QVC is the well-known TV retailer. Resultly is a start-up shopping app self-described as “Your stylist, personal shopper and inspiration board!” Resultly builds a catalog of items for sale by scraping many online retailers, including QVC. Scraping of retailers’ websites isn’t unusual; as the court say, “QVC allows many of Resultly’s competitors, e.g., Google, Pinterest, The Find, and Wanelo, to crawl its website.” Resultly cashes in when users click on affiliate links to QVC products (although Resultly’s affiliate arrangement is mediated through two layers of business partners, each of whom takes their own cut of the proceeds).

The court concludes that QVC hasn’t shown a likelihood of success because Resultly lacked the required intent to damage QVC’s system:

Resultly was not QVC’s competitor, a disgruntled QVC employee, or an unhappy QVC customer aiming to cause damage to QVC’s server. To the contrary, Resultly’s goal was to grow a loyal user base of people who gain something from being directed to QVC’s website. For Resultly to meet this goal, it needed the QVC website to run smoothly, and it needed QVC to allow Resultly to crawl its site. Although Resultly may have ultimately damaged its relationship with QVC by: (1) assuming that QVC’s website could handle Resultly’s requests without implementing a crawl delay; and (2) failing to identify itself in its user name during the time it crawled the QVC server, neither of these “objective identifiers” suggests that Resultly wanted to damage QVC’s server or thought damage was a likely outcome of its actions….At most, the objective indicators QVC offers regarding Resultly’s crawl speed and user agent information suggest that, as a fledgling company, Resultly had yet to iron out certain wrinkles in its business operations.

The court’s ruling only analyzed the Computer Fraud & Abuse Act. For reasons that aren’t entirely clear, the court didn’t address the half-dozen other legal claims asserted by QVC in its complaint; nor is it clear why QVC didn’t assert a copyright claim. Other scraping disputes will typically involve legal theories this court’s ruling didn’t address, such as contract or copyright law. Therefore, this opinion does not provide a definitive green light to other scrapers. For a sense of how difficult it is to engage in legal scraping, see some of my other posts on legal disputes over scraping.

The court noted that QVC used Akamai’s caching services, so Resultly’s scraper accessed Akamai’s servers, not QVC’s. Many large websites retain Akamai or similar services to improve their website’s speed and give them surplus capacity to handle traffic spikes. This opinion implies that partially outsourcing web hosting to Akamai could undercut a trespass to chattels claim because Akamai’s servers, not the targeted website, bear the burden. To the extent the website is functionally “leasing” Akamai’s website, or to the extent the website has to pay Akamai for the scraper’s usage, perhaps this is a distinction without a difference.

* The Proposed “Cloud Computing Act of 2012,” and How Internet Regulation Can Go Awry (Forbes Cross-Post)