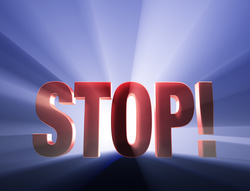 I ran out of time to blog this ruling when it first came out, but it’s worth noting now. You may recall this dispute between Craigslist and 3Taps, an aggregator of user-submitted Craiglist ads. My Aug. 2012 and May 2013 posts on the case. Craigslist tried to shut down 3Taps’ scraping, first by blocking its IP addresses and then by sending a cease-and-desist (C&D) letter. When those didn’t work, Craigslist sued for, among other things, violations of the Computer Fraud & Abuse Act (CFAA) and California’s computer crime law, CA Penal Code 502. In this ruling, the court denies 3Taps’ motion to dismiss.

There really isn’t much for the court to discuss. As we’ve repeatedly discussed on the blog, scraping is of dubious legality despite its ubiquity; and when the plaintiff combines an IP address block with a C&D, most courts are going to rule for the plaintiff. 3Taps tried an anemic argument that Craigslist couldn’t selectively block individuals from accessing Craigslist’s public servers. The argument goes nowhere:

Craigslist had the power to revoke, on a case-by-case basis, the general permission it granted to the public to access the information on its website. Craigslist certainly thought it had such authority, and sought to exercise it through its cease-and-desist letter and IP blocking measures. 3Taps says that Craigslist had no power to “de-authorize” anyone, but it cannot point to any language in the statute supporting that conclusion….

The banned user has to follow only one, clear rule: do not access the website. The notice issue becomes limited to how clearly the website owner communicates the banning. Here, Craigslist affirmatively communicated its decision to revoke 3Taps’ access through ts cease-and-desist letter and IP blocking efforts.

In my prior post on this case, I warned that this case threatens to break Internet law. This ruling moves us closer in that direction.

First, courts in scraping cases frequently treat C&D letters as legally important, in the sense that they ensure the recipient knows that their scraping is unwanted. But C&D letters are wish lists by the senders. They describe what the sender wants to happen, and they are not governed by Rule 11 or other rules that might inhibit massive overclaims by the sender. (There are some ethics rules applicable to sending C&D letters, but they have very little bite). This is one of the reasons why I favor threats actions, so that senders of overclaiming C&D letters feel some legal risk before they pop off. Because C&D letters are effectively unregulated wish lists, it’s troubling to see courts treat them as relevant to the legal conclusion.

Second, as I’ve explained before, the concept of online trespass to chattels is misguided. The court starts from the premise that Craigslist’s servers are its inviolate “property,” even though offline chattels are not inviolate. Further, my position is that electronic signals should categorically not constitute an intermeddling of chattel. (I’ll have more to say about these issues shortly–I just gave a talk on the issues). The judge sidesteps the policy issues and just applied the existing law fairly straightforwardly, so it’s understandable how the court reached its conclusion. Still, this reinforces the importance of moving the debate about online trespass to chattels back to first principles.

This ruling is a good warning of how dangerous this case is for Internet law. Anyone who relies on scraping should be paying close attention to it…and fretting…

31 December 2013 at 9:12am
[…] Craigslist Wins Routine But Troubling Online Trespass to Chattels Ruling in ...