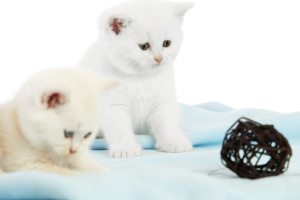 Courtney Austin managed the Preston County Animal Shelter. She was initially hired on an hourly basis but converted at her request to salary. Shortly after she was hired, she created a Facebook page for the shelter, and she sought and obtained permission to create the page from County administrator (Kathy Mace). Unfortunately, according to the court the page was crated “within her personal Facebook account”.

In February 2012, she posted the following to her account:

A few days later she was given a written warning saying she refused to comply with the requests of her supervisors relating to her Facebook posts. She was warned “about giving the public the impression that [PCAS] was moving toward a no-kill shelter. . . .”

Nothing happened for approximately a year, but the following year another Facebook posts landed her in trouble:

We are in need of several transporters this weekend for animals. I know the weather is rough, but imagine if it’s that hard on you, how rough it is on our outdoor kenneled dogs. Additionally we have no heat in our indoor animal areas, intake and indoor kennels, and this has caused our water to freeze making it nearly impossible to perform daily tasks requiring water for cleaning and watering. It is very cold, and we have several rescues stepping up and wanting to help more animals. For sure we have rescues lined up for 6 animals, and we need to move these dogs to get them into warmer homes and fosters. If you can help us with one of the transports, or are headed out of town, and wouldn’t mind a furry companion, please see if you transport for us. For additional information, or to see about transporting in general, maybe another time, email pcanimalshelter@gmail.com and in the subject line title, use transporter/volunteer. We hope some of you are eager to make a new furry buddy.

The shelter had heating issues (two furnaces failed). Her post referenced this, but separately she also sent an email to the commissioners about the process the County was using to solicit contractors to fix the furnace issues. The commissioners responded that they “had it under control.”

Shortly after her post about extreme weather, she met with the Commission and Mace. They requested access to the Facebook page and initially requested that she “close the page”. The commissioners ultimately decided against this approach on the basis of the page’s popularity. They resolved to have their IT person figure out a solution (i.e., transition the page over to them). They did leave the meeting with the instruction to Austin that at least two of the four of them (the three commissioners and Mace) had to approve every Facebook post.

Later that week, Mace emailed Austin telling her to change the page’s password to “123abc” and to provide Mace with the log-in information the following day. Austin did not respond. Mace tried to contact Austin, who did not respond to her repeated attempts. Mace called another employee at the shelter, and Austin (within earshot) told the other employee to tell Mace that Austin had “closed the page”. Mace said that Austin was not following instructions and she should come see Mace. The following day, Austin met with Mace and the Commission. Austin was suspended without pay “due to her refusal to provide passwords and emails to the Facebook account for the Preston County Animal Shelter by [a certain time].” Ultimately, the Commission met and unanimously decided to terminate Austin, saying on the record that:

they [the Commissioners] felt they have had fraud perpetrated on them, that Mrs. Austin has knowingly and willingly allowed public false accusations against other county employees, that friends and families have been misled to believe that there was no water or heat at the shelter.

First Amendment Claims: The court says the key question as to Austin’s First Amendment claims was whether she was speaking as an employee on a matter of employment or a citizen on a matter of public concern. The former isn’t entitled to (or is entitled to less) First Amendment protection than the latter. Here, the court says Austin was making a statement pursuant to her official duties, and thus the Commission could control her message and fire her for being off-message. While the facts was unclear as to whether creation of the Facebook page was on Austin’s own initiative or something that was a part of her overall job description, the court points to the various ways in which the Commission tried to exert control over Austin’s Facebook efforts. The court enters summary judgment against Austin and dismisses this claim. She also brought a public policy claim premised on the First Amendment violation, and the court dismisses this claim as well.

Whistleblower Claim: West Virginia’s whistleblower statute protects an employee who reports “wrongdoing or waste . . . to the employer or appropriate authority.” First, while the waste must be “substantial,” the court says there’s a factual dispute about whether Austin’s Facebook post and email to the commissioners tried alert them to waste that was substantial. Second, there must be a report to the employer or relevant authorities. The email to Jennings falls under this category arguably, but the Facebook post doesn’t because it was “accessible to the general public, and was not directed at [the Commissioners].” The defendants get partial summary judgment on this claim.

Defamation: Her defamation claims were based on the Commissioners’ statements in the Commission meeting and follow up statements to the media. The court says that the statements had some non-opinion components to them, were thus capable of being defamatory, and there is a factual dispute as to their veracity. Finally, in what is perhaps a blow to Austin’s ultimate ability to prove up her claim, the court agrees with the Commission that Austin is a limited purpose public figure because she attempted to influence the public debate and assumed a position that would “propel [her] to the forefront of a public debate”:

Austin emphasizes that she did not encourage her friends and family to create a “Support Courtney Austin” Facebook page, or to attend the February 4, 2013, Commission meeting to speak on her behalf. Austin’s argument disregards the fact that she engaged in a public debate by (1) posting about the Shelter conditions on the Shelter Facebook page; and, (2) furthering the debate about the Commission’s actions at the Shelter by sending her January 29, 2013 email.

Other claims: The court also disposes of a few other claims and issues (1) she doesn’t have a claim under the West Virginia wage statute because it does not cover political subdivions; (2) she does not have a due process claim because she has no entitlement to ongoing employment; (3) the Commision is not entitled to qualified immunity due to factual disputes regarding its motivations; (4) she is entitled to punitive damages against Jennings individually, but only as to the defamation and public policy claims.

Finally, the court also denies summary judgment on the Commissioners’ request to dismiss her public policy claims on West Virginia’s policy regarding the treatment and protection of animals. West Virginia has an expressed policy on the humane treatment of animals, and Austin alleges she was fired for attempting to bring violations of this statute to light. The court says the policy is clear enough but there are questions about the Commission’s motivations for firing her and whether the shelter’s treatment of animals actually violated the policy.

This is yet another interesting twist on disputes between employers and employees over Facebook pages.

The first question is: where is the employer social media statute when you need one?! We’ve blogged before about how these statutes are solutions in search of problems, but this appears to be a true-to-life example where an employer arguably infringes the employee’s privacy rights by firing her for not providing access to the social media account. Under most statutes, firing an employee for not turning over a password, which is arguably what happened here, is a violation. One thing the court does not get into is the mechanics of whether the Facebook page could have been separated from her personal account. My limited experience tells me that back then this was a tricky endeavor. Being able to do this depended on among other things the vagaries of the initial designation of the page at the time of creation (“brand page”; “cause page”; “company page”) and it wasn’t easy to go from one to the other. [Eric’s comment: more confirmation of “The Spectacular Failure of Employee Social Media Privacy Laws.”]

Other aspects of the dispute that had intersting and recurring social media tweaks:

Overall, one’s left with the impression that PCAS is a petty organization, and whatever the internal politics and dynamics were at play, Austin must have been somewhat effective at drumming up public support for her PCAS-related issues. Otherwise the Commission would not have cared about her posts and control over the page. (Check out the support Courtney Austin Facebook page.) Maybe she can parlay this dispute into a position somewhere else dealing with similar issues.

Perhaps my animal sympathies influence my thinking on this, but she’s talking about the mistreatment of animals for chrissakes (see, the picture above)!

Another Employee Behaves Badly on Social Media. Really, You “Can’t Make This Up.” — In re Palleschi

No Computer Fraud and Abuse Act Violation for Access of Facebook and Personal Email by Employee — Lee v. PMSI