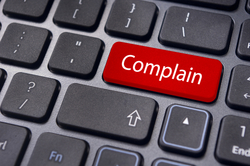 Brenda Wells gripes about University Behavioral Health of Denton (“UBH”) at two blogs, which she promotes via Twitter, Facebook and YouTube. UBH and related parties sued Wells for, among other things, copyright infringement and defamation.

images of UBH’s facility; an image apparently of Ascend’s officers, including Kresch; an image of UBH’s logo; and, a still image of a man outdoors with other people in the background from a UBH promotional video

The court grants Wells’ motion to dismiss on fair use grounds. The court says she used the images for criticism of UBH, and that makes her use transformative even though she didn’t modify the images (cite to Sedgwick v. Delsman). Further, the images had no independent commercial value, so the reuse of the images for criticism didn’t harm the market value of the images. It’s great to see a blogger win a fair use defense on a motion to dismiss; the caselaw is split on this topic. Compare Righthaven v. Realty One with Katz v. Chevaldina.

Among other defenses, Wells claimed that she was protected by 47 USC 230. Wells argued that she:

“simply . . . re-post[ed] content provided by a third party.” Specifically, she points to two statements on her blog which plaintiffs allege are defamatory. As to one statement, plaintiffs allege that Wells removed the name of the commentator, and with the other, plaintiffs allege it was purportedly authored by the mother of a former UBH patient. Therefore, Wells argues, because the statements were authored by others and published on her website, albeit with some edits, she cannot be held liable for those statements. (cites omitted)

While the court says that quoting third parties could potentially qualify for Section 230 (see, e.g., the uncited D’Alanzo case), the plaintiffs’ allegations knock her out of the immunity:

Plaintiffs allege that Wells herself created some of the defamatory statements on her blog. Furthermore, as to the defamatory statements based on information provided by others, it is not evident the extent to which Wells may have made more than mere editorial changes to that information, and the court agrees with plaintiffs that discovery should bear this out. Section 230 immunity does not cover content which Wells created herself or other content, although originating with a third party, which Wells significantly altered.

Unfortunately, the court’s discussion isn’t adequately nuanced. It’s true that significantly altered third party content can lose Section 230 immunity, but only if the editing actually changed the meaning of the edited content. My hope is that those facts will become clearer in discovery, and if the facts are favorable, perhaps the judge will reconsider the Section 230 analysis on summary judgment.

The court also rejects Wells’ fair reporting privilege argument because she’s a blogger, not a “newspaper or other periodical”:

Wells’s internet blogs are not akin to a newspaper or other periodical, even one published electronically. Postings on the blog are not published at regular intervals. They are not composed of articles, news items, or the like.