This is a lawsuit alleging that Huuuge’s gaming app violates Washington’s gambling statute. The particular ruling focuses on whether the app can force users to arbitrate their claims. The district court (Judge Leighton, who is hearing a slew of these cases) denied Huuuge’s motion to compel arbitration and stay the case. The Ninth Circuit affirms. 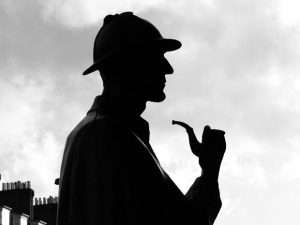 The crux of the ruling is in this paragraph [italics added]:

Huuuge does not require users to affirmatively acknowledge or agree to the Terms before downloading or while using the app. Users can access Huuuge’s Terms in two ways: 1) reading the Terms before downloading the app, although the user is not required to do so; or 2) viewing the Terms during game play, which is similarly not necessary to play the game. Either way, the user would need Sherlock Holmes’s instincts to discover the Terms.

The court notes that the user is not alerted to the terms at any time during the download process. Even during game play itself, a user could theoretically click on “settings” in the app, but this is a cumbersome process, and one the user wouldn’t necessarily have reason to do anyway.

Denial of request for discovery regarding actual notice: Huuuge asked for discovery regarding the plaintiff’s possible actual notice given his repeated use of the app. The court notes that Huuuge raised this issue in passing in the district court and wanted to have it both ways. Specifically, Huuuge took the position that if the district court was inclined to deny Huuuge’s motion for arbitration then Huuuge should be entitled to discovery. Huge “rolled the dice and chose not to pursue additional discovery at the outset . . . .” In these circumstances, the district court’s implicit denial of the request for additional discovery was proper.

Whether the plaintiff was on reasonable notice of the terms: Parties seeking to enforce arbitration clauses in online terms bear the burden of showing that the user should have been on notice. This is a heavy burden:

Even where the terms are accessible via a conspicuous hyperlink in close proximity to a button necessary to the function of the website, courts have declined to enforce such agreements.

The court says Huuuge’s terms are “littered with . . . flaws” identified by other courts who have denied requests to enforce online terms. (Specht, Hines, Nicosia, among others.) The court throws serious shade on Huuuge’s implementation:

[Huuuge’s] Terms not just submerged— they are buried twenty thousand leagues under the sea.

Ouch. The court says Huuuge advises users to read the terms but does not make them readily available. This is the equivalent of “admonishing a child to ‘please eat your peas’ only to then hide the peas.” Similarly, while the terms are available in the “terms and policy” tabs of the settings menu, nothing calls out this tab at all: “[o]nly curiosity or dumb luck might bring a user to discover the Terms.”

In closing, the court says Huuuge could have chosen a leak-proof implementation of the terms which could have assured it of satisfying contractual prerequisites. Instead, it chose to rely on the doctrine of “reasonable notice”. In so doing, Huuuge took a gamble and lost.

Judge McKeown’s pun-filled opinion lays out basic and well-worn contract principles applicable to online agreements. The rule is simple: require users to click through and contract formation is removed from the equation. Failure to do this means you face a fairly high bar to enforce those terms. The court does not articulate a special rule for apps downloaded and installed via a smartphone, but you get the sense the court is much less amenable to a reasonable notice argument in this context than if it were dealing with a user who accesses a website via their computer.

The ruling is filled with screenshots, which is a trend as of late when dealing with apps and terms of use implementation.