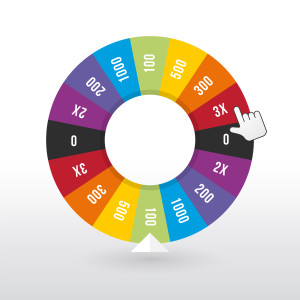 As in the Machine Zone case, the court grants the motion to dismiss, although on slightly different grounds. While the Machine Zone case focused on standing (and engaged in an odd diversion around games of skill versus chance), this ruling focuses on the “thing of value” element—i.e., whether the item awarded to the player is a “thing of value”. The court says this is not satisfied here. Players can win extended play, but the game is already free to play. (The mechanics of what players exactly win in this circumstance was not explained.) Players also win chips, but these cannot be redeemed for cash, so the court says this also is not a “thing of value”.

Plaintiff argued that the chips were things of value because, even if they could not be exchanged for cash with Big Fish directly, there was a thriving secondary market where players buy and sell items from the casino. The court points to Big Fish’s terms of service and says this practice is expressly prohibited, and plaintiff should not be able to sue while basing an element of their claim on a practice that breaches the operative contract with Big Fish. Plaintiff argued (via a motion for reconsideration) that Big Fish waived this restriction in the terms of service because it knows about and turns a blind eye to the thriving secondary market, but the court rejects this argument, saying that the allegations do not adequately allege waiver.

This case raises many of the same issues as the Machine Zone case, although the court takes a slightly different route. As the court notes, there is scant authority on the scope of the Washington statute. The ruling has been appealed. I could see the Ninth Circuit certifying the question to the Washington State Supreme Court.

* Online Dating Services Must Give California Users a “Cooling Off” Period–Howell v. Grindr

* Will the Floodgates Open Up for Americans with Disabilities Act (ADA) Claims Against Websites?–National Association of the Deaf v. Netflix

* Kozinski and Goldfoot on Cyberspace Exceptionalism and Internet Regulation

* The Third Wave of Internet Exceptionalism