May 16, 2014 · by Venkat Balasubramani · in Content Regulation, Publicity/Privacy Rights

The defendant is nothing if not creative in his elaborate attempts to discredit other Dead Sea Scroll scholars. Among other things, the court notes:

Using pseudonyms, defendant sent emails to UCLA media addresses including news@media.ucla.edu, a UCLA professor, Cargill’s doctoral advisor, many other “ucla.edu” addresses, and an entertainment company with which Cargill had signed a contract, criticizing Cargill and questioning his scholarship. Cargill testified that everyone in his department, people in the press room, the Provost of UCLA, and his dean asked him “what the hell is going on, what is this all about?” On a number of occasions, defendant used an anonymous blog to post his grievances about the San Diego exhibit and the Cargill movie. 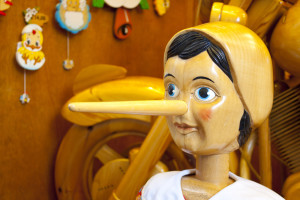 When the Dead Sea Scrolls exhibit moved to Raleigh, North Carolina, defendant targeted Stephen Goranson, a library clerk at Duke University who had published articles on the Scrolls. Goranson disagreed with Professor Golb’s theories and criticized them in public internet forums. In July 2008, writing as “Peter Kaufman, Ph.D.,” defendant separately emailed the Provost and the President of Duke University, as well as Goranson’s supervisor at the library, complaining about Goranson’s purported internet attacks on Professor Golb and suggesting that they consider whether this conduct was appropriate for a Duke employee. The Provost responded that a supervisor was speaking to Goranson and advising him of his obligations. Defendant also created an email account under the name of “steve.goranson@gmail.com.”Defendant also undertook an elaborate scheme involving the impersonation of Dead Sea Scrolls scholar and retired Harvard Professor Frank Cross. The first layer of the scheme was to assume the pseudonym of “Jerome Cooper” to engage in an email exchange with University of North Carolina Professor Bart Ehrman (who had been slated to lecture at the Raleigh exhibit) about the origin of the Scrolls. Defendant then anonymously published a blog denouncing the selection of Ehrman as lecturer and publishing the emails from Professor Ehrman to “Jerome Cooper,” which defendant said Cooper had been “good enough to forward to me.” Defendant’s next step was to create the email address “frank.cross2@gmail.com” and send four separate but identical messages to four University of North Carolina scholars. In those emails from the “Frank Cross” email address, defendant attached links to his anonymous blog entries containing Ehrman’s emails, and stated that “Bart” had “put his foot in his mouth again.” He signed those emails “Best, Frank Cross.”

A majority of New York’s highest court upholds the impersonation and forgery conviction, but reverses the conviction for unauthorized use of a computer network and aggravated harassment.

Criminal impersonation: The key question on the criminal impersonation count was whether the type of harm effected by the impersonation adequately supported a conviction. The court says that while impersonation is ordinarily done for financial gain, it can also involve interference with government operations. The court also says that given that people (particularly in academia) value their reputation as much as their property, injury to reputation can suffice. (Cite to Othello, but no discussion of Alvarez.) “A person who impersonates someone with the intent to harm the reputation of another may be found guilty of this crime.” The court affirms the majority of the impersonation conviction, but says that the mere creation of an email account in someone else’s name without anything more is not sufficient—this in itself does not cause any harm.

Harassment: A New York statute says that a person is guilty of harassment when:

with intent to harass, annoy, threaten, or alarm another person, he or she . . . communications with a person, anonymously or otherwise, . . . in a manner likely to cause annoyance or alarm.

The court said that it previously struck down a similar statute that was aimed at the use of “abusive or obscene language with the intent to harass, annoy or alarm another” and the same rationale applies here.

Forgery, identity theft, and remaining counts: As to the other counts, the court says:

– forgery is aimed at the false creation or use of a written instrument “with intent to defraud, deceive or injury.” The communications via fake email accounts satisfied this charge;

– the unauthorized use of computer network charge was premised on use of NYU computers and use of those computers in excess or authorization – while the court does not delve into the CFAA-analogous issue raised by Nosal and other cases, it says that the statute is aimed at hackers and Golb wasn’t one;

– the identity theft charge was premised on falsifying the business records of NYU through sending emails impersonating a Dead Sea Scrolls Scholar that contained an implied admission of plagiarism; the court says as to this charge that sending an email in someone’s name cannot constitute the creation or falsification of an NYU business record.

The dissent: A dissenting judge thought the indictment should have been tossed entirely.

As to the criminal impersonation statute the dissent says that as written it could be read to protect reputation when “more than a prank is involved.” Indeed, judge Lippman says:

The majority purports to restrict the statute to conduct that causes “real harm,” but the dissent says that the prosecution didn’t proceed under any such limitation.

The dissent also says that the forgery conviction is suspect for the same reason. Using the forgery statute is a back-end way to criminalize impersonation. Use of a vague “injury” threshold in the forgery context gives prosecutors the same unfettered discretion as in the impersonation context. The dissent also notes that any reputational harm can be redressed civilly, but states have long-abandoned criminal libel (even though many states have some laws on the books).

I’m somewhat surprised to not see any discussion of US v. Alvarez in the court’s discussion of the impersonation convictions. The Court’s holding there rejected the idea that false speech was altogether unprotected and therefore could be regulated absent a showing of specific harm. I suppose you could cast this as a case about reputational harm but the dissent has a good point that the status of criminal defamation statutes is uncertain at best. I don’t think the Supreme Court has expressly repudiated criminal defamation, but it has certainly implied that criminal defamation statute laws are not kosher and many states in response have moved away from these laws. Another problem with the court’s construction of the statute is that it relies on line-drawing between “temporary embarrassment or discomfiture” on one end and “real harm” on the other. I would think this imbues the statute with a grant of prosecutorial discretion that courts have rejected as being contrary to the First Amendment. Particularly in the ream of online speech, the idea that impersonation that causes some sort of nebulous greater-than-embarrassment-harm can be criminalized will end up capturing a good chunk of protected speech.

The court striking the harassment statute sounds right, but also seems at odds with the court’s conclusion on the impersonation statute. The statute is aimed at a similar category of nebulous “harmful” speech. The court’s discussion makes it seem like New York courts have previously found similar provisions problematic, so perhaps it’s not particularly groundbreaking, but given the prevalence of legislative attempts to criminalize annoyance, it’s good to see that even this court puts the kibosh on it.

There’s no condoning what Golb did, but I found myself wondering why the affected individuals did not just vindicate their rights via defamation lawsuits.

Eric’s comments: I’m with Venkat on this one. As described in the court’s opinion, Golb engaged in an extensive and malicious campaign of incivil behavior. But it’s awkward and somewhat disquieting to fit those facts into the precise contours of the criminal statutes; and the implications for everyone else is troubling given the ubiquity of “pretend” behavior online. The good news is that we expect prosecutors wouldn’t bother with minor incivil infractions and reserve these heavy-handed tools for major incivil campaigns. The bad news is that we see, over and over, bizarre exercises of prosecutorial discretion. Or, we see things like the Peoria mayor’s extra-judicial overinterpretation of criminal laws to ruin a person’s life in retribution for a non-criminal online impersonation.

FWIW, I have occasionally had people complain about my online posts to my dean and colleagues. None of them have done anything as over-the-top as Golb’s campaign, but the campaigns targeting me have been maliciously calculated to cause me harm. Fortunately, at least in my academic circles, these types of anti-professor stir-the-pot attempts are like insect bites–it’s annoying to have to scratch them, but they have absolutely zero chance of causing a fatality.