A law firm bought SEO services from an organization called “The Rainmaker Institute.” The relationship didn’t end well. The law firm now says the SEO firm used undisclosed spammy techniques that had a high risk of triggering Google penalties. Allegations from the complaint:

the Victim Firms were duped into believing that the services to be provided by THE RAINMAKER INSTITUTE, a company owned and/or controlled by Defendant FAIRLEY, would be effective in making the web sites and related web pages of the Victim Firms appear high in the results of the most important internet search engines—most significantly Google—when key terms chosen by the Victim Firms to describe their practices and the services offered were entered in a search by potential clients. Plaintiff and others paid many thousands of dollars, individually and collectively to THE RAINMAKER INSTITUTE to obtain these services, only to find that they were, in most instances completely unsuccessful. THE RAINMAKER INSTITUTE disclaimed all liability for lack of success of its efforts, and this case is not brought for lack of success per se, the lack of success merely being evidence of fraud and damages to business or property. The action is based on the fact that, at the time that the Defendants were promoting this marketing scheme to the Victim Firms, they knew that the techniques they proposed to use were in violation of the guidelines already well-established and published by Google; knew that Google was moving rapidly to crack down on violators; knew that use of these techniques would not only fail to enhance the likelihood that the Victim Firms would rise in Google’s rankings but would actually be downgraded to the point where the websites being used by the Victim Firms would become “contaminated” for search engine purposes; knew that they intended to use automated programs rather than direct personal effort to create the appearance that links to the Victim Firms webpages (the key to rising in search engine rankings) were being generated in the numbers represented; and knew that they intended to cloak their schemes in allegations of “trade secrets” to avoid the balance of the scheme from coming to light. 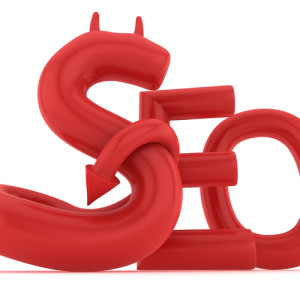 The law firm sued the SEO firm for civil conspiracy and fraud, although apparently not for the half-dozen or more other legal claims (breach of contract? false advertising?) that seemingly would apply to the same facts. Properly pleading civil conspiracy and fraud in a complaint isn’t easy, but the court says the law firm’s allegations met the applicable legal threshold, so the case continues to the next procedural stage.

This case reminded me of a 2011 case (D’Agostino v. Appliance Buy Phone) where the court said the advertiser could assert a negligence claim against an SEO firm that allegedly triggering a duplicate content penalty. SEO firms that don’t respect search engine rules aren’t doing any favors for their clients, and the legal system might offer some recourse to their clients.

I also think there’s a general practice pointer here for advertisers when outsourcing marketing functions to third party services (not just SEO). If, at the time of contracting, the advertiser doesn’t clearly understand exactly what the marketing firm is going to do to build demand for the advertiser’s offerings, the odds are high that the advertiser won’t be happy when it learns the details of what’s taking place under the hood. We’re not sure yet what the advertiser understood or not about the SEO’s services, but the case still provides a good cautionary tale for any future buyers of SEO services that sound too good to be true.