Defendant Natalie Grant-Herms wasn’t allowed to board a flight at the same time as her four year old daughter, who was assigned a different group for boarding purposes. Grant-Herms had the first position and could board in the first batch but her daughter was assigned position 34 and would have to wait until the next set of passengers could board. 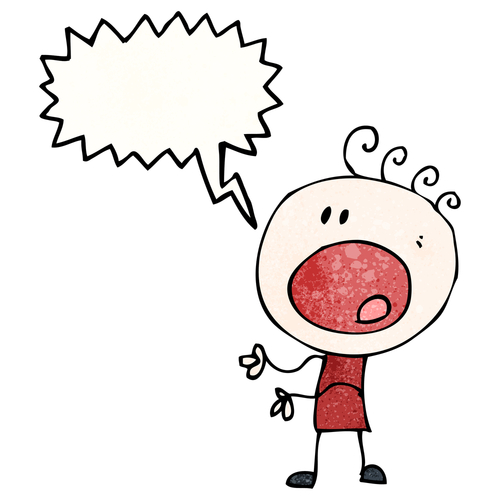 Grant-Herms took to social media to stir up awareness about her plight. She posted the following on Twitter, Facebook and Southwest.com (some tweets are still online, and linked below):

i. “Gracie is 4. FOUR! she wanted her to board by herself or make us wait Till A34. Even though I was business select!”

iii. “Nashville. Gate A25. Flight to Denver. Her name is Jennifer. She said “get over it. Follow the rules. Or don’t fly.”

iv. She has done this to me before. She has the WORST customer service. My daughter is FOUR.

v. “that is ridiculous! [W]hat did she expect? Her walk on herself & find her seat like a grown adult?”

vi. “If your [sic] sympathize with me, when you respond be sure & include @southwestair in tweet. They need to know this WRONG.”

vii. Sadie had MAJOR blowout. I think it’s in response to our southwest air experience. She decided to leave them a gift on their plain. Teehee. [Venkat’s comment: yikes]

Asked me what they can do. I don’t want free flight. Just apology from Jennifer. It’s 4th time she’s done it to me. Time will tell

Grant-Herms’ campaign seemed to have achieved some success:

viii. Well, we’ve caused quite a stir, tweeps. @southwestair just called me. I appreciate their concern & prompt attention 2 the problem.

ix. I’ve got wifi on my flight. I’m impressed with how quickly @southwestair responded to my complaint. I’ll keep u posted as to what they do.

Unfortunately for Grant-Herms, the tyrannical operations agent (Jennifer Patterson) who allegedly was the cause of the grave injustice suffered by Grant-Herms decided to sue, alleging claims for defamation and false light. The trial court granted defendant’s motion for summary judgment.

Defamation: The appeals court says the defamation claim was properly dismissed. The statements in question were “expressions of [Grant-Herms’] frustrations and complaints that she was not able to board the flight in a manner she wanted.” While the posts didn’t necessarily include all of the relevant facts, no one would have understood the posts to mean that Patterson was really endangering a 4 year old’s welfare.

False Light: Surprisingly, no such luck with the false light claim. The court says the tort of false light requires statements that place someone in a false light that is “highly offensive” to the reasonable person; but it need not be defamatory. The court says that when viewed in the light most favorable to Patterson, a reasonable person could find that the posts implied Patterson was “rude and a bad service gent, one who was more concerned with adherence to the airline rules and procedures than the welfare of the child.”

Grant-Herms appeared to have taken the snarky route in her briefing on appeal. She argued that the words were not offensive because Patterson worked for an airline, and:

[as the] court is surely aware, airlines are notorious for bad customer service . . . [t]he statements that were made by the appellee in this case are not only not highly offensive, they are sentiments that have likely been uttered by airline passengers for decades.

Unfortunately for Grant-Herms, the court says this doesn’t address the threshold question of whether the statements put Patterson in a bad light.

It may be a personal quirk, but I’m not a big fan of people trying to correct customer service wrongs on social media. Grant-Herms’ tirade probably sums up why perfectly. If I had encountered her tweet at the time, rather than show solidarity, I would have probably just reminded her that she’s flying Southwest! She should get over it.

My bias against these types of rants aside, this decision is a bummer and I hope it is revisited. I may be missing something key to begin with, but the posts don’t seem to mention Patterson by name. Would a reader even know it was her to begin with? Even assuming Patterson was identifiable by readers, I struggle to see what was false about the statements. The court says that Grant-Herms omitted some crucial details, but what were they? Shouldn’t the court’s conclusion that the statements were not defamatory begin and end the inquiry? Also, even assuming she was mentioned in an identifiable way, does the name of a particular employee even register with anyone reading these statements. Perhaps it would have been different if Patterson was tagged or identified in a tweet, but most people who came across these statements only care—if at all—about the company in question, not the particular employee. Finally, is someone’s ranting online accusing you of being a tyrant about enforcing your company rules really “highly offensive” to the reasonable person. Really Tennessee appeals court? Really?

Perhaps you can chalk up the result to the vagaries of Tennessee law, or the law around the tort of false light, but if this lawsuit was brought in California with its strong anti-SLAPP law, it would have been tossed out of court with Patterson having to pay Grant-Herms’ attorneys fees.

I just want to reinforce two of Venkat’s points:

1) It’s deeply troubling to see a false light claim succeed where a defamation claim has failed. From my perspective, defamation applies to false statements of fact and false light is basically “defamation-by-implication”–in other words, there is no separate false light doctrine, there is just express and implicit defamation. I would have liked to see the court better explain the dividing line and how there was enough falsity for false light but not enough for defamation.

2) I can’t believe anyone goes on social media tirades against the airlines any more. I know from first-hand experience of flying about 100,000 miles this year on more than a half-dozen airlines: they all suck, and they all suck about equally. To me, it’s absolutely ridiculous to single out one airline as worse than its competition. When I see angry fliers vow that they will never fly a particular airline again, I always laugh. Unless you’re planning to procure a private jet, boycotting one airline will just ensure you get crappy service on whatever airline you choose. It’s like Russian Roulette where there are no blanks.

* when it comes to dealing with airline personnel, yelling at them almost never works. You catch more flies with honey than vinegar.

* I don’t want to think about what “gift” she and her daughter left on the plane, but I don’t see how that advanced the cause of justice. Instead, that kind of passive-aggressive lashing out is tremendously uncool to the other airline employees and other passengers who are innocent bystanders in the matter. Ewww.

David Anthony: “Think Before You Twee: Your Online Rant Could Get you Sued in Tennessee”

[I made a slight edit to clarify the boarding process and how this affected whether Grant-Herms and her daughter could board together. Thanks to the frequent Southwest flyer-reader who pointed out how their boarding works!]