I’m sure you are familiar with Garcia v. Google, the copyright lawsuit against YouTube over the Innocence of Muslims video that led to a fatwa being issued against Garcia, an actress in the movie. In a truly awful opinion from February, a split Ninth Circuit panel led by Judge Kozinski issued a preliminary injunction against YouTube’s publication of the video, subsequently corrected to an injunction prohibiting YouTube’s publication of the video including Garcia’s depiction. The majority opinion butchered copyright law, and in a procedural move we don’t normally see in our democratic republic, the injunction was initially issued to YouTube under a confidentiality gag order. Meanwhile, the video remains online at other sites, so the injunction against YouTube doesn’t materially change the video’s availability. Due to these attributes, the opinion and associated injunction have been widely criticized, and Venkat and I skewered the opinion in our initial write-up. 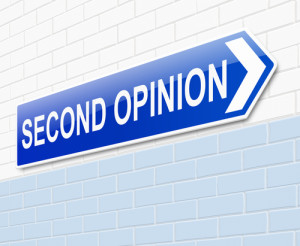 Google and YouTube requested an en banc rehearing. On Monday, Venkat and I submitted an amicus brief in support of that request on behalf of 13 other Internet Law professors (more profs would have signed the brief, but they signed the IP professor brief instead). Our brief focused on how plaintiffs are using–and in some cases abusing–copyright law to make an end-run around Section 230. Indeed, Garcia initially sought an injunction in state court that was denied, so she only raised her copyright claim when it became clear she couldn’t get an injunction against YouTube under any other legal theory. The brief explains why we expect more plaintiffs will exploit Section 230’s copyright “hole,” and how that harms the integrity of Section 230’s important immunity.

I want to give a special shoutout to Venkat for his help with the brief. Although we’ve been co-blogging together for about 5 years, this is the first time we’ve worked together on an official project. As he does so often, he provided numerous hours pro bono. We are lucky to have him in our community.

In addition to our brief, 9 other amicus briefs supporting en banc rehearing were filed. A quick summary:

* Public Citizen brief by Paul Levy. The brief principally focuses on the standards for a copyright injunction.

* Public Interest Group brief by numerous blog friends, including the EFF’s Corynne McSherry and my former student Teri Karobonik. Seven other public interest groups signed this brief, including the ACLU and the American Library Association. The brief largely covers First Amendment issues raised by the injunction.

* News organizations brief by Kelli Sager and others. This brief is on behalf of 9 organizations, including the LA Times, Washington Post and NPR. They say the ruling “threatens to
provide plaintiffs with a means of silencing critical news reporting by using copyright claims to circumvent traditional constitutional protections.”

* California Broadcasters Association brief by a Kelley Drye team. This mostly focuses on copyright doctrine: “the panel majority’s holding is wrong as a matter of law, creates uncertainty and unpredictability for content broadcasters, exhibitors, and distributors, and exposes them to litigation from performers who were not mistreated as Garcia was but still claim an individual copyright in their own performances.”

* Floor 64/OTW brief by Cathy Gellis. Cathy and I had talked about working together, so this brief is consistent with my views too. It argues that Congress wanted special treatment for intermediaries. It also raises an interesting point about Congress’ desire for precisely tailored injunctions under 17 USC 512(j).

* International Documentary Association brief by Gary Bostwick, USC’s Jack Lerner and more. Three other entities joined this brief. This brief focuses on copyright doctrine: “Amici cannot now predict with sufficient certainty: (1) when a “copyrightable contribution” arises; (2) when a filmmaker qualifies as an “employer”; and (3) the scope of licenses when not expressed in writing.”

* NetFlix brief by Michael Page and Joe Gratz. “Netflix has no ability to determine whether licensing niceties have been observed for each of the tens of thousands of works it distributes, and no easy way to assess or defend against a claim they have not.” I was impressed by the brief’s use of the term “bowdlerizing.”

* Technology companies brief by Andrew Bridges and a Fenwick team. Signatories include a who’s-who of the Internet world: Adobe, Automattic, eBay, Facebook, Gawker, IAC/InterActiveCorp, Kickstarter, Pinterest, Tumblr, Twitter, and Yahoo! As the brief says, many of these signatories are YouTube competitors. The brief focuses on copyright doctrine, such as 512(m)’s ban on requiring service providers to prescreen for infringement and other problems with the court’s staydown order.

* IP Professors brief by Chris Newman and Chris Sprigman (the “Chrises” or “Chris-squared”) plus Julie Ahrens. Chris Newman is a former Kozinski clerk and co-author, so I suspect Kozinski will consider this brief with extra interest. 21 other law professors signed this brief, including many friends such as Rebecca Tushnet and Mark Lemley. If I hadn’t done my own brief, I would have signed this one too. The brief focuses on the panel majority’s problematic conceptions of a copyright “author.”

Noticeably absent from the amicus brief roster are the big entertainment companies, such as the major movie studios and the record labels. Given that this case involves video production, something Google/YouTube don’t know much about, where are the real experts on this topic? One possibility is that they are hubristic enough to believe that they run such a tight legal ship that they will never run into problems with the court’s holding. Another possibility is that they are spiteful enough to delight in Google’s misery, even if the rule ultimately hurts them too (i.e., the enemy of my enemy is my friend). Yet another possibility is that they are happy to free-ride on Google’s efforts, getting all the benefit of Google fixing the law without any of the financial or reputational costs of siding against Garcia or supporting a deceitful rogue film producer. Whatever the reason, I can’t say that I favorably regard their decision to stand on the sidelines as the Ninth Circuit is trying to wreck their industry.

Surprisingly, and a little disappointingly, none of the briefs squarely addressed the most obvious legal defect in the panel’s majority opinion: the fixation issue. (The NetFlix and IP Professors briefs both touch on fixation, but only a little). Garcia can’t have any federal copyright protection unless she fixed her work–in this case, her acting performance. I don’t see any way Garcia can show that *she* fixed her performance. The only fixation of her work (separate from the script, which was provided to her) was the video recording. However, she didn’t “press the button” on the video recording, so she didn’t do the fixation herself. And I don’t see how she can argue that the video recorded her performance “on her behalf.” After all, she operated under the director’s instructions, and the director paid her for acting. It would be baffling to conclude that the director paid the actress money for the privilege of fixing a work “on her behalf.”

Furthermore, simply consenting to fixation cannot mean the fixation was done on the depicted person’s behalf. Otherwise, unless a written contract varied the deal, every person depicted in a posed photo could claim they own the photo’s copyright because they consented to having the photo taken. That’s not the law now, nor will it ever be. The panel majority punted on the fixation issue in FN4, showing they knew fixation was an issue but deciding to defer it. However, they decided to resolve the matter on the spot rather than remanding the case to resolve a key threshold formality determining federal copyright ownership. As I’ve said before, I believe the case will be reversed when the fixation issue is addressed, and that reversal will turn the current opinion into a bizarre law school exam hypothetical (i.e., what would the law be if Garcia could claim she fixed the work, even though she can’t make that claim). I couldn’t address the fixation brief because I wanted to call attention to the Section 230 issue; but I hope the Ninth Circuit sees the importance of the fixation question when deciding the en banc question.

We can see how the fixation analysis cleans up a junk copyright case in the Seventh Circuit’s Banana Lady ruling. Conrad v. AM Community Credit Union, 13‐2899 (7th Cir. April 14, 2014). I recently blogged the Wisconsin appellate court’s disposition of the Banana Lady’s state law claims (sorry for the spoiler, but she lost everything). In front of the legendary Judge Posner, the Banana Lady’s copyright claim goes down in flames. Banana Lady claimed that the audience’s recording of her performance and subsequent publication of those recordings violated her copyright in the performance. Judge Posner asks where’s the fixation (cites omitted):

The performance itself was not copyrighted or even copyrightable, not being “fixed in any tangible medium of expression.” To comply with the requirement of fixity she would have had either to have recorded the performance or to have created a written “dance notation” of it. She did neither.

In three pithy sentences, Judge Posner gets right what Judge Kozinski screwed up. That makes me optimistic other judges on the Ninth Circuit will easily recognize this obvious issue.

Because there are so many things wrong with the panel majority’s opinion, I hope the Ninth Circuit will take the case en banc. On the other hand, I can’t help but wonder if maybe we’re all playing into some devious Kozinski plot. Maybe he wants the case heard en banc so he can lock his (misguided) views about copyright and privacy into Ninth Circuit law. At minimum, there are numerous legal principles at stake in this case where the Ninth Circuit en banc could go sideways, especially in light of the troubling facts raised by the case. For example, Section 230 or Section 512 are both at risk of getting sideswiped. Still, I continue to hope that a broader group of judges will recognize that the three-judge panel made a terrible legal mistake that needs to be cured, even as I have lingering paranoia that the Ninth Circuit will live down to its unflattering stereotypes.

If you haven’t seen it, the Ninth Circuit is keeping a helpful library of case materials.

← Twibel Ruling: Tweeting That Someone is “Fucking Crazy” is Not Defamatory
Google, Yahoo and Amazon Beat Defamation Claims–Kabbaj v. Google →
Subscribe to Blog via Email
Categories