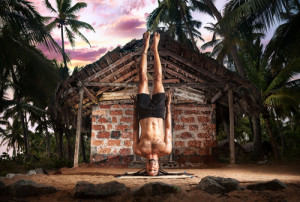 Last week, in Lexmark v. Static Control, the Supreme Court articulated new standards about who can sue for false advertising under federal law. Because the Supreme Court rejected all of the disparate legal tests currently being used, this ruling will change false advertising law across the country. While it’s not clear who will win and lose from the new rule, it is clear that everyone should benefit from a uniform national rule about who can sue for what.

The Lanham Act implies, but doesn’t directly say, that not everyone has the right to sue (what’s called “standing”) for violations; instead, it requires some sort of competitive injury. Due to the ambiguities of the statutory language, appellate courts throughout the country had adopted a variety of tests to decide who had standing for a Lanham Act false advertising claim. One test limited standing only to direct competitors of the defendant; other tests permitted a broader range of interested plaintiffs.

In the Lexmark opinion, authored by Justice Scalia, the Supreme Court rejected all of the appellate courts’ existing tests, as well as other tests favored by the litigants and their amici. Instead, the Supreme Court crafted a completely new standing rule requiring that the plaintiff be within the statute’s “zone of interest” and the plaintiff’s injuries be “proximately caused” by the false representation. Thus, Lanham Act false advertising standing requires the plaintiff to allege:

an injury to a commercial interest in reputation or sales…flowing directly from the deception wrought by the defendant’s advertising; and that that occurs when deception of consumers causes them to withhold trade from the plaintiff.

In some jurisdictions, such as those that limited standing to direct competitors, the Supreme Court’s ruling will probably expand the number of potential plaintiffs over a business’ false assertions. For example, the ruling provides standing for a component supplier if a manufacturer of finished goods bashes the component, even if the parties aren’t direct competitors. The opinion also might mean that a retailer can sue manufacturer A for bashing manufacturer B if the bashing cuts into the retailer’s sales.

However, in jurisdictions that had adopted broader standing tests, this ruling might reduce the number of potential false advertising plaintiffs. Furthermore, the opinion indicates that some plaintiffs categorically lack standing, including consumers, businesses buying for their own account, and service providers to a business harmed by a false representation, such as landlords or power companies. These categorical exclusions aren’t a big change to existing law, but they ensure that Lanham Act false advertising won’t evolve into a general-purpose false advertising law.

The court’s requirement of a proximately caused injury might further restrict who can sue. It won’t be enough for a business to simply point to someone else’s commercial statement, claim it’s false, and run to the courthouse. We’ll have to see how rigorously lower courts interpret this “injury” requirement, but it could lead to further reductions in the number of plaintiffs with standing.

Thus, although the Supreme Court rejected the narrowest standing test and said that standing was possible in this case, the Supreme Court’s holding may, on balance, lead to a net reduction in the universe of plaintiffs with Lanham Act false advertising standing.

Either way, this ruling should eliminate the different regional tests for standing. Instead, it establishes a common legal standard across the nation. That reduces the risks of litigation gamesmanship in deciding where to sue, and it should reduce the litigation costs to determine standing. It helps that this ruling was a single unanimous opinion–a truly remarkable outcome given that the court adopted a test advocated by none of the litigants, and further remarkable because Justice Alito wrote one of the appellate court opinions that this opinion effectively overturns.