Another Reason Not To Let People Borrow Your Cellphone–Olsen v. Henderson

Pro-tip: if you’re going to let someone borrow your phone, make sure you don’t have any sexy selfies that can be freely accessed by anyone who accesses the phone. (Probably a good idea to secure your photos anyway.) 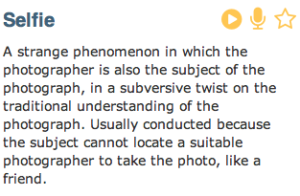 Brian Olsen and Jessica Saur were cosmetology students at the Euphoria Institute in Henderson (NV). Olsen, who shockingly did not own a mobile phone, asked to borrow Saur’s phone. She allowed him to use the phone to call his father, and that’s when things took a turn. Saur claimed that her selfies were accessed and emailed from her phone (although the order isn’t totally clear, the order implies that she alleged Olsen accessed two nude photos of her stored on the phone and emailed them to himself). Olsen claimed that Saur sent him the photos as sexts but he didn’t acknowledge them. He also alleged that well after the incident Saur sent him a Facebook friend request. Saur complained to the police, who conducted an investigation, and concluded that Olsen’s conduct likely violated NRS 200.604, a statute aimed at peeping photographers. Olsen was picked up by the police and arrested. Ultimately, the Henderson district attorney’s office declined to prosecute.

Olsen sued the officers, alleging claims for false imprisonment and violations of his Fourth Amendment rights. The court grants summary judgment to defendants, reasoning that there was probable cause to conclude that Olsen violated NRS 200.604:

1. Except as otherwise provided in subsection 4, a person shall not knowingly and intentionally capture an image of the private area of another person:

(a) Without the consent of the other person; and

(b) Under circumstances in which the other person has a reasonable expectation of privacy.

2. Except as otherwise provided in subsection 4, a person shall not distribute, disclose, display, transmit or publish an image that the person knows or has reason to know was made in violation of subsection 1.

The court says that it’s irrelevant as to whether plaintiff “captured” the image in question because he could violate the statute by “broadcasting” the image. The statute defines the terms broadcast as “to transmit electronically an image with the intent that the image be viewed by any other person”. The court says that by emailing the images to himself, Olsen “broadcast” the images (apparently, to himself). Second, the court says that Saur did have a reasonable expectation of privacy in the photos. According to the court, although she lent Olsen the phone, she only did so for the limited purpose of allowing him to call his dad.

The case involves some core factual disputes that looked challenging at best to resolve at the summary judgment phase. Setting the issue of statutory interpretation aside, the court seems convinced that Olsen sent himself the images, but that conclusion requires some conjectural leaps. For example: the emails were allegedly sent around the time Saur allowed Olsen to use here phone; the emails did not contain any text or other messages; Saur and Olsen did not acknowledge the photos; the two had no contact outside of class and had not otherwise communicated. None of this seems conclusive as to whether Olsen sent himself the images. The most damning piece of evidence was that Olsen never called his father, despite saying he did, but even this is somewhat equivocal.

Then there’s the question of statutory interpretation, and here, the court struggles mightily to shoehorn Olsen’s conduct into a statute that plainly does not fit. The statute is aimed at (1) people who surreptitiously take photos of others and (2) those who distribute the photos knowing that they were taken without consent. To me, it’s not even a close question as to whether the statute covers Olsen’s conduct—it doesn’t:

– the photos were taken with consent, since Saur took the photo of herself she obviously consented to them being taken

– while the photos cover distribution and broadcast, this is only covered where there’s knowledge that the photos were taken in violation of the statute (the fact that distribution lacks consent is not enough)

– it’s unclear even that Olsen’s “broadcast” the image, since he did not show it to anyone

– finally, the court talks about whether Saur had a reasonable expectation of privacy, but again, this discussion should have focused on when the photo was taken.

   This is yet another interesting data point in the overall discussion about what happens when a photo of someone is taken in a consensual setting but then is distributed without consent. Stretching statutes that were enacted to counter separate types of conduct is not a viable option. The prosecutor did the right thing and declined to prosecute Olsen. Surprisingly, the court gives the law enforcement officers a free pass.

As to what Saur’s remedies would be, she could have considered a civil lawsuit against Olsen, but given the absence of fact that he distributed the images, a civil lawsuit would face some obstacles. Whatever the limits of implied consent perhaps it could stretch to his own view of the images. Cf. Steel v. RadioShack (RadioShack May Be Liable for Accessing Images from Recycled Customer Cellphone).

Either way, it’s worth reiterating that lending someone your phone is akin to sharing your email password or computer. Even if you don’t have sexy photos on there, it’s still risky and the ensuing intrusions may not be easy to remedy in litigation.

← Epinions, The Path-Breaking Website, Is Dead. Some Lessons It Taught Us (Forbes Cross-Post)
47 USC 230’s Legislative History →
Subscribe to Blog via Email
Categories