The highest criminal court in Texas struck down a portion of a Texas statute prohibiting “communicating in a sexually explicit manner” with a minor with the intent to arouse. (Section 33.021(b) of the Texas Penal Code.) Both the trial court and the intermediate appeals court rejected challenges to this statute, but the Court of Criminal Appeals says it’s unconstitutional on its face.

As the court notes, many jurisdictions have online solicitation statutes—i.e., statutes that cover actual invitations to have sexual contact in person. Courts have found these types of statutes to be constitutional. However, the provision at issue here covers slightly different communications. It covers:

communicating online in a ‘sexually explicit’ manner with a minor if the person [communicating] has the intent to arouse and gratify anyone’s sexual desire. 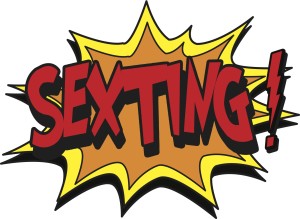 [“Sexually explicit” is defined] as “communication, language, or material . . . that relates to or describes sexual conduct.

The statute makes a content-based distinction, and because the content in question doesn’t fall into one of the traditionally unprotected categories of speech (e.g., obscenity, child pornography, solicitation), the state has to put forth a compelling state interest and show the statute is narrowly tailored to achieve this interest.

The big problem with the statute was that there were already a bunch of other statutory provisions that dealt with the various ills that the state was (legitimately) trying to address. For example, separate statutes dealt with obscene communications, communications harmful to minors, and child pornography:

[t]he only material that this subsection covers that is not already covered by another penal statute is otherwise protected speech.

Because the statute covers content that is not necessarily obscene (even as to minors), it could sweep up not only “titillating talk,” but also a wide range of more innocuous content, such as “50 Shades of Grey,” The Tudors,” “Janet Jackson’s ‘wardrobe malfunction.” . . . even “Miley Cyrus’s ‘twerking’ during the 2013 MTV Video Music Awards.”

The court contrasts this subsection with “harmful communications with minor” statutes that have received First Amendment approval in two ways: (1) for many statutes, the definition of “obscene” communications complies with Miller v. California, and (2) these statutes apply where there is intent to commit an illegal sex act.  Some states have used a slightly different definition of obscenity that takes into account the minor’s age, but several courts have struck down statutes that criminalized the dissemination of non-obscene but sexually explicit materials to minors. (See also Reno v. ACLU.)

The state argued that the statute targeted “grooming,” but the court views this as an after-the-fact rationalization. Even if it is targeted to grooming, it’s not narrowly tailored.

The state made a few arguments that the court quickly dispatches. First, it argued that the defendant failed to argue how sexually explicit conversations with minors are protected speech–i.e., what possible redeeming quality could this speech have? The court says this is backwards. As a content-based restriction, it’s up to the state to justify the validity of the statute and show that the speech is unprotected. Second, the state argued that the statute was aimed at the “widespread use of the internet and technology as a tool for adults who prey on children . . . .” The court says this is a laudable goal, but the state can catch people when they actually engage in crimes (e.g., solicitation) – the state cannot function as a thought police:

A man’s thoughts are his own; he may sit in his armchair and think salacious thoughts, murderous thoughts, discriminatory thoughts, whatever thoughts he chooses, free from the ‘thought police’.

The court finally notes the law’s sweeping reach. It could apply to someone who engages in a conversation in a foreign country. It also is not restricted to one-on-one communications.

This is a very careful and thorough opinion that should go on the reading list of any state legislator or staffer working on this type of legislation. It’s a good illustration of the proposition that if other statutes already cover the problem you are seeking to target, you may not have an easy time justifying a new overlapping statute against a First Amendment attack.  Also, post-Alvarez, if content does not fit within a category of traditionally unprotected speech, legislators face challenges regulating it. Particularly when there are criminal penalties involved, courts will rightly scrutinize the statute carefully. Statutes directed at many online torts of recent vintage are probably susceptible to this type of a challenge, in particular those directed at online harassment and revenge porn.

The ruling strikes a chord in that it permits sexualized communications between an adult and minor that are not obscene or solicitative, even if there is some intent to arouse on the part of the adult-sender. Perhaps the transmission of this type of information alone is harmful, but as this case shows, that justification will not necessarily fly with a court that is vigilant on First Amendment issues.