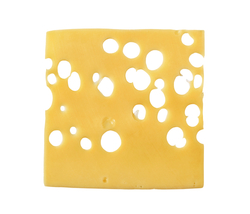 The final version of the law is significantly less ambitious than earlier drafts, and there’s fairly widespread agreement the law as passed doesn’t do much. It’s easy to see the law’s limited scope by enumerating what it doesn’t cover:

* “selfies.” If the victim makes the recording him/herself, the law doesn’t apply.

* hackers. If a malicious third party obtains a recording by hacking into the victim’s computer or cellphone and then distributes the recording, the law doesn’t apply.

* confidentiality disputes. The law applies to “circumstances where the parties agree or understand that the image shall remain private.” This might be obvious if the victim never consented to being recorded at all. In other cases, the defendant and victim may disagree about their expectations for the recording, which would make conviction difficult or impossible.

First, California’s new law probably sidesteps First Amendment problems by requiring an intent to cause serious emotional distress. Without such a restriction, involuntary porn laws can face significant First Amendment limits. Intimate depictions are often part of other people’s life history–a story that person may want to tell in full. Further, by design, privacy laws suppress the flow of truthful information. For example, consider Anthony Weiner’s sexting photos. California’s new law wouldn’t apply to them (they were selfies), but any law restricting a recipient’s redistribution of those images may substantially hinder important social discourses. The recipient could publicly claim that she received sexting photos from a famous politician, but she may need to provide photographic proof to substantiate her claims–especially in the face of the politician’s inevitable denials. Weiner’s sexting photos provide crucial evidence of his dubious decision-making and recidivism, so any law that interfered with their disclosure may violate the First Amendment.