Another day, another workplace problem due to an off-hours Facebook rant. Doe is a convicted sex offender. He fought the Massachusetts Sex Offender Registry Board’s determination that he needed to register as a level 3 sex offender. As part of the normal administrative process, Doe’s case went to hearing examiner Tyson Lynch, who ruled against Doe.

During a 6 month time period around the hearing, Lynch posted remarks to Facebook that included the following (as stated by the opinion):

a. “it’s always awkward when I see one of my pervs in the parking lot after a hearing”;
b. he (the hearing examiner) “likes taking motions under advisement, but gets greater satisfaction denying them”;
c. On November 20, 2008, the day of the plaintiff’s hearing, the following comment was posted during working hours: “it’s always a mistake when people testify, because they get destroyed in cross examination”;
d. On that same day, the day of the plaintiff’s hearing, the hearing examiner also posted the following (apparently with reference to a different sex offender): he (the examiner) “hopes this guy doesn’t show up!!” which was followed up with “Tyson Lynch says yay!! He didn’t show up!”;
e. he “thinks his agency has been the subject of too many news exposes should seek alt career plans?”;
f. he “can’t trust someone who drafts a letter in arial font!”;
g. he “thinks attorneys should know that arial font is not appropriate for motions” followed up with “I might be biased. I think arial is inappropriate for most things”;
h. he “hates silly motions”;
i. he “had to lay some smack down on some crazy attorney!!”;
j. he “is at the longest hearing ever!!!”;
k. The entry above was followed by: he “just sat through a 2.5 hour direct examination! Hearings generally last an hour”;
l. he “is off to jail for the day! Let’s hope he doesn’t get shanked”;
m. The above comment was followed up with “[he] wasn’t stabbed while he was in jail, but with the lax security, I’m surprised it didn’t happen”;
n. “well, they have the convicts cutting down trees, so it might be safer in my car”;
o. “I have a police report written entirely in Spanish!!!”; and
p. he “hates the word ‘lascivious.’ 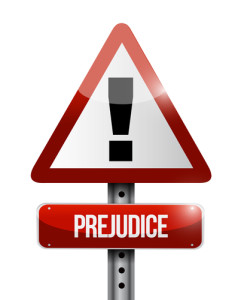 These remarks are damning. The court harshly characterizes them as “unquestionably inappropriate, unprofessional, troubling, and suggestive of a prejudicial predisposition.” The remarks imply Lynch made unwarranted negative presumptions against the people he evaluated (the “pervs” reference), was biased against Spanish speakers, and ruled on the basis of the fonts used in written submissions rather than their legal arguments. (I’m not an Arial fan myself but it’s a respectable font. It would have been more understandable if he had ranted against Comic Sans).

Due to Lynch’s apparent bias, the court vacated the registry board’s ruling against Doe and granted Doe another hearing. That resolution should be just the tip of the iceberg because every other case Lynch heard could be susceptible to similar claims of bias. Not only would any biased rulings by Lynch have potentially ruined people’s lives, but it will take years and enormous amounts of tax dollars to resolve the many likely bias claims from Lynch’s prior cases.

This ruling is quite similar to the Shepherd v. McGee, where a children’s social worker ranted on Facebook in a way that suggested bias in her child placement decisions. No doubt both Lynch and the social worker made ill-advised choices when they ranted about their jobs on Facebook, but I’m not sure Facebook is the “problem.” If, in fact, Lynch really felt the way he did, his beliefs are the real problem and Facebook merely provided a way for other people to discover his beliefs. If instead Lynch was truly joking–edgy humor at best, but perhaps amusing to his intended audience–then he learned the hard way that jokes don’t easily translate online. We probably need to do more education of government workers that it’s best to blow off steam around the water cooler or over beers, not on social media.

Fortunately, it appears Lynch took his own advice in paragraph “e.” This report indicates he took a layoff 2 years ago, and this LinkedIn profile suggests he’s now a real estate agent.