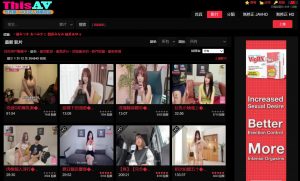 ThisAV users allegedly republished 13 of R18’s videos. R18 sued ThisAV in the Western District of Washington for copyright infringement. ThisAV responded that the court didn’t have personal jurisdiction. ThisAV is based in Hong Kong, and one of its directors lives in Canada. The evidence connecting ThisAV to the US:

Express Aiming at the US. “the advertising structure Defendants employed demonstrated that they profited from viewers in the United States market” because it had 1.3M US pageviews. (Huh? Also true in every case.) I would have liked to see the panel discuss UMG Recordings v. Kurbanov, which specifically analyzed geolocated ads.

The panel also said that ThisAV appealed to US users, despite the fact that it was primarily in the Japanese language. The supporting evidence:

While the panel botched the CDN discussion, the panel has an on-point discourse about the disadvantages of slow page loading:

The time it takes for a site to load, sometimes referred to as a site’s “latency,” is critical to a website’s success. For one, swift loading is essential to getting users in the door. The faster a site loads in a particular location, the better its search engine optimization (SEO) will be there, that is, the higher it will appear in search engine results as compared to competitors. Appearing early in search results is critical to attracting web traffic. Studies show that 93% of online experiences begin with the user typing something into a search engine, and that the results on the first page receive nearly 92% of overall traffic for that term. Swift loading is also crucial to keeping potential site visitors engaged. Research shows that sites lose up to 10% of potential visitors for every additional second a site takes to load, and that 53% of visitors will simply navigate away from a page that takes longer than three seconds to load. Even tiny differences in load time can matter. Amazon recently found that every 100 milliseconds of latency cost it 1% in sales.

I hope the Ninth Circuit will keep these issues in mind when it hears the appeal of the challenge to AB 2273, which interposes a massive barrier to user access to websites. If a little latency costs websites money, imagine what a privacy-invasive and time-consuming age authentication access restriction will do.

Causing Harm in the US. “The operators of ThisAV.com actively appealed to a U.S. audience, knew that a significant number of people in the United States were actually viewing the website, and were put on notice that they were hosting infringing content when Will Co. sent them a takedown notice. In light of that, it’s hard to see how Defendants could have failed to anticipate the harm that occurred in the forum.”

As a result, the panel sends the case back to the district court to consider the rest of the personal jurisdiction analysis.

Overall, this opinion leaves a lot to be desired. The panel’s vagueness about the specific jurisdictional problems attributable to ads and CDNs gives plaintiffs a lot to chew on, while the panel could have relied more on the server location and US-centric compliance disclosures to keep things cleaner. More likely, the panel should have ruled for the defense, especially in light of the fact that the service was Japanese-language and therefore had limited appeal to US audiences. I think that would have been more consistent with the Wanat precedent.

Given the factual error about CDNs, I imagine the panel will issue a corrected opinion if the defense asks for a rehearing. But this could also be a good case for a rehearing en banc to better harmonize this ruling with the Wanat and Mavrix cases.

Structurally, the panel also did not fully connect the copyright infringement claims to the alleged US ties. In other words, it’s not just that ThisAV has US contacts; the jurisdiction analysis should link those ties to the infringements, which isn’t so easy to do given that the infringements were allegedly committed by users, not ThisAV itself. The panel set up the evidence to make the connections clearer; it just didn’t do the analysis.