[Note: I’ve been traveling for the past 10 days and have a long list of important developments to blog when I get back.]

Numerous states have enacted laws that prohibit the use of meat/dairy terms, such “meat,” “milk,” “cheese,” and “butter,” in connection with vegan products. For example, under these laws, the terms “almondmilk,” “soy cheese,” “plant-based cheese,” and “peanut butter” would be illegal. These laws are styled as “consumer protection” laws, but they do nothing to help consumers. Instead, the laws are blatant anti-competitive rent-seeking by meat and dairy producers petrified about the broad consumer trends away from their legacy products. It’s not surprising that legislatures cater to the interests of the meat and dairy lobbyists. However, it’s disheartening to see legislatures prioritize an issue like this over much more important problems facing their constituents, and it’s counterproductive because constituents (and the world) would benefit if more consumers shifted towards vegan options. As we face existential threats from climate change, history will not look kindly on these regressive efforts. 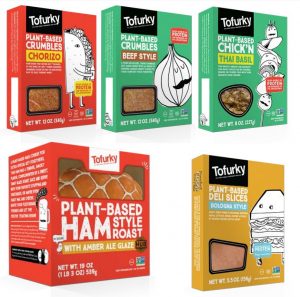 This case involves Louisiana’s attempt to suppress vegan products from using the terms “meat,” “beef,” “chicken,” “pork,” and more. As a bonus, the legislature also tried to suppress cauliflower “rice.” Tofurky challenged the law because it interferes with its use of the term “meat.” The court enjoins the law.

Standing. To negate standing, the state submitted a list of 9 Tofurky labels that it said were fine. Tofurky responded that (1) it uses many other labels that the state hasn’t blessed, (2) it “has already refrained from using certain words and images on marketing materials and packages and has removed videos from its website and social media,” (3) it would be “incredibly expensive” to create Louisiana-specific labels or to change labels nationally, and (4) a new commissioner could change its mind about the 9 labels. The court concludes: “Plaintiff has engaged in self-censorship as it has already changed its marketing practices in Louisiana in response to the Act. Additionally, Plaintiffs speech has been chilled by the Act.”

Constitutionality. Applying Central Hudson, the court holds: “the Act impermissibly restricts commercial speech because the speech at issue is not misleading, and while the governmental interest is likely substantial, the Act is more extensive than necessary to further the Government’s interest.” In particular, the state had no evidence of actual consumer harm; while Tofurky showed that consumers haven’t complained about this issue; and an empirical study showed that they are not confused (but would be confused if the vegan products were forced to change their names). Plus, the state has better options than banning the terms, such as requiring a vegan qualifier in front of them (which most producers are doing anyways).

Implications. In 2018, the FDA began a rulemaking on the issue of meat/dairy terms for vegan products. In the Trump administration’s hands, this had the makings of another front in the culture wars (pitting #MAGA meat-eaters against vegan libs); but I’m only slightly more optimistic about how the Biden administration will handle this issue given the strength and paranoia of the meat and dairy lobbies. The FDA’s pronouncements are expected later this year. If the FDA gives into those lobbies, rulings like this will help with the likely constitutional challenges. Ideally, however, the FDA will create a safe harbor that allows properly labeled vegan products and, even better, preempt all of the nonsense legislation that’s been enacted at the state level.