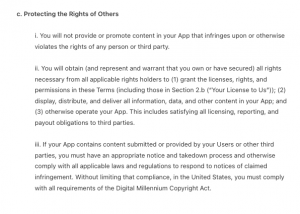 This is a summary judgment ruling in a case where a photographer (McGucken) argues that embedding by a third party (Newsweek) of a photo posted to Instagram is an unauthorized display and therefore infringing. The court previously denied Newsweek’s request to dismiss McGucken’s claim for direct infringement, although it dismissed plaintiff’s other claims. (Blog post on the prior ruling here.)

On summary judgment, the parties largely renew the arguments they previously made.

Was the embed a “display” under the Copyright Act: Newsweek relied on the server test to argue that its use of the embed functionality offered by Instagram did not result in a display of the photograph. The court rejects this argument for similar reasons it initially relied on. First, the server test has not been widely adopted outside the Ninth Circuit. Second, accepting Newsweek’s argument would render the display right a “subset of the reproduction right”. The server test results in loss of control to a photographer who promotes their work on Instagram. The court finds this untenable:

it cannot be that the Copyright Act grants authors an exclusive right to display their work publicly only if that public is not online.

Whether Instagram granted Newsweek an express sublicense: The court says Instagram’s policies make clear Instagram has the power to grant a sublicense to content posted to its platform. However, it’s less clear as to whether Instagram actually took this step. The court finds the relevant language sufficiently equivocal. For example. The “Platform Policy” appears to grant a broad license to users of the API. On the other hand, it provides that “User Content is owned by users and not by Instagram.” Further, the terms referenced by the Platform Policy include a representation by platform licensees that they “own or have secured all rights necessary to display, distribute and deliver all content in [the licensee’s] app or website.” While the definition of “Platform” includes “content,” it doesn’t appear to contain “User Content.”

As the court notes in a footnote, Instagram has changed its policy since the onset of the litigation. The current terms make clear that platform API users are not automatically granted a license and must independently secure rights in any content they embed.

Whether Instagram granted Newsweek an implied sublicense: An implied license exists where someone (1) creates content (2) at another’s request and (3) handed it over, intending the other party copy and distribute it. Newsweek tried to argue that the relevant content in question was the embed code, but the court says this views things too narrowly. The content at issue is really the photograph. Still, the court says that Instagram’s own statements on its website could support the view that it intended platform API users to freely distribute content. The court notes that McGucken tried to introduce evidence of a quote from an “unidentified” Instagram representative made to Ars Technica. The court says this statement is irrelevant to the parties’ understanding at the time of the conduct.

Fair use is also an issue best left for trial: Newsweek also argued fair use.  The court finds that a reasonable juror could come to either conclusion.

Perhaps this case will tee up the server test for review by the Second Circuit.

The court flags that the parties did not submit any new evidence on the issue of whether Instagram intended a license. I wonder whether McGucken tried to depose Instagram representatives and take third party discovery regarding Instagram’s internal deliberations regarding this issue.

A key question is what the revised terms mean for users of Instagram’s embed feature going forward. It’s noteworthy that Instagram didn’t make any statements to try to clarify the scope of the license. Its revised terms make clear that platform users are not granted an express license. I suppose this still leaves the possibility of an implied license but this case cautions reliance on this theory.