This is another case study of the overly litigious world of homeowners’ associations. For example, a few months ago, I blogged about another lawsuit involving a condo association, its no-pet policy, and a string of vitriolic blog posts over residents who had emotional support therapy dogs. 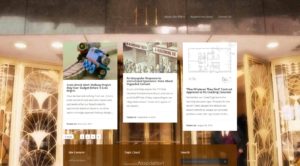 The latest lawsuit involves the homeowners’ association for 111 East Chestnut Street (Chicago), a high rise near Chicago’s Magnificent Mile. A few self-described “troublemaker” residents (as they proudly declare, “We’re the sand in the oyster”) run a blog monitoring the association, including breaking news coverage on issues like a cost overrun on hallway renovations and repairs made using “degraded cement.” After an election for association leadership, a losing candidate blogged that the winner, Milazzo, rigged the election; subsequent posts accused the winner of other malfeasances. One post linked to Milazzo’s business website for his dental practice. Due to the blogging, Milazzo claimed that “his dental practice experienced a decline in: (1) patient visits from 546 to 428; (2) new patients from 351 to 268; and (3) total days worked from 162 to 104 (annualized).”

The defamation claim fails. The vote rigging discussion expressly acknowledged it lacked supporting evidence. The discussion claiming Milazzo broke 3 laws didn’t specify which laws. The blog posts that “portray Milazzo as an unsavory, untrustworthy and crooked president incapable of effectively operating the condominium association” were all protected opinions and weren’t capable of verification. Regarding some blogged statements, the court says “an investigation of those claims would be fruitless given their overly vague, broad and conclusory nature lacking any basis in fact.” The court summarizes:

the statements consist of the author’s unsubstantiated rhetoric and opinionated editorial comments, often times resorting to hyperbole…a reasonable reader would not interpret the five blog posts as depicting verifiable facts, but, instead, would understand them as unsubstantiated opinions about Milazzo

[the blog post contained] a parenthetical with a hyperlink to Milazzo’s dental practice (Anthony G. Milazzo, D.D.S.), which provided direct access to the alleged defamatory statements to anyone who searched the internet for Milazzo….We have no doubt that defendants, in fact, intended to harm Milazzo’s dental practice, as there appears to be no other purpose for inclusion of the hyperlink. But while the hyperlink may be mean-spirited and ill-advised, the five identified defamatory posts do not attack Milazzo’s profession as a dentist

A footnote adds: “The name “Anthony G. Milazzo, DDS” was hyperlinked to Milazzo’s profile listed on his dental practice’s website. Anyone searching for Milazzo on the internet will be directed to Connolly’s blog.”

It seems like the opinion is conflating different issues. The hyperlink’s anchor text is indexable by the search engines, a point that I make to my Internet Law course every time we discuss the old Promatek v. Equitrac case. However, the anchor text would be indexed whether or not there is a link. The court seems to imply that the presence of the outlink leads to more inbound search engine traffic from people searching for Milazzo, which is just wrong. Fortunately, because the court gets to the right result anyway, let’s call this no-harm/no-foul.

Although defendants’ negative rants were certainly offensive, rude, annoying and, we assume, unwarranted, the nature of the criticisms against Milazzo was a far cry from being so unendurable to a reasonable person

If Illinois had a robust anti-SLAPP law (or better yet, if we had a federal anti-SLAPP law that applied here), the defendants probably would be getting their attorneys’ fees.