Calling Someone a “Terrorist” Online Is Non-Actionable Opinion–LeBlanc v. Skinner 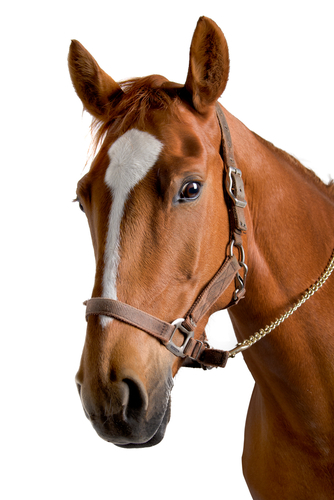 I’ve never heard of Wawayanda, New York before now, but I won’t quickly forget it. The court succinctly summarizes the underlying incident:

[Town Board member] Soro discovered a severed horse head in her swimming pool. It was never determined who was responsible for the incident.

Say what??? Talk about life imitating art. Who does something like this?

Believe it or not, this opinion is worth noting even if there wasn’t a decapitated equine. After this traumatic experience, community members started pointing fingers at each other over whodunit. The plaintiff accuses the defendants of posting the following statements at blogs and newspaper websites:

* “We all know who was behind the Horse Head . . . there is only one man around town dumb enough, violent enough and with a vendetta to do that . . . Dave LeBlanc . . . I hope all this negative publicity on him destroys his business.”

* “Dave LeBlanc is a terrorist”

There is even more intrigue as the co-defendants are pointing fingers at each other. Aunt and uncle accuse their nephew of making the posts; the nephew claims he was the aunt/uncle’s agent and they directed him to make the posts. This implicates some potentially interesting 47 USC 230 issues that aren’t explored (compare this 2008 case where a wife typed her husband’s comments).

The court says the “terrorist” epithet was “rhetorical hyperbole.” The court continues:

This conclusion is especially apt in the digital age, where it has been commented that readers give less credence to allegedly defamatory Internet communications than they would to statements made in other milieus.

Of course, in the modern post-9/11 era where we have sacrificed our liberty for the (usually false) perception of security, calling someone a “terrorist” is among the worst things you can do. Definitely don’t joke about it in airport security lines. Here, the court–without reservation–says the online reference doesn’t have the obvious serious implications that normally attach to being a “terrorist.” Why not, especially given that the horsehead-target was an elected government official? I wonder if ethnicity might have something to do with how we interpret the accusation?

Still, the news isn’t all good for the defendants. The court says it’s defamatory per se to assert that someone put a severed horse head in someone’s pool, so it reserves dismissal of that claim.