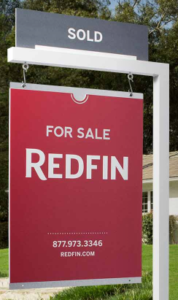 This is a copyright lawsuit over real estate photos. This genre of litigation has surprising vitality!

Stross is a photographer and broker who participates in multiple listing services (MLSs).He alleges that Redfin infringed because (1) it used “Stross’s photographs of sold listings for purposes other than ‘to support an estimate of value on a particular property to a particular client'” and (2) it recommercialized Stoss’s photographs by “encouraging” social sharing. The court in an earlier order says “there is a strong case for infringement, but factual issues remain regarding the alleged exceeding the scope of the ACTRIS license” and Redfin’s eligibility for DMCA safe harbor protection. The court now reverses course and grants summary judgment in favor of Redfin.

use, copy and creative derivative works of . . . . for any purpose consistent with the facilitation of the sale, lease and valuation of real property or such other uses.

The rules contained limitations and said that participants could

Another section of the ACTRIS rules prohibited participants from:

‘recommercializing’ MLS content, or deriving any economic benefit from the utilization, transmission, retransmission or repackaging of same.

Redfin is also party to these agreements with the MLS directly. Redfin asserted two defenses: (1) that it was authorized by the license agreement to exploit the photos in the manner it did and (2) the DMCA shielded it from liability.

The court says that Redfin had a valid license. The parties apparently agreed that Redfin was granted a “broad” license under the ACTRIS rules, and was also granted a “narrow” license under the PCAA. (The court uses the terms “broad” and “narrow” to describe these two licenses, but the PCAA license seems broader than the one granted by the ACTRIS rules). The PCAA also said the license granted in it was “subject to compliance” with ACTRIS policies and rules.

Stross contends Redfin exceeded the scope of its narrow license by violating the ACTRIS Rules, and in turn infringed his copyright. Stross’s argument proceeds in three steps. First, pursuant to Section 7.10 [of the ACTRIS rules], Stross licensed his photographs to ACTRIS to use “for any purpose consistent with the facilitation of the sale, lease and valuation of real property or such other uses.”. . . Second, under the RedfinPCAA, ACTRIS authorized Redfin to make limited use and display of the MLS Compilation—including Stross’s photographs—subject to the restrictions contained in the ACTRIS Rules. Id. Third, because ACTRIS granted Redfin a narrow license subject to Redfin’s compliance with the ACTRIS Rules, Stross may sue Redfin for Redfin’s alleged violations of the ACTRIS Rules.

The court disagrees, and says Stross is not a party to the Redfin PCAA, and cannot show he is a third party beneficiary. He thus lacks standing to sue on the basis of Redfin’s breach of the terms of the PCAA. The court says participants (such as Stross) can report violations of the ACTRIS rules to the relevant MLS, but they lack standing to sue in court.

“Given Stross’s pronounced opposition to viewing Redfin as a ‘licensee,’ the Court is not inclined to entertain this argument in Stross’s favor.”

In any event, the court says, there is no fact question as to whether Redfin exceeded the scope of the limitation in Rule 7.10. It did not.

Given the court’s conclusion on the license issue, it declines to reach Redfin’s entitlement to the DMCA safe harbor.

This is a case I regret blogging. The order, which sparked my curiosity due to its subject matter, made my head hurt. I spent an hour or so browsing the docket and the filings, and things did not become much clearer to me. After all of this, I still do not have a clear idea of how the ACTRIS rules and the PCAA agreement fit together.

The parties appeared to agree that the relevant in-bound license (from Stross to the MLS) was the ACTRIS rules themselves, which are linked here. Given this, there was at least an arguable basis for the scope of the license to be informed by the other provisions in the same document. The main part of the license in section 7.10 talks about use of the content submitted for purposes consistent with the “sale, lease and valuation of real property”. A separate section talks about limitations on the use of “sold” data. It’s unclear precisely what use Stross is accusing Redfin of making, but it would have been nice to get some explanation of why Redfin’s use did not violate the ACTRIS limitations anyway. Another question that came up is what “valuation” section 7.10 refers to. Valuation could either be the type of valuation an appraiser does (one on one) or it could be along the lines of what Zillow and other online companies do. Or it could be some type of “similar listings” functionality. In any event, the language in the rules are far from precise and left a bunch of unanswered questions.

I’m unclear on how the PCAA fits in. It looks like an outbound license agreement and the rights granted in there don’t mesh perfectly with those in the ACTRIS rules. The relevant question should be whether Redfin’s (or any third party’s) use was within the scope of the license granted by Stross, regardless of any provisions in the MLS’s standard outbound license agreement.

The lack of clarity between the PCAA and the ACTRIS rules extends to e-sign and incorporation issues. Did Stross actually sign the ACTRIS rules? Were they somehow incorporated into the terms of use he signed or agreed to? The court references the parties’ signatures on the PCAA, but never explains how they assented to the ACTRIS rules (beyond some sort of incorporation). The court also flags in a footnote that a bunch of the photographs at issue were uploaded by third party brokers. The court says that Stross licensed “at least impliedly” the brokers to upload the photos.

Redfin’s entitlement to DMCA immunity focuses on the question of whether the content in question was stored “at the direction of” the users. It’s unclear whether this extends to content supplied by licensors, or to a scenario where the party seeking intermediary status plays some active role in seeking out the content. A Tenth Circuit ruling (BWP Media USA, Inc. v. Clarity Digital Group) touched on this in the case of contractors and media aggregation website and resolved it in favor of the putative intermediary. The court there noted the absence of a definition for users and case law dealing with this issue. Making the case for DMCA safe harbor status would not necessarily have been smooth sailing for Redfin. And, interestingly, embracing this position could put it in a situation where it now has to respond to photographers’ DMCA notices by taking down the photos.

Anyway, in the spirit of continuing to blog real estate photo copyright cases (see many of the links below) I thought I would take a crack at this one. Perhaps it will be appealed, and the Fifth Circuit will explain how everything fits together.