[Eric’s introduction: today Venkat and I are “celebrating” (?) TOS Arbitration Day here at the Technology & Marketing Law Blog. Independently, we each drafted blog posts about arbitration clauses in terms of service–covering different cases! We could have combined the blog posts into a single mega deluxe blog post, but who doesn’t like getting two yummy treats instead of one? So this is part 1 of our posts in honor of TOS Arbitration Day. Also see Venkat’s part 2.]

Let’s review the state of play:

* courts say online contracts should be categorizable as “clickwraps” or “browsewraps”
* courts usually enforce clickwraps but not browsewraps
* despite the categories, courts don’t view clickwraps and browsewraps as abutting circles on a Venn diagram. Instead, the circles apparently are partially overlapping. This is resulting in analytical confusion
* because courts don’t understand the definitions of “clickwrap” or “browsewrap,” the courts are perceiving cases on their dockets as falling into the overlap zone
* because they think cases in the overlap zone must be novel, courts are proliferating variations of “-wrap” nomenclature
* the growing semantic ambiguity is compounding the analytical confusion 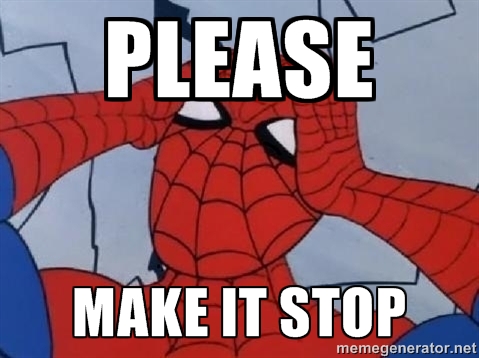 I’ve told you before that this situation is so much easier than the courts are treating it. Clickthrough agreements–which consist of visible notice to the user, an affirmative act by a user and a proper call-to-action saying that the affirmative act manifests assent–are enforceable. Let’s call everything else “not a contract” and never use the “-wrap” suffix again. Done.

Today’s case involves the shipment of an expensive item via UPS. The item allegedly arrived in poor condition. The sender says UPS mishandled it. UPS says the sender improperly packed it and denied compensation to the sender. The sender sued. UPS invoked an arbitration clause in its “UPS Tariff/Terms and Conditions of Service.”

The court recites the poorly drafted Ninth Circuit Nguyen v. Barnes & Noble case’s definitions of clickwrap and browsewrap. The court then concludes UPS had a “modified clickwrap…because the screens asked the user to confirm acceptance of the UPS Terms, though the terms were not identified on the same page.” The court explains:

Naturally, the court is describing a garden-variety clickthrough agreement, not a “modified clickwrap” (whatever that means).

In a footnote, the court adds that UPS probably formed a contract with this sender a second way:

Defendant presented evidence that Plaintiff also processed shipments through the website and received notice of the arbitration requirement by clicking through the “Service Terms and Conditions Update” screen when processing other shipments with UPS. Accordingly, Plaintiff received adequate notice of the UPS Terms through that system as well, and indicated consent by placing the orders

Notice the court could have conducted all of this analysis without ever using any -wrap nomenclature… So once again, the labels aren’t helping the analysis; instead, they are almost certainly hurting it. I’m voting in favor of WREXIT, i.e., exit the “wrap” terminology!

UPS’s terms were presented on a take-it-or-leave-it basis, and the sender didn’t read them. Still, there’s no surprise:

Plaintiff received notice of the UPS Terms—including the requirement for binding arbitration—through use of the WorldShip program and ups.com. Though Mr. Brown elected to “merely hit the prompts” rather than read the notifications, Plaintiff fails to show “surprise” because the terms were not hidden from view or drafted in “fine-print terms.”

However, the court deems two aspects of the terms substantively unconscionable:

* The provision: “UPS reserves the right to unilaterally modify or amend any portion of the Service Guide or the Terms at any time without prior notice.” Of course, we already knew those provisions are toxic (see, e.g., the uncited cases Blockbuster, Douglas, ETrade, Zappos, Safeway; but see, e.g., Instagram). Why does your user agreement still contain this clause?

* The confidentiality of the arbitration proceedings, which the court says is unnecessary and advantages UPS.

Per California Civil Code § 1670.5(a), rather than letting those two unconscionable aspects doom the contract entirely, the court severs those aspects and deems the remainder of the contract enforceable. Lucky for UPS; may you be so lucky if you’re ever in court.

In order to purchase Gogo’s product, plaintiffs were presented with a webpage that required them to click a button near the statement “By clicking this button, you agree to Gogo’s privacy & cookie policy and terms of use.” The “terms of use” were hyperlinked so that plaintiffs could review the terms before making their purchase. This constituted a clickwrap agreement. Then, each time plaintiffs signed-in to use Gogo’s product, they were again presented with a webpage that contained the terms of use hyperlink. This constituted a sign-in-wrap agreement.