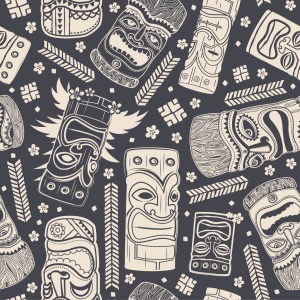 This is a case involving allegedly discriminatory and disparaging Facebook posts made by a Hertz employee. A customer (Maurice Howard) alleged that he was the subject of a Facbook posts and comments by Hertz employees. The initial post, by Shawn Akina:

[Maurice is] a broke ass faka who act like he get planny money . . .

[co-worker:] run that faka over!!! lol.
[Akina] i was tempted too, but nah, i had a white car, neva like u guys scrub da blood off.
[a co-worker comment:] What no BMW for h today?
[Akina] now he knows we got mercedes, he’s gunna drive those. It’s too bad his CC declines all the time.
[co-worker:] Hahahaha . . . he still renting huh LOL.
[another co-worker:] No more Troy his favorite boy though! Sorry Troy!

Another Hertz employee liked the post. A friend of Howard’s saw and forwarded him the thread. Howard came in to complain about the post, and the supervisor on hand reviewed the post and found it was offensive and inappropriate (and a violation of Hertz’s policy). Four Hertz employees resigned or were terminated.

Howard, understandably miffed, brought suit. He alleged that the posts caused him reputational harm and also PTSD(!). The court initially dismissed several of the claims, leaving the claim for negligent supervision, training, and hiring. (Previous blog post here: “Hertz Faces Negligence Suit For Employee’s Facebook Bashing of a Customer–Howard v. Hertz”.) The remaining question is whether the posts violated any common law duties Hertz may have had.

Does Hertz Owed a Duty to Supervise The Employee’s Social Media Posts?: The key question the court focused on was whether Hertz had a duty to supervise the employee in a way that prevented the employee from making harmful social media posts toward customers.

The court asks whether the employee’s posts were foreseeable. Howard presented evidence that the employee had made disparaging posts before. But the court dismisses one of the posts (directed to the supervisor) as innocuous. As to the other ones, the court says there was no reason why the supervisor would be aware of them because she was not Facebook friends with the employee.

Plaintiff also pointed to language from Hertz’s handbook that indicated that Hertz did not tolerate discrimination or posting customers’ financial information. But the court says that broad notions in the handbook are not sufficient to show the existence of a duty on the employer’s part. Again, the court says the key question is foreseeability. And to find that the employee’s previous post directed toward the supervisor translates into foreseeability and duty would be untenable:

Howard’s argument would require employers to monitor every statement by every employee, as discriminatory statements might be made in person, over the phone, over the internet, and in letters or other written materials. This is an impossible burden.

Did Hertz Have an Obligation to Train The Employee With Respect to Social Media Posts?: The court says that employers only have a duty to train their employees with respect to particular job tasks that pose a foreseeable risk of harm. And even in such event, employers don’t have a duty to supervise all aspects of the employee’s performance.

Howard also took the tack of arguing that as an invitee, Hertz had a duty to train employees to not harm “business visitors”. The court says that Hertz did not have a duty to protect against physical harm, and in any event, Howard has not alleged or shown physical harm.

Whether employers face significant risks from the online activities of their employees is a topic that has been swirling around. I asked a tangentially related question about whether employers tread on a minefield when terminating employees for gaffes on Facebook. While the data is still trickling in, I think the answer to both questions is “no”.

Companies may run into issues where their employees infringe on the privacy rights of clients, but it’s rare to see a case where a post that speaks ill of the client translates into liability for the employer. The same is true of claims asserted by co-workers based on employee posts. (See “Company Not Responsible for Harassive Comments by Coworker on Personal Facebook Page — Amira Jabbar v. Travel Services”.)

Eric has posted about the role of section 230 in these cases. (See Eric’s post on Miller v. FedEx that canvasses the cases, including Delfino E. Agilent and the perhaps aberrational Lansing v. Southwest Airlines.) Howard’s attempt to use negligent hiring and supervision claims to remedy his putative reputation harm and is not a novel approach. Plaintiffs often try this as a section 230 workaround. It turns out that section 230 didn’t become necessary as the underlying claims anyway. Perhaps it could have allowed the court to more easily eliminate these claims, but in the end the court reached the right result.