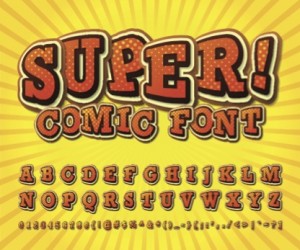 Media.net and Netseer both offer contextual advertising services. Their clients place ad units on their website and, when visitors click on ads, they are taken to a “search results” page. Media.net accused Netseer of copyright infringement and various state law claims. Media.net alleges that Netseer copied Media.net’s HTML that generates the search results pages. While the parties disputed what the material sought to be copyrighted consisted of, it appeared that the bulk of it was a Cascading Style Sheet (CSS) markup. HTML is what you see when you click on “view source” on a webpage and is the basic outline of what when viewed in a browser looks like a webpage. CSS is, in rough terms, a set of formatting rules for a web page or site. A website’s HTML code will often include CSS. (This is a really simplistic description at best.)

Apparently, the parties competed for the services of a big client (Microsoft), and Media.net alleges that Netseer’s unauthorized use of Media.net’s code helped it gain an unfair advantage in negotiations. The key question is whether the HTML code is copyrightable at all. What aspects of a website (other than the content) is copyrightable is always a tough question.

The Compendium’s Views on Whether Website Code is Copyrightable: The copyright office released the third compendium (incidentally, after the registrations in this case were issued and the complaint filed). The compendium says that content of a website is material that end users can perceive. This is copyrightable. Look and feel of a website is not protected by copyright and thus cannot be registered. Its treatment of HTML is slightly more nuanced. The compendium considers HTML as not copyrightable as a computer program because it is not a computer program, but merely formats content for display:

The Office will not register HTML code as a computer program, because HTML does not constitute source code. HTML code is a markup language that merely formats the text and files on a webpage in much the same way that the codes in a word processing program format the characters and spaces in a document.

However, the Compendium also says HTML may be registered as a literary work:

HTML code may be registered as a literary work if the code was created by a human being (rather than a website design program) and if it contains a sufficient amount of creative expression. The claim may include the HTML code underlying an entire website or it may be limited to specific webpages. In all cases, the HTML code must not contain any previously published or previously registered material, and the claimant must own all of the exclusive rights in the code.

Finally, as to Cascading Style Sheets, the Compendium says they are ordinarily not registrable:

Style sheet languages, such as Cascading Style Sheets, are merely methods of formatting and laying out the organization of documents written in a markup language, such as HTML. Because procedures, processes, and methods of operation are not copyrightable, the Office generally will refuse to register claims based solely on CSS.

What Material is at Issue Here: Both sides offered expert testimony on HTML and CSS, how they fit together, and what was alleged to have been copied here.

The court acknowledges that HTML, like CSS, also determines format and layout, but defers to the Copyright Office (while expressing some skepticism) on whether it is copyrightable. Specifically, the court focuses on the fact that look and feel of a website is not protectable, but HTML, which produces the look and feel, is. The court chalks it up to the fact that “there are multiple ways of writing the HTML code to produce the same ultimate appearance of the webpage.”

Having concluded that HTML is copyrightable because it may involve some creativity, the court moves on to the material at issue here and whether plaintiff’s code is copyrightable. The court finds sufficient creativity. Specifically, the court points to the naming of classes (e.g., “main heading”; “title”) as a place where a developer can express creativity. The comments in the code may also involve some creativity. To be sure, this creativity is minimal, but it satisfies the Feist test. The court also notes that CSS and HTML can’t necessarily be evaluated independently, as they are intertwined. And notwithstanding that CSS is viewed as not containing copyrightable subject matter, the class names found in the HTML are also found in CSS, so “the entirety” of the HTML code is copyrightable.

Is this Oracle v. Google revisited, albeit on a smaller scale?

I could see this case settling, just given the expense of litigation and how burdensome it is to smaller companies, but it seems like a case that could end up being important to those that build websites (and by extension users, such as ourselves). This isn’t directly relevant to the copyright analysis, at least at this stage, but my impression is that web developers do a fair amount of copying and borrowing (or at least checking out the work of other web developers). I wonder whether a clear win for plaintiff’s in this case will affect that.

The court acknowledges the limitations on protection of HTML code, and the parties all agree that look and feel of a website is not protectable under copyright. But the court ultimately finds that two aspects of the code may be protectable: the names given to classes and comments inserted by the developer. The class names may constitute “procedures, processes and methods of operation” that are not copyrightable, but that does not turn out to be the case here. You wonder how they would fare under the bar to copyrighting short phrases. The court did not provide an example of the type of comments that were at issue here, so it’s tough to evaluate its conclusion.

You wonder whether this will affect the scraping landscape. Copyright claims are always part of a scraping plaintiff’s arsenal, and this supports the view that copying a webpage to extract underlying information may be infringing (although a fair use defense could of course come into play). Cases are at best mixed on this question, see, e.g., Asessment Techs v. Wiredata; Ticketmaster v. RMG. But this is one additional aspect of a site that a scraping plaintiff will claim was wrongly copied, and defendants should be careful to not copy the comments and titles from another site’s CSS. It’s unclear how this ruling meshes (if at all it does) with database protection, another murky area of copyright law.

Other coverage: “Website HTML is Copyrightable, Even if Look and Feel is Not” (Jeff Neuburger)

When Will We Give Up the Charade That Numbers Are Copyrightable?–National Football Scouting v. Rang