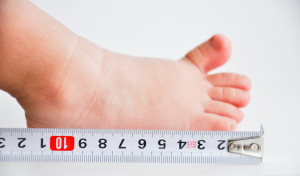 You may recall the lawsuit against Subway Restaurants for selling “12 inch” and “footlong” sandwiches that were allegedly less than 12 inches long. The case attracted lots of media attention and consumer sniggers because of Subway’s ubiquity (and the endless possibilities for double entendres). However, the lawsuit’s denouement turned out to be far less titillating. Subway agreed to settle the case for about a half-million dollars–almost all of which goes to the plaintiffs’ lawyers–plus some minor changes in Subway’s practices, such as additional disclosures to consumers. See the settlement website.

When the settlement was announced, some folks found it hard to believe that Subway could settle such a major case for so cheap. As the details have emerged, however, it looks like the plaintiffs were lucky to get anything. In the court’s final approval of the settlement, the judge explains why the case was “quite weak”:

1. “Doctor’s Associates’ own testing showed that the vast majority of bread sold in Subway restaurants was at least 12 inches long, and that most of the bread that happened to be shorter than 12 inches was less than 1/4-inch shorter.”
2. “all of the raw dough sticks used to bake Subway bread weigh exactly the same. The dough sticks arrive at the restaurants frozen, and are then thawed, stretched, allowed to rise, and baked. Due to natural variability in this process, the final loaves may have slightly different shapes. Some loaves will be slightly shorter and wider than others. But because all loaves are baked from the same quantity of dough, each loaf contains the same quantity of ingredients.”
3. “the amount of meat and cheese included with each sandwich is standardized. Thus, a sandwich that is slightly shorter than 12 inches contains the same amount of meat and cheese as it would have had it measured exactly 12 inches. It is theoretically possible that a sandwich made on a slightly shorter loaf would contain a slightly diminished quantity of toppings—a sandwich that was 1/4-inch shorter than advertised might be missing a few shreds of lettuce or a gram or two of mayonnaise. However, Subway sandwiches are made to order in front of the customer, and if the customer asks for more of any particular topping, the employee making the sandwich will add more of that topping to the sandwich.”

as a practical matter, the length of the bread does not affect the quantity of food the customer receives.

So what problem did the lawsuit attempt to solve? Most customers got what they bargained for, and those who got shorted still got all the same nutritional and caloric value as if they had gotten the full-length sandwich.

The court then explores the procedural problems with litigating this case on a class basis rather than through individual lawsuits:

a. “Because not every Subway sandwich sold during the class period was undersized, it is not the case that every person who purchased a Subway sandwich during the class period suffered an injury. Thus, individualized hearings would be needed to determine which potential class members purchased undersized sandwiches.”
b. “unless a customer happened to measure his or her sandwich before eating it (as the named plaintiffs did), the customer was unlikely to even realize that the sandwich was shorter than advertised.”
c. “Many consumers likely would not be so concerned about the exact dimensions of a fast-food sandwich that they would feel cheated upon learning that the sandwich they purchased was 1/4-inch shorter than advertised. This is especially true when the length of the sandwich does not affect the quantity of food received. Thus, individualized inquiries would be needed in order to identify those few consumers who both received undersized sandwiches and deemed the slight difference in length material to their purchasing decisions.” The court later adds: “no evidence suggests that consumers ascribe any value to the precise length of a fast-food sandwich….It is highly unlikely that [a quarter-inch shortfall] would be material to a consumer’s purchasing decision, as a difference that small is unlikely to affect the consumer’s enjoyment of the sandwich, satiety, or nutrition. Thus, there is no evidence to suggest that any consumer would have paid less for a sandwich had he or she known of the possibility of the bread’s being up to 1/4-inch shorter than the advertised length.”

Thus, it would be functionally impossible to find the few buyers who (a) cared about Subway’s alleged overclaim, (b) actually got a shorted sandwich, and (c) would have changed their behavior if they knew they were being shorted.

In the end, the court concludes that a $525,000 settlement amount was appropriate given the many holes in the plaintiffs’ case. The court also approves the distribution of that money to the named plaintiffs and the plaintiffs’ lawyers, rather than returning any of the money to other sandwich buyers, because the costs of administering the funds distribution wouldn’t be cost-effective.

So what lessons might we learn from this case? I’ll offer four:

* if you’re Subway, or any other advertiser, it’s great that this case was settled so cheaply. Still, advertisers need to be very careful with numerical promises to consumers about the product’s specifications.
* class action lawsuits have their role in policing marketplace overclaims, but they are an imperfect tool at best. In some cases, we have to question if they really benefit consumers.
* it catches our attention when we see false advertising lawsuits filed over ubiquitous consumer goods and services, but sometimes there’s no fire behind that smoke. As a result, I try to keep an open mind about a case’s merits until I hear the full story.
* if you eat at Subway and really care about the length of your Subway sandwich, bring your ruler to the sandwich shop.

If you want to learn more about fast-food marketing and the potential for “truthful” overclaims, watch this McDonald’s photo shoot.