It Takes a Default Judgment to Win a 17 USC 512(f) Case–Automattic v. Steiner 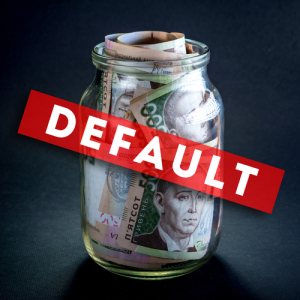 512(f) was a good idea, but it has failed terribly in the field. In the 2004 Rossi case, the Ninth Circuit gutted 512(f) by requiring 512(f) plaintiffs show that a takedown notice sender lacked subjective good faith. Absent a “smoking gun” email (which, almost certainly, will be found only in discovery and only if the 512(f) case survives a motion to dismiss), it’s virtually impossible for a plaintiff to prove the absence of subjective good faith. As a result, I believe only one 512(f) plaintiff has won money damages in court, the Online Policy Group v. Diebold case from 2004 (awarding $125k). Due to the Rossi’s lax legal standard and the inability of 512(f) plaintiffs to win in court, we’ve seen a growing glut of bogus takedown notices that are functionally immune from judicial scrutiny.

We now have what I believe is the second courtroom victory for 512(f) plaintiffs, but it comes perhaps only because the defendant defaulted. I’ll discuss the magistrate’s October 2014 report as approved by the court this month.

The case involves a British blogger/journalist, Hotham, and a British organization called Straight Pride UK (a/k/a the Straight Forward Project). According to the opinion, Hotham made a press inquiry to Straight Pride UK, and they supplied him with a press statement. Hotham then posted their statement to his WordPress blog (http://oliverhotham.wordpress.com), and the organization responded by sending a DMCA takedown notice, which WordPress honored. (Automattic is the company that owns WordPress). Hotham posted more content to his blog and the organization sent more takedown notices.

WordPress and Hotham sued the organization’s representative, Nick Steiner, in California federal court. The lead plaintiff counsel is Joe Gratz, who knows his way around 512. However, how can the plaintiffs reach a British defendant? The court concludes that the plaintiffs properly served Steiner following Hague Convention procedures. The court further concludes that jurisdiction is proper over Steiner because he accepted the WordPress user agreement, which has a venue selection clause designating San Francisco venue. We believe Steiner accepted the user agreement because he submitted some of the takedown notices while logged into WordPress.com. The court also says that personal jurisdiction is proper under the Effects test:

Defendant’s sending the takedown notice to Automattic with the knowledge and purpose that it would induce Automattic to remove content from WordPress “individually targeted” Automattic and thus constituted conduct “expressly aimed” at California.

The court also addresses the extraterritoriality of regulating Steiner’s decision to send takedown notices while in Britain. The court concludes that the harm occurred in California because 512(f) protects the takedown notice recipient–in this case, WordPress, located in San Francisco.

Despite the allegedly adequate service, Steiner no-showed in the lawsuit, so the court proceeds on a default basis. Thus, the discussion of the substantive 512(f) merits are fairly brief. The court says “Defendant knowingly misrepresented that Hotham violated his copyright because Defendant could not have reasonably believed that the Press Release he sent to Hotham was protected under copyright.” That’s apparently infelicitous phrasing; press releases, at least under US law, ordinarily qualify for copyright protection. I believe the court was trying to say that it’s disingenuous to deliver a press statement to a blogger/journalist who asked for a public statement and then turn around and claim that republishing the statement is infringing. There’s no mention of the Rossi case (remember, Steiner no-showed), but I think doing a 180 on a journalist regarding a press statement could be prima facie evidence of subjective bad faith. The court said the misrepresentation was material because WordPress acted on it.

Citing Lenz, the court says it “construes damages under § 512(f) broadly.” The court awards “damages for time and resources incurred in dealing with Defendant’s takedown notices.” This includes:

– $360 to Hotham for 16 hours researching the issues
– $600 to Hotham for lost wages due to time spent dealing with media inquiries and legal disputes instead of doing freelancer work
– $1,860 to Automattic for employee time responding to the takedown notices and dealing with media inquiries. The court rejects Automattic’s request for reimbursement of its outside PR firm’s retainer.

The court rejects Automattic’s damages request for “reputational harm” as too speculative, Hotham’s emotional distress damages as not compensable and Hotham’s damages for “chilled speech” because there was no government coercion.

Overall, it’s great to see another 512(f) win in court, but it’s hard to get too excited about the precedential value of a default judgment that is probably uncollectible. I stand by my prior assessment that “there are very few circumstances where it makes economic sense to bring a 512(f) lawsuit.” If we could have meaningful copyright reforms designed to improve society (and not just rent seeking), I’d put 512(f) in the upper 10% of copyright law provisions that would benefit from reform. Since we can’t/won’t have that, we’ll just have to accept 512(f)’s continued irrelevance.

For more on the ruling, see the Guardian’s coverage.