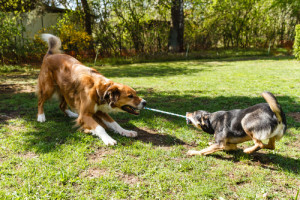 When is it appropriate to send copyright takedown notices in the midst of an underlying battle over who owns the copyright? This issue is coming up with increasing frequency, as takedown notices can create more battlefronts for the parties to try to gain leverage each other. So long as the Rossi case is good law, it seems like each party can legitimately send takedown notices on the other’s publication efforts without running afoul of 512(f). The first case below disposes of the matter easily on that basis. The second case doesn’t discuss the sender’s good faith beliefs at all, even though that aspect is probably dispositive, and instead invests most of its energy into a tangential issue regarding 512(c).

This case involving a bank executive’s “share my wisdom” book. He worked with a ghost writer at his former bank but the manuscript remained unpublished. He left and then completed and published the book with a new co-author (“Fans! Not Customers: How to Create Growth Companies in a No Growth World”–Amazon affiliate link, but why in the world would you want to get it?). The executive and the bank battled over ownership of the unpublished version of the manuscript and whether the published manuscript infringes the unpublished version. The Law.com writeup of the employer’s win on that point.

The bank sent takedown notices to retailers of the book. The executive argued that those takedown notices violated 512(f). Under Rossi, this is an easy case. So long as the bank had a subjective good faith belief that it had copyright interests in the published manuscript, there was no 512(f) violation. In support of the bank’s subjective beliefs, the court notes that this is quite different from the robonotice situation: “It is undisputed that TD Bank consulted its copyright counsel, who reviewed the two works, before filing the notices.”

Indeed, in a footnote, the court implies that because the bank won the substantive copyright claim, by inference they also had an objectively correct basis for sending takedown notices.

This case involves a dispute over the ownership of sound recordings that were distributed via iTunes. The court’s two main conclusions:

(2) “a plaintiff may not state a claim under subsection 512(f) if the notice containing the alleged misrepresentation is not directed at ‘storage at the direction of a user.'”

The court then focuses on whether iTunes can qualify for 512(c)–an awkward question given that Apple isn’t around to defend its interests. This isn’t the first time a court has grazed the iTunes/512(c) issue without Apple’s involvement (see the Rock River case), and it would be less than ideal for Apple if courts keep concluding that iTunes doesn’t qualify for 512(c) before Apple has a chance to make its own case.

The court looks at Apple’s control over sound recordings as expressed in the iTunes contract. The court says: “Although the contract required plaintiffs to deliver to Apple every song that plaintiffs had the rights to deliver, the contract also assigned plaintiffs the duty to determine whether they possessed the appropriate distribution rights. This suggests that, to the extent that any selection occurred, it was plaintiffs who selected songs for sale on the basis of their own distribution rights.”

The court then talks a lot about Apple’s rights to promote the recordings on iTunes. Citing the broad language in YouTube’s contract, the court says “it may be the case that a service stores material ‘at the direction of a user’ even when the service provider reserves broad legal rights to control how that material is presented and whether that material appears at all.” However, the court also says…

The proper question is not whether Apple has the legal right to control how music appears on iTunes (as it surely does), but rather the degree to which, as a practical matter, Apple actually exercises its rights by organizing plaintiffs’ music on iTunes manually or deciding how to promote plaintiffs’ music. The presence of some automated processing in between when plaintiffs upload music and when the music appears on iTunes for sale is not enough to take iTunes outside the scope of subsection 512(c) [cite to Io v. Veoh and Viacom v. YouTube].

The court then summarizes the open questions:

On the one hand, it is possible that, despite having a legal right to control iTunes, Apple typically allows music distributors (including plaintiffs) to post music to iTunes without any intervention by Apple, except perhaps a fully or mostly automated process to format, encrypt, and catalog files for sale.

However, it is also possible that Apple routinely takes some initiative in deciding which songs appear on iTunes and how those songs appear. Apple advertises some songs prominently, offers customers free samples whose lengths differ for different songs, prices different songs in different ways, and prevents customers from buying some songs [à la carte]. Even these functions would not negate the “storage at the direct of users” element if Apple performs these functions in a systematic, automated way for the purpose of “help[ing] customers locate and gain access to material stored at the direction of other users.” Viacom, 676 F.3d at 40. But if Apple routinely performs material, discretionary, manual functions on incoming songs, then iTunes may well fall outside the ambit of subsection 512(c).

I don’t know why the court repeatedly conflates a site’s promotion of UGC with whether the content was “stored at the direction of a user.” To me, the “stored at a direction of a user” language focuses on who makes the editorial decision to publish content, not the steps taken post-publication to increase awareness of that content. Perhaps Apple will intervene to help educate the judge about its practices and the appropriate implications.