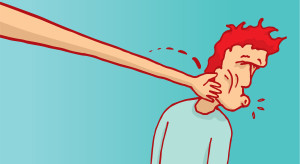 The Washington State Supreme Court struck down the state’s anti-SLAPP statute on the basis that it violates a plaintiff’s right to a jury trial. This ruling comes on the heels of the District of Columbia Circuit’s holding that state anti-SLAPP laws can’t be invoked in federal court. The Washington State Supreme Court has a few other anti-SLAPP cases pending, but they seem likely moot in light of this ruling. (See my prior blog post on this, and on a recent court of appeals case that grappled with the definition of “public interest”.)

The Washington case involved an Olympia Co-op’s boycott of Israeli goods. Members of the co-op challenged the decision and sued members of the board. Defendants brought an anti-SLAPP motion to strike and prevailed in the trial court. The court of appeals affirmed, but the supreme court reverses.

A key statutory construction question was whether the statute tracked the summary judgment standard or required the plaintiff to prove something more. The statute requires the party whose claim is challenged to show “by clear and convincing evidence a probability of prevailing on the claim.” The court said this was “something more,” and was not consistent with the summary judgment standard:

the anti-SLAPP statute provides a burden of proof concerning whether the evidence crosses a certain threshold of proving a likelihood of prevailing on the claim. But summary judgment does not concern degrees of likelihood or probability.

Looking to the text, the overall structure of the statute, and differences between the statute and its California counterpart (which only requires a party to show with evidence that it has a probability of prevailing on its claim), the court says that the statute clearly requires the court to weigh evidence and make factual determinations. Defendants argued that the even if the text of the statute was not precise, it should be read in a way to avoid constitutional issues, but the court declines.

[the anti-SLAPP statute] creates a truncated adjudication of the merits of a plaintiff’s claim, involving nonfrivolous factual issues, without a trial. Such a procedure invades the jury’s essential role of deciding debatable questions of fact. In this way, [the statute] violates the right of trial by jury under article 1, section 21 of the Washington constitution.

The court also says that it can’t sever the offensive portion of the statute from the remaining provisions.

This is a surprising–almost shocking–ruling. To my knowledge, it’s the first time a court has invalidated an anti-SLAPP statute. (The opinion points to a Minnesota case, but it did not reach the constitutional issue and only construed the statute to ascertain the burden it prescribed.) The anti-SLAPP statute has been effectively utilized by defendants in a variety of settings, including in the context of online reviews and statements, and a variety of other media, such as documentaries, publications, etc. If you deal with cases in Washington, you can’t but acknowledge how the statute has helped create “breathing space” for speech (as against defamation and other state law tort claims).

As for fixes, the ruling (along with the D.C. Circuit’s ruling) highlights the importance of a federal statute that would apply in federal cases. Eric has blogged a few times about such a proposed statute. The Washington legislature could fix the Washington statute by imposing heightened pleading standards, as Eric suggests below, or by conforming it to the summary judgment standard. If they did, what would the statute then achieve that a defendant couldn’t already achieve under the existing rules? Perhaps a speedy, and more efficient determination? Often, a plaintiff is likely to be able to argue, as did the plaintiffs here, that discovery is necessary for the plaintiff to assemble even minimal evidence in support of its case. And it’s unclear whether the court’s ruling leaves room for a statute that effectively addresses this issue from a SLAPP defendant’s standpoint.

Either way, a big ruling.

[On a personal note, as a blogger in the State of Washington (who has received a few legal threats based on content I’ve posted), this is a bummer, so if you are involved in lobbying for a legislative fix, let me know, I’m happy to write a letter.]

I’m also curious about alternative ways that legislatures could provide similar pro-speech protections for defendants. For example, could a legislature raise the pleading bar on defamation plaintiffs? We’ve seen just how much Twombly and Iqbal have helped defendants by tightening up pleading standards. As another example, I imagine that a legislature could re-institute the anti-SLAPP fee shift and penalty award for defendants’ successful summary judgment motions against SLAPPs. Until we get a federal anti-SLAPP law passed, maybe you have some other creative ideas that could help out Washington defendants whose speech is being challenged by abusive lawsuits.

Lawsplainer: The Proposed Federal Anti-SLAPP Act: What It Would Do, Why It’s Important (Popehat)

Why I Support HR 4364, the Proposed Federal Anti-SLAPP Bill

Stress-Relieving Company Gets Anti-SLAPPed Per 230

Another Failed Doctor Lawsuit Against a Patient For Online Reviews–Brandner v. Molonguet