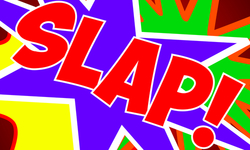 The plaintiff, who is also a lawyer (and surely you recall how I feel about lawyer-plaintiffs), has repeatedly written about this case online focusing on different facts, but I’m only going to address what the court says. The court says Bernath sued Yelp for a review written by a user, Tabitha J. In a very brief opinion, the court says Yelp is protected by Oregon’s anti-SLAPP law because (1) the review concerns a matter of public interest, and (2) Bernath can’t win against Yelp due to 47 USC 230. This should mean that Bernath will have to write a check to Yelp for its legal defense.

Yelp has won anti-SLAPP rulings before (see, e.g., Demetriades v. Yelp), so this case doesn’t really break any new ground. Still, the case offers another data point of how 47 USC 230 and anti-SLAPP laws mutually reinforce each other in the efforts to curb unmeritorious lawsuits over third party content.

* Stress-Relieving Company Gets Anti-SLAPPed Per 230