Miller is a psychologist who undertakes efforts to keep his phone number unlisted. As part of his work, he evaluated the mental health of criminal defendants. (For various reasons, his family wished to keep the number unlisted as well). 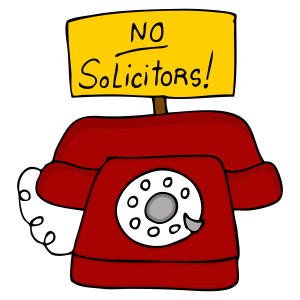 an image of a telephone with a no solicitors sign

He switched from TDS Metrocom to Vonage and researched whether Vonage would list his phone number and address. He determined that Vonage would not list his information. Nevertheless, his number was published after he ported the number to Vonage, so he started getting business-related calls at home, which bothered him and his family. He sued Vonage under various theories, but the court dismisses his case. (It dismissed the claims previously, and dismisses the as-amended claims with prejudice.)

Vonage does not publish or submit entries to phone books or directory assistance (411) listings. However, there are internet resources you can use to add, edit or remove your own listings.

If you are transferring your phone number to Vonage and your phone number was previously listed, specify Yes on the Number Transfer Authorization form when asked if you want to maintain your current directory listing with your incumbent carrier. Otherwise, if you select No, your listing is removed.

He also alleged that he was given various choices of boxes to check when he signed up on the Vonage website, and he requested that his number be unpublished. He also alleged that after signing up, he received an email confirmation to the effect that Vonage is “committed to safeguarding your personal account information and protecting your privacy.”

His relationship with Vonage was also governed by Vonage’s terms of service, which explained that numbers that are ported (transferred) “may be or remain listed,” as opposed to numbers that were originally provided from Vonage, which could be suppressed upon request. The TOS also contain an integration clause saying that it supersedes prior or separate statements.

The court rejects the misrepresentation claim. Miller’s claim sounds more a failure to perform (which may be actionable in contract) rather than a statement that Vonage had no intention of completing. The facts also showed that a subcontractor errantly published the listing information, and the publication was a result of a mistake rather than misrepresentation. Finally, the integration clause neutralizes all of the extraneous statements that Miller tried to rely on for a promise.

Deceptive trade practice: The court took a similar view of the deceptive trade practices claim. Miller tried to argue that Vonage’s interpretation of the terms (that informed subscribers that previously published phone numbers may remain listed) rendered the website statements—that “Vonage does not publish or submit entries to phone books or directory assistance (411) listings”—misleading. These claims also fail. The court says the website statements are merely a description of the services that Vonage offers, and there’s no allegation that these statements were untrue or misleading when made.

Negligence: Miller’s negligence claim also fails. Since there’s an operative contract, Miller has to identify an independent duty that Vonage failed to fulfill. Miller is unable to do this. There’s no general duty to refrain from publishing someone’s phone number and contact information, and Miller can’t construct a negligence claim merely by arguing that Vonage failed to adequately perform the acts requested by Miller.

This is a pretty interesting case factually and legally, and is vaguely reminiscent of Nasser v. Whitepages. One key difference is that unlike the Whitepages case, this one involved claims against a provider directly, rather than against a directory service.

Miller’s conclusion after his inquiry that his number would be kept private did not seem totally off the mark. As described in the complaint, the explanation on Vonage’s website and the options given to onboarding customers left a customer’s understanding regarding non-publication far from clear. But Vonage’s integration clause in the terms effectively neutralizes any website representations. The previous iteration of the complaint also alleged dealings Miller had with Vonage’s customer service representatives, but luckily for Vonage, the court says that these discussions do not inform the issue of whether Vonage breached the operative contractual provision. For what it’s worth, even the contract language seemed unclear. However you come out on this dispute, Vonage’s explanation for when a number would remain unlisted was lackluster at best.

The court’s previous order tackled the question of whether mere disclosure of someone’s telephone number and address could be a privacy violation, and the court emphatically says no:

A reasonable person, even one who wanted his or her address and phone number to be unlisted, would not find their disclosure in a phone book or other directory to be highly offensive.

This is probably driving the result here.

[Eric’s comment: that last point is interesting. I wonder how the judge would feel if his home phone number was published? After all, judges are routinely issuing life-altering jail sentences and have good reasons to keep their home contact information out of the public eye. Given Miller’s profession, he’s apparently interested in privacy for the same reasons. That doesn’t mean Vonage should be legally on the hook, but dismissing his privacy interests seems a little unfair.]