Internet Brands runs a UGC website for boating enthusiasts. It gives some super-users the power to delete promotional posts, but “Spam deleters are not authorized to ban users, remove posts or delete discussion threads,” and they don’t get paid. Although super-users aren’t called moderators or administrators, Internet Brands’ system doesn’t let other users mute the super-users’ posts because they are classed equivalently to administrator/moderators in the system. 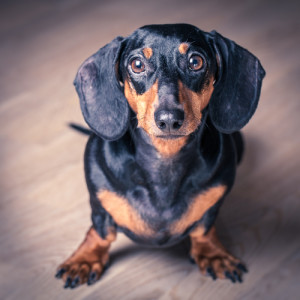 A different kind of “dox,” and a lot cuter. Photo credit: Stylized portrait of Dachshund on wooden background // ShutterStock

Alderson was a super-user/spam deleter. Jape was a regular user and posted some comments on the website under his username. For reasons that aren’t fully explained, Alderson decided to investigate Jape. Alderson then responded to Jape’s post by doxxing him–outing Jape’s real name and posting links to documents suggesting that Jape’s prior post may not have been fully forthcoming. Jape sued Alderson and Internet Brands for defamation.

The protection of Alderson’s posts that was granted based on his role as a spam deleter supports an argument that [Internet Brands] endorsed his posts’ content in some capacity. The existence of any endorsement is a matter for the factfinder to determine.

But the test is not whether the objectionable content was “endorsed,” but instead whether the content was “independently created or developed by third-party users.” And the parties do not dispute that the objectionable content was created by Alderson. Internet Brands would be immune from suit had it removed some content while publishing other content, or changed the order of appearance of content. It would also be immune from liability for allowing Alderson’s posts while rejecting any information Jape attempted to post. Under this reasoning, we conclude that allowing Alderson to post content while rejecting Jape’s attempt to block those posts from his view does not convert Alderson’s posts into ones created or developed by Internet Brands.

This case reminds us how dangerous the Jones v. thedirty case was. First, the “endorsement” standard fundamentally undermines Section 230. UGC websites are designed to elicit and showcase UGC. That’s what they do. So the basic functions of UGC sites look a lot like they “endorse” third party content. Second, the trial court denied summary judgment, sending the case to trial. Section 230 works in large part because it ends cases early, without a trial. An endorsement standard necessarily sets up the potential for triable factual disputes that would have delayed case resolutions, negating a substantial chunk of Section 230’s value. Third, it’s dangerous to put Section 230 immunized cases before a jury that may not fully understand or appreciate why we have Section 230 or how to properly apply it. (The Jones jury wasn’t asked to consider Section 230, but their ruling suggests the dangers when Section 230 isn’t available). So resolving Section 230 cases without a jury involved increases the likelihood that Section 230 defenses will fail.

This case sidesteps one of the key open questions about Section 230: can Internet Brands claim Section 230 if Alderson had been an “administrator” or a “moderator.” The court’s ruling makes it clear that giving Alderson powers over other users’ content doesn’t interfere with Section 230’s immunity. However, the court ducks the question of whether Jape could have successfully argued that Alderson was an agent if he had held that title. In a footnote, the court says:

I expect we’ll continue to see plaintiffs trying to get around Section 230 by highlighting the actions of moderators and claiming they are agents. While websites should be careful about how they characterize their super-users’ relationships, I don’t see any reason to curtail giving editorial powers to users.