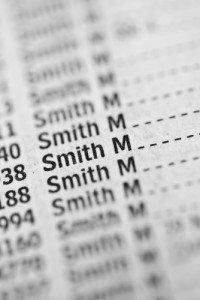 WhitePages.com publishes white pages information (get it?). It obtained and published information from third parties that incorrectly listed Nasser’s phone number as a Comcast phone number. As a result, Nasser got a voluminous number of angry phone calls intended for Comcast.

Because the erroneous information came from third parties, WhitePages isn’t liable for it per 47 USC 230. The magistrate judge recognized this and recommended dismissal. In a surprise twist, the judge didn’t agree, saying that it would decide the Section 230 question only after closer factual review. Six months later, the judge came back to the magistrate’s result from almost a year ago: case dismissed per Section 230.

To be sure, it is unfortunate that Michael Nasser’s home telephone number was erroneously linked to the Comcast number and that he and his wife were subjected to incessant phone calls from cable telephone customers. It is likewise a shame that it took Verizon and WhitePages so long to recognize and correct the error. It is no wonder that Nasser experienced exasperation and frustration. Regardless of the magnitude of his irritation and his attendant alleged health concerns, however, the law does not afford Nasser a remedy against WhitePages.

[Note: Venkat is representing WhitePages, but he played no role in preparing this blog post.]