[Eric’s note: I hoped to blog this at Forbes last year and just ran out of time. The case addresses such a classic Internet trademark law question that it’s worth sharing even at this late date.] 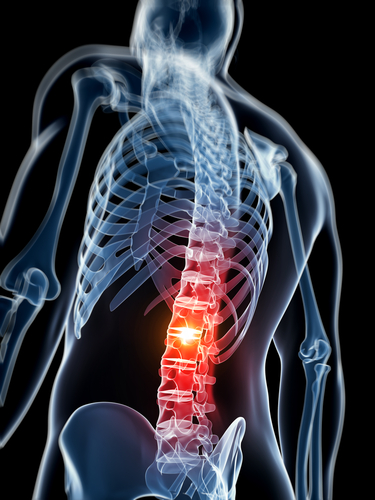 What happens when there’s a small, regional trademark and a national player wants to adopt the same trademark on the Internet?

Upon beginning his practice, plaintiff Dudley obtained a d/b/a certificate for “HealthSource Chiropractic” from the Monroe County Clerk’s office on December 8, 2003. Since then, Dudley has taken measures to advertise his practice via classified ads, print magazines, radio spots, and partnerships with local sports teams.

As part of his advertising, Dudley also registered the domain name healthsourcechiropractic.com and created a web site.

Defendant “HealthSource Inc.” was founded by Chris Tomshack in 2005 with intentions of starting a national franchise. Tomshack had actually been operating chiropractic offices since 2001 under the name “HealthQuest,” but he says he switched to HealthSource because HealthQuest was already being used by others. In 2005, Tomshack’s legal counsel conducted a trademark search with the USPTO, the Ohio Secretary of State, and on the Internet. Tomshack claims he never saw Dudley’s website because it was either unavailable or down. Subsequently, he registered the domain healthsourcechiro.com and began the registration process with the PTO.

After incorporating in Ohio and filing allegations of use, Tomshack eventually obtained registrations for HS Healthsource and HealthSource Chiropractic from the PTO in 2008. HealthSource currently has 325 franchisees nationwide, including Dr. Divito, who opened a franchise in Rochester near Dudley in 2007. Divito realized that Dudley had already been using the name “HealthSource” for chiropractic services and later agreed with Tomshack that it was best to use “HealthQuest” for that franchise location instead (Note: the court runs a likelihood of confusion analysis between those marks and ultimately decides that no such likelihood exists).

Dudley’s Mark is Legally Protectable, and He Was the Senior User

The court held that Dudley’s mark was suggestive rather than merely descriptive, reasoning that (1) customers would have to use imagination to make the connection with chiropractic services, (2) Defendants used HealthSource as a trademark, and (3) use of the term would not deprive competitors of a way to describe their services. As a result, Dudley’s HealthSource mark was considered inherently distinctive and he did not have to provide evidence of secondary meaning.

There was little dispute as to who had priority. According to the court, Dudley had provided uncontroverted evidence that he had been using the mark prior to Tomshack’s constructive use date of July 10, 2007 (i.e. the d/b/a certificate and the domain registration).

As a senior user of the common law HealthSource trademark, Dudley’s territorial rights are limited to the geographic area in which he established those rights prior to Tomshack’s constructive use date of July 10, 2007. Dudley claims that the boundaries of this zone includes Monroe County and its five contiguous counties, but this is still in dispute.

Even as Senior User, Dudley May Not Claim Exclusive Use of the Mark on the Internet

Dudley argued that since he had priority on the Internet, Tomshack’s use of the HealthSource mark online also infringed upon his rights by extension in the greater Rochester area. In response, Tomshack made a policy argument that Internet exclusivity for senior common law users would undermine the purpose of federal registration in the first place.

More sympathetic to Tomshack’s argument, the court concluded that neither party could claim exclusivity on the Internet:

Even though the court blesses some extent of concurrent use on the Internet, it warns that competitors should not make use of their marks in a way “manipulated to intrude on another’s territory in bad faith.” For example, the court mentions that it would be improper for a user “to target Internet advertisements to consumers within another user’s exclusive territory or to advertise on locally focused web sites that target that market.”

In this case, however, the court reasoned that Tomshack had taken reasonable measures to make sure that they are not using the Internet to intrude on Dudley’s territory:

The Defendants have removed Dr. Divito’s practice completely from HealthSource Inc.’s web site. Dr. Divito maintains his own web site, rochesterspinalcare.com, for his Rochester practice and only uses the HealthQuest mark on his web site. The Plaintiff has presented no evidence that indicates the Defendants have used the HealthSource mark on the internet to specifically target the Rochester market.

Dudley also argued that the confusion between his practice and Tomshack’s franchisees was so great that he would be forced to re-brand. As evidence, he cited bits of actual confusion like Google searches that led to competitors and mistaken links by third parties. Citing Lang v. Retirement Living Pub. Co., Inc., the court countered that this was more general confusion, which is not the type of confusion that the trademark laws are designed to prevent (i.e. mistaken purchasing decisions). Dudley had no proof that customers had been deceived into purchasing Tomshack’s chiropractic services instead. Thus, the court dismissed Dudley’s infringement claims based on Tomshack’s Internet use.

The court also dismissed Dudley’s cybersquatting claims because he could not claim that Tomshack used the mark “in bad faith.”

This case is interesting because it pits legitimate concerns against compelling policy arguments. First of all, I can understand why Dudley would be upset–it seems that he has accumulated a considerable evidence of actual confusion. Regardless, I agree with the court and Tomshack that to give Internet exclusivity to a senior common law mark user would be a much worse outcome.

As the court implies, it is not reasonable to give one concurrent user Internet exclusivity simply because the nature of the Internet makes it hard to stake clear zones of territorial rights:

The internet is not, however, a geographic territory to be subdivided; instead, it is a global communication medium that is accessible from anywhere on the planet. The internet has become vital for local, regional, national, and international communication.

Instead, the court ends with a nice quote on how trademark owners must adapt to lawful concurrent use on the Internet:

A trademark owner cannot reasonably expect to have exclusive use of a term on the internet . . . Users of a mark must develop ways to distinguish themselves on the internet beyond resorting to the trademark laws.

[Eric’s note: this case was filed in 2007 and still isn’t resolved. According to the PACER docket, it appears this case has been in mediation throughout 2013.]