Three recent cases all raise the same issue: does an undisclosed Facebook relationship between a juror and someone involved in the case warrant a new trial. In several recent cases, the answer was: no.

This is an attempt to upset a jury verdict based on a Facebook relationship. The facts bring to mind Hatfield / McCoy level feuding:

Appellant and the victim, Mike Cowan, were neighbors in a rural part of Adair County. The evidence presented at trial . . . indicated that the relationship between Appellant and Cowan was marred by a series of disputes. The most recent difficulty was over a light on Appellant’s storage building that shone onto Cowan’s property and annoyed him. Cowan retaliated by shining spotlights at Appellant’s residence. On the evening before the fatal incident, Appellant complained to the police about the spotlights. When police officers arrived at the scene in response to that complaint, Cowan and his wife became belligerent. They were arrested and taken to jail.

The following afternoon, after his release from jail, Cowan visited a neighbor’s residence on his ATV. As Cowan returned home, Appellant, driving in his car, saw him and steered directly into his ATV without braking. The impact knocked Cowan off the ATV. As a result of the blow from Appellant’s vehicle, Cowan suffered severe blunt force trauma which alone would have been fatal. After the collision, however, while Cowan was lying on the ground, Appellant approached him and delivered a second fatal injury by shooting him in the head with a shotgun.

Appellant argued that a juror’s failure to disclose a Facebook friendship with the victim’s wife was improper. 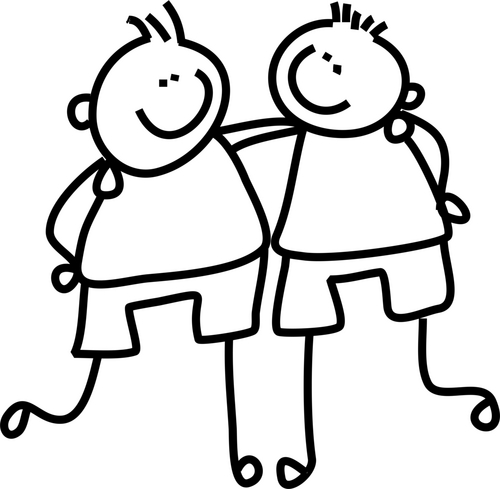 All prospective jurors were asked if they knew anyone involved in the case. The juror in question said that she knew the victim’s family (“not close, but I do know them”). She described their relationship as “casual”. No one asked the juror about social media relationships in particular.

It is now common knowledge that merely being friends on Facebook does not, per se, establish a close relationship from which bias or partiality on the part of a juror may reasonably be presumed. . . . ‘Friendships’ on Facebook and other similar social networking websites do not necessarily carry the same weight as true friendships or relationships in the community, which are generally the concern during voir dire. [emphasis added]

Indeed, the court notes that at the time of trial the juror in question had 629 “friends” on Facebook: “She could not possibly have had a disqualifying relationship with each one of them.”

The defendant was charged was committing sex offenses arising out of sexual contact with his step-daughter. During voir dire, one of the prospective jurors responded that she knew the victim’s mother casually, and recently ran into her at a bar. That particular juror ended up being the foreperson.

Hill brought a post-trial motion alleging that the juror’s failure to disclose her Facebook friendship with the mother was improper. The court held a hearing, and the juror testified that although the juror and victim’s mother went to school together, they did not associate regularly. The juror didn’t use Facebook much, and had limited interactions with the mother:

(1) an initial message, consisting of “hey, what’s up?”, when they first became Facebook friends; and (2) a post-trial message written by [the juror] to congratulate Mother on the trial.

The court says as an initial matter that there was no nondisclosure by the juror in question. The juror was asked whether he socialized with the mother and he indicated truthfully that he did (and that his interaction was limited to: “Hi, how you doing, that’s about it”). The court says this level of interaction was consistent with a “Facebook relationship”. Since the voir dire question did not expressly request information regarding any particular mode of communication, the juror had no duty to delve into the Facebook friendship. The court says that defendant is not entitled to a new trial.

(In a footnote, the court mentions a Facebook posting by the juror that involved answering a question about the mother. This wasn’t a substantive question, but was one of those games that allows people to answer questions about their Facebook friends. The juror indicated that he did not actually answer any question about the mother because “he never earned enough points to play the game”.)

Defendant was convicted of murdering his then-girlfriend’s son. On appeal, he raised the issue of juror impartiality and the trial court’s failure to adequately look into his allegation.

During trial, one of the jurors sent a note raising an issue that “several members of the audience were standing up looking in [the juror’s] direction.” The juror also received a call from her daughter’s father “saying your child’s mother is on the jury in this case.” The juror said that she did not know the defendant or any of the witnesses. The juror indicated that she felt intimidated (she thought this was a security issue), and the court in response reiterated the security procedures for jury members.

Following trial, defendant alleged that the same juror (who raised the security issue) was a Facebook friend of the victim’s mother’s sister. The particular juror was also friends with the victim’s mother’s first cousin. Apparently, the juror failed to disclose either of these relationships in voir dire. Citing to this, and to the juror’s failure to respond to contacts by a defense investigators (and coupled with the juror’s attestation to an affidavit prepared by the state), defendant claimed the juror was biased.

The court says that there’s no specific evidence of the juror’s partiality. The trial court did not find a failure to disclose on the part of the juror. The affidavits demonstrated that the relationships in question were casual at best:

The uncontradicted affidavits establish Robbins did not communicate with or know Ebony personally. Latasha and Robbins did not communicate since elementary school, other than being Facebook friends. Defense counsel in argument admitted he was not alleging Robbins did anything improper. He asserted a voir dire issue existed, and he would have sought a peremptory challenge had he known this information. Defendant recognizes Robbins would not have been excused for cause. This supports the conclusion defendant has no specific and detailed evidence to prove Robbins’s alleged partiality.

The cases all raise the somewhat interesting question of what legal significance to attribute to a Facebook friendship between participants in the judicial process. We’ve seen cases before that raised the question of Facebook friendships between judges and lawyers. For the most part, courts have treated such relationships as not particularly improper—nothing more than the same type of socializing judges and lawyers often engage in off-line. These types of relationships have been accorded little (if any) legal significance. Indeed, one of the early cases to pass on the legal significance of a Facebook friendship noted that “the average user has 120 ‘friends’ on the site. . . . ‘friendships’ on Facebook may be as fleeting as the flick of a delete button.” (Quigley Corp. v. Karkus, No. 09-1725, 2009 U.S. Dist. LEXIS 41296, at *16, n.3 (E.D. Pa. May 19, 2009) (mentioned here and here).)

The argument that the defendant would have exercised a peremptory challenge had they known of the relationship is not one that courts are likely to buy either. To the extent a defendant wants to get rid of jurors who may have social media relationships with people involved in the case, the best approach is to ask pointed questions in order to exercise peremptory challenges.