Let me start with a baseline proposition: we in California have it so much better than the rest of the country because employer-employee non-compete clauses are void in California. With this bright-line rule, we avoid a lot of the nonsense wrangling over non-compete clauses that’s so common elsewhere. No dickering about what constitutes a competitive business. No artificial line-drawing about geography or time (is a non-compete radius of 2 miles OK? 3 miles? 4?). No overreaching efforts by employers to squelch employees’ efforts to find a new job that will pay their mortgage or student loans. 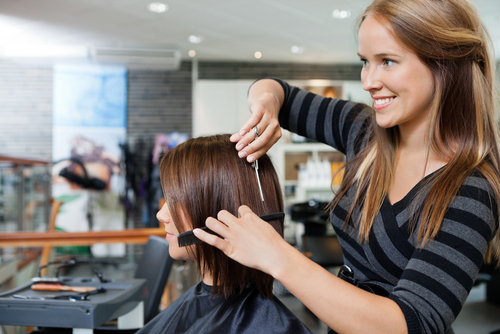 This case involves an employer’s attempt to enforce a non-compete and a non-solicitation clause against a hair stylist. Yes, you read that right: the employer tried to restrict where its former employee plied her scissors. Amazingly, the court doesn’t say that the hair salon industry is categorically inappropriate for non-competes or non-solicitations. If anything, the court suggests the opposite, citing a 2007 opinion for the proposition that “Hairdressers are not fungible.” I’m struggling to see how widespread litigation in the hair salon industry improves social welfare. Yet, apparently that’s the inevitable outcome of allowing enforceable non-compete clauses in that industry, even if most lawsuits ultimately fail in court.

I’m especially interested in the court’s discussion about the non-solicitation clause–a provision that might even be enforceable in California. From the court’s distillation, it seems like the employer overreached quite a bit here, such as with this example:

The former employer next argued “Ms. DiFonzo has become Facebook ‘friends’ with at least eight clients of Invidia.” Overall, having hair salon employees develop social media connections with customers sounds like a positive thing as it’s likely to improve customer loyalty. For example, if customers are disloyal to their hair stylist and post photos of their new haircuts, they will be outing themselves to their hair stylist. And if the hair salon employee and the customer are bona fide friends (not the fake form of friendship so rampant on Facebook), then that relationship isn’t “owned” by anyone.

Finally, Invidia argued that it had an unprecedented wave of 90 customer cancellations after DiFonzo left. The court says:

[Invidia argued that] Facebook “is a significant channel of communication between Invidia and its clients.”…If these 90 clients are accustomed to communicating with Invidia through Facebook, they are probably Facebook-sawy enough to locate Ms. DiFonzo’s Facebook page after she left Invidia. So long as they reached out to Ms. DiFonzo and not vice versa, there is no violation of the non-solicitation provision of the Agreement.

This gets to the heart of the problems with employers’ efforts to squelch competition by their former employees in any customer-facing job. Ultimately, non-compete clause are designed to reduce customers’ ability to choose the professional service providers they want. If customers of a hair stylist are loyal enough to seek out her Facebook page, that’s the marketplace working exactly as it should, and overreaching non-compete/non-solicitation clauses only distort that market.