May 3, 2022 · by Eric Goldman · in Derivative Liability, Marketing, Publicity/Privacy Rights

Third parties created ads featuring Hepp without her consent. From the complaint (Hepp is the upper right image; the photo was taken from security camera footage): 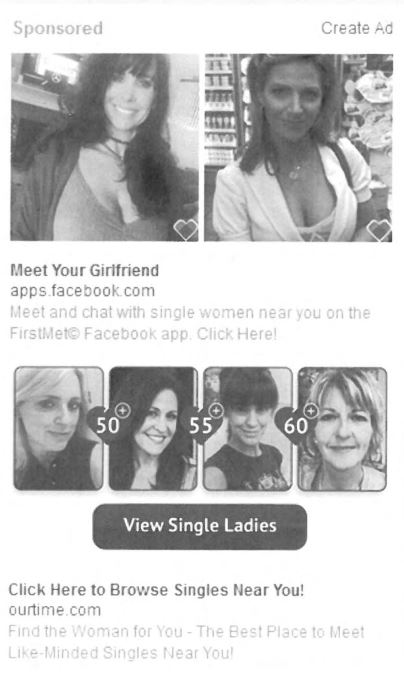 Statutory Liability. Facebook argued it wasn’t liable for the third-party ads because “it did not create or sponsor the advertisement; therefore, it was simply a mere conduit for its distribution.” Ugh. The court says it’s premature to resolve questions about the ad’s commerciality and Facebook’s scienter on a motion to dismiss. This rolls the case over into discovery.

Common Law Prima Facie Case. The court says this allegation is enough to survive a motion to dismiss the common law claim: “Plaintiff alleges that she spent considerable time and effort developing her brand image and that Defendant used her image for a commercial purpose without her consent.”

Implications. This ruling highlights the challenging world that awaits defendants if Section 230’s procedural fast lane isn’t available. (Some other cases applying common law principles when Section 230 wasn’t available: Roe v. Amazon, Sandler v. Calcagni, Vesely v. Armslist, Lunney v. Prodigy). Facebook has to resort to old-school arguments like “mere conduit” status, and the litigation becomes more expensive because courts will often allow discovery on the defendant’s scienter. If Facebook ultimately wins this case, it will achieve that result only after spending a lot more time and money than if Section 230 had applied.

However, without Section 230’s immunity, the substantive result may be different. Facebook is in the unenviable position of trying to defend a publicity rights claim over an ad featuring a person without their consent. In the publicity rights chapter from our advertising law casebook, defendants lose every case we cover. That ominous track record often motivates defendants to settle cases, even if they might have meritorious defenses.

[Note: the court formatted its opinion in an odd way. It included the substantive analysis as a 3 page footnote to the order denying the motion to dismiss.]