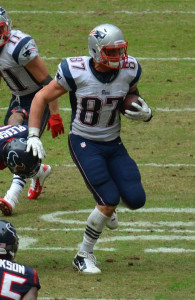 It’s unclear how McKenna obtained the photo in question (the complaint is curiously silent about that), but the plaintiffs allege the book cover included an engagement photo of them without their permission. This cover got lots of exposure during the media frenzy, allegedly leading to “ridicule and embarrassment.” The plaintiffs sued McKenna and his self-publication vendors, including Amazon, Smashwords and Barnes & Noble, for publicity rights and privacy violations.

The court dismisses the self-publication vendors from the lawsuit because, legally, they functioned more like book “distributors” than “publishers”:

this Court will apply the old standards to the new technology, treating the Corporate Defendants’ process as if it were next logical step after the photocopier. Just as Xerox would not be considered a publisher and held responsible for an invasion of privacy tort carried out with a photocopier, Corporate Defendants will not be liable as publishers for the tort allegedly committed using their technology.

You might be surprised that the distributor/publisher distinction has been discussed rarely in Internet litigation. Congress largely mooted that legal distinction in 1996 when it enacted 47 USC 230 (Section 230), the law that says websites aren’t liable for third party content–irrespective of whether the service would have been classified as a “publisher” or “distributor” under traditional legal principles. The court expressly sidestepped the application of Section 230 in this case, perhaps because Section 230 excludes intellectual property claims and many courts consider publicity rights to be an IP. See the discussion in Almeida v. Amazon, another book cover case.

I approached lawyers for the plaintiffs and the self-publication vendors for comment about this ruling. I haven’t heard (yet?) from the plaintiffs’ lawyers. Amazon and Barnes & Noble declined to comment. Smashwords wrote: “Smashwords agrees with and appreciates the ruling, which is important and consistent with the core values of Ohio and the nation’s first amendment.”